The latest of X series: The Nokia X+ 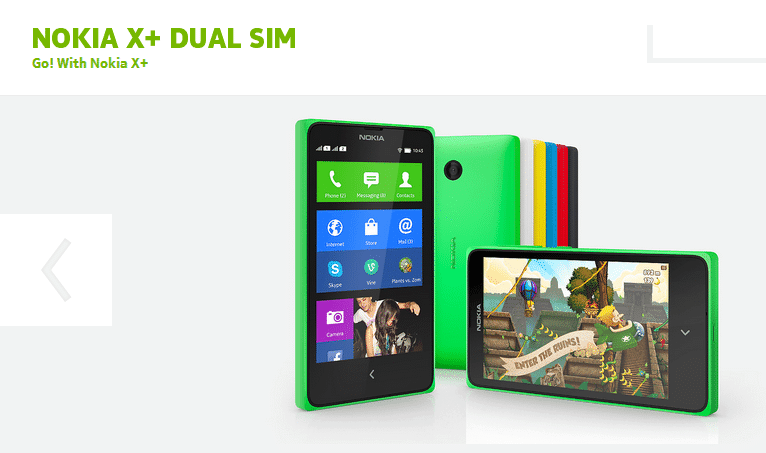 In addition, Microsoft Devices also announced that it has tied up with Airtel to offer users free unlimited download of Android apps for six months on the Nokia XL Dual SIM. As per the company, Airtel subscribers using Nokia XL will get up to 500MB of free data usage to download apps via the Nokia Store and the 1Mobile store.

Earlier this month, the Nokia XL Dual SIM was quietly listed at Rs. 11,489 on company’s online store. The Nokia X+ Dual SIM, as the name suggests, will come with dual-SIM (GSM+GSM) functionality. The Nokia X+ quite  like the Nokia X, comes with a 4-inch LCD display with a resolution of 480×800 pixels and offers a pixel density of 233ppi. It is powered by 1GHz dual-core Qualcomm Snapdragon S4 processor, while the Nokia X disappointed the users with just 512 MB RAM, X+ has got 786 MB of RAM.

Similar to other Nokia X smartphones, the Nokia X+ also runs the Nokia X software platform and supports firmware over-the-air (FOTA). It comes with 4GB of built-in storage, which is further expandable up to 32GB via microSD card. The Nokia X+ sports a 3-megapixel rear camera without flash.

Commenting on the announcement, Viral Oza, Director Marketing, Nokia India Sales, a subsidiary of Microsoft Mobile said, “After receiving a great response with the Nokia X, which introduced the category to this market, we are now bringing the much awaited Nokia XL and X+ to our consumers. Nokia XL, our flagship offering within the Nokia X family, comes packed with a large screen experience with a superlative front camera and a wide array of apps, offering a great Smartphone experience at an affordable price point. This will be further amplified through the X+ which will be simultaneously launched with the XL completing the Nokia X family serving as the perfect introduction to the world of Android apps, , coupled with signature Nokia experiences, and the most popular Microsoft services.”

So, now its your decision. Which Nokia X Series smartphone you wanna buy? Here’s a small comparison chart for your convenience. Check it out and decide. Nokia Lumia 520 is also there, in case you wanna buy an entry level Nokia smartphone. 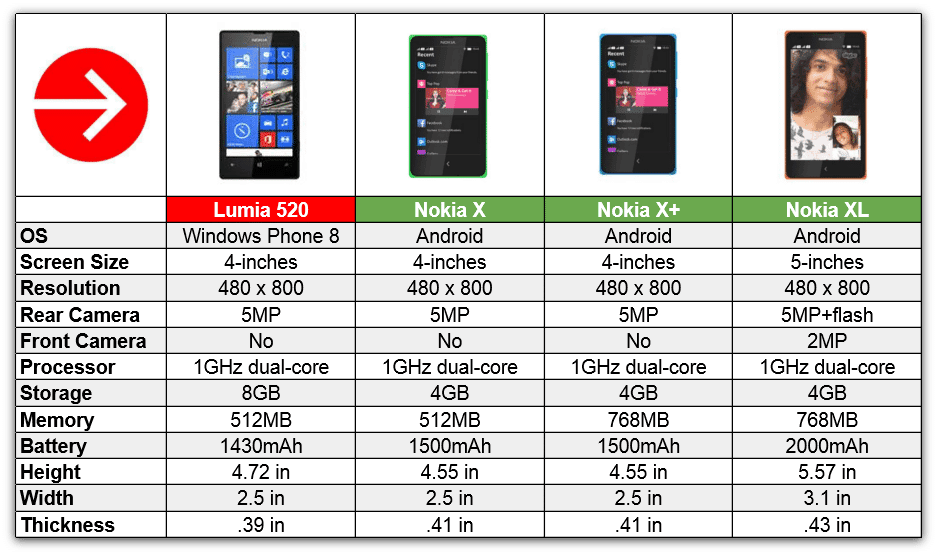