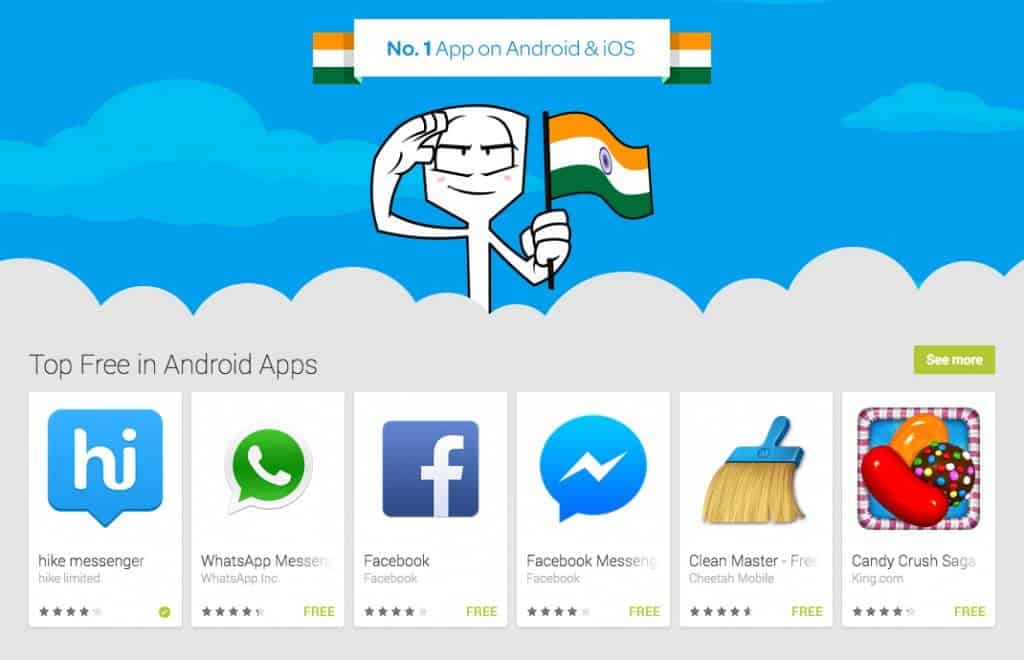 Till date, the app has over 20 Million users around the globe. They are adding over 300K users everyday. The company had recently launched its TV Commercial Ad campaign in India.

If you haven’t installed it yet, Get it from : http://get.hike.in