The All New Zenfone Max Review: A Smartphone & A Powerbank in A Compact Package

Remember our first impression on the new ZenFone Max (2016), now it’s been 2 weeks & I have tested the ZenFone max in every possible way & finally, here is the new Zenfone Max review.

The biggest nightmare for any smartphone user is running low on battery. And for the last couple of months, we have been watching various smartphone makers coming up with phones like Gionee Marathon M5 or Lenovo Vibe P1m & the old ZenFone max. All these phones have better battery life but still lack in major specifications.

To make a differentiation with other smartphone makers, Asus has revamped it’s old ZenFone Max in a different way keeping the balance between the specs and features and price. The new Asus Zenfone Max is the result and just like any other Zenfone, it’s quite similar in terms of looks, but has got major changes in the specifications. It has got the same design when you look at the front, with capacitive buttons (no backlit), shiny plastic and well even, this time, the power and volume rockers are still on right edges. Even this time, when you look at it from the back and open the back cover, you can find a giant 5000mAh battery (non-removable), which keeps the phone running and also, you can charge other phones using the OTG cable, but what has changed from the old ZenFone Max to the new ZenFone max? Well, it’s time to know the changes, & let’s start the new Zenfone Max Review (2016). Better late than never! Let’s move ahead to the design & build quality.

As I already mentioned, the new ZenFone Max is no way different from the old ZenFone Max in terms of looks & form factor. The phone is actually built on two pieces of plastic held together by a metal frame, just for a little premium feel that Asus tried to provide. I had that embossed leather feeling when I touched the back, but after all, it’s all plastic. The new Asus Zenfone Max is a bit heavy, weighing at 202 grams, well I can’t blame Asus for that as it packs a huge battery inside. Anyway, that textured finish and curvy design help to have a good grip on the phone during one-handed use. The volume rockers and power button are on the right and provide a good tactile feedback. Look at everything and the price, which is just Rs. 9,999 I must admit that the phone is well built compared to what it provides to users because look and feel are not the main things about this beast, the main feature is the battery backup, so I think I should not rant about it. :P

I’ve been talking about backlit keys for the ZenFone series, and still even in the new ZenFone Max, the backlit keys are absent. The concentric circle design is still there below the keys, giving a surreal look whenever I see it. On the top of the front side, there’s an earpiece along with a front-facing camera. On the rear side, you can find the primary camera placed in between flash & the laser autofocus sensor. At the extreme bottom, there’s a speaker grill & above to that you can find the ‘Zenfone’ brand name. As usual, on the top of the phone, there’s a 3.5mm headphone jack & the bottom of the phone, you can find USB port & mic.

Just like the old Zenfone max, the new Asus Zenfone Max comes with a 5.5-inch IPS HD screen with a 720×1280 pixels resolution resulting to 267ppi. You can get better phones, which offer fullHD resolutions at this price. However, no phone is perfect in every aspect. But the display is really dim, even at the highest brightness the display is just average. There’s an option to manually tweak the color saturation, however, don’t expect any miracle. Though there’s auto brightness feature, it always ends up dimming the screen in bright sunlight. I always rely on adjusting the brightness manually. In general, I use the blue-light filter, to protect my eyes, as sometimes the auto brightness mode ends up showing high brightness in low light conditions.  But, with its’ budget range, I see the phone’s display is worth.

I recently reviewed Honor Holly 2 Plus which is also for battery backup, this phone has very dull display comparing to the new ZenFone max. I would say, what Asus is offering this device for such a low price is worth every penny.

The best thing about Asus phones is they always come with Pixelmaster which boosts up the camera quality & the new zenfone max is not an exception in this case. It sports a 13MP rear camera with laser autofocus & a 5MP front-facing camera. Below you can find the different modes using which we can capture stunning pictures.

I definitely need to talk about the laser autofocus, well the focus on an object is very high & it gets it with-in seconds. I really liked this feature. Besides, the phone also takes great selfies, thanks to the beautification mode. Instead of talking, just take a look at the camera samples & you will know the quality. Below you can find few camera samples I took using the new ZenFone Max.

Now, let’s talk about the main part – the performance of the phone.

The new Asus Zenfone Max runs on Android M v6.0.1 out of the box with ZenUI 3.0 on top, which is an attempt to provide and intuitive experience to the users, however, it’s not close to stock Android anyway. The new ZenUI is very lightweight when compared to ViveUI or some other UI found in different phones. There is an inbuilt option to lock apps, you can customize the app drawer and can also pin a screen when you are just working on something or watching a movie, and the screen won’t get unpinned until you do it manually. 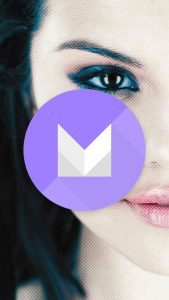 As expected, there is bloatware. And some of them can’t be removed at all. This really hangs the phone a lot. Anyhow, the major difference you find in the old zenfone max to the new is the chipset & the processor. The new ZenFone max is powered by a 1.5GHz Qualcomm Snapdragon 615 octa-core processor & Adreno 405 as GPU. It has 2GB of RAM (3GB variant is also available) and an inbuilt storage of 32GB which is a major asset in the phone. The old Zenfone max was powered by quad-core processor & Adreno 305 as GPU. Besides, it was still running on Android v5.1.1 Lollipop & has only 16GB of internal memory. All these specifications are powered up in the new ZenFone max to make it an all-around usage phone besides the major feature of the best battery backup. So, with the power-up, how well the phone performed? well, the phone hasn’t reached my expectation.

As already mentioned, the phone has lots of bloatware which makes the device very laggy. Sometimes, the apps shut down automatically & we cannot open it until restarting the phone again.

Coming to the gaming, I’ve tried the Asphalt 8: Airborne which played without any lag. I was able to minimize the game & did a little surfing & again went back to the game. Well, the gameplay was normal & hadn’t found any lag but heating was there. I’ve faced the heating problem when I browse using chrome app for more than hour. Though the heating was very little, I should say this will have an adverse effect on the phone’s battery life.

This should be the major asset in the phone, well I say it’s not up to the mark. As explained in the performance, excess usage of any app makes the phone heat up, thereby dropping the phone’s battery very fast. In normal conditions, I would say, the phone lived up to the expectations, but on data mode, the phone’s battery vaporizes like water. Even on Wi-Fi, the discharge of the battery is very fast, so I should always turn-it-off which I see as a disadvantage.

Another major drawback on the phone is it takes a lot of time to recharge. To power up the huge 5000mAh, I should wait for at least 6 hours which really kills my patience. So, I always end up using the phone on low battery. But, it’s good to see, I can access everything even on the low-battery & as said, without the data mode, the battery discharges very slowly.

Before giving a conclusion & see if it’s value for the money, let me address few problems I faced that Asus should fix it as early as possible.

These are some of the major problems I am facing with the new ZenFone Max.

I should say, yes! Well, with all the major specifications & a big battery for such a low price tag, it is definitely worth every penny. Just there’re some issues which should be fixed at earliest, besides everything’s fine with the phone.

Look at everything and the price, which is just Rs. 9,999 I must admit that the phone is well built compared to what it provides to users because look and feel are not the main things about this beast, the main feature is the battery backup, so I think I should not rant about it. :P