Technological advancements happen every day, improving all facets of life. Thus, it should come as no surprise that we now live in an age where technology plays an integral part in sports. Even though two decades ago, virtually all of them were tech-free, including football.

Naturally, when people think of the tech-football connection, the first things that come to mind are referee assistance, the supply of second-by-second EPL scores, which is keeping the football lovers awake now as matches are scheduled till March 2022, and those from other top leagues, as well as game analysis software. However, the reality is that technology now gets used in pretty much all football dimensions imaginable, shifting how people perceive and play this game. Remember how a paraplegic man stood up from his wheelchair and made the first kick in FIFA 2014? How was it possible? Thanks to neuroscience.

Likewise, below, we take a quick dive into this subject matter, reviewing a few examples of how people and business entities have applied science to improve the planet’s favorite pastime. That holds for both how the game gets played and enjoyed by spectators.

Likely the most famous football training machine ever is the Footbonaut. It fires balls at players inside a fourteen square meter cage at different speeds and trajectories, helping them attain better first touch control and reaction time. A ball in the Footbonaut can fly or drop out of multiple positions at varying angles and speeds, and players have to control it, passing it to a highlighted square. There are over seventy of these in a cage.

The Footbonaut is not new, as it has been around for over ten years, developed by Christian Güttler at the start of the 2010s. It gets used by top-end clubs like Borussia Dortmund and Hoffenheim, and Mario Gotze credited him practicing with this machine for his 113-minute goal scored in the 2014 World Cup Final against Argentina. The Footbonaut has not attained widespread use because it comes with a hefty price tag of a little over $3.5 million. Thus, only wealthy clubs can afford to splurge on it. Moreover, only one player at a time can practice in its robotic cage. That makes clubs having only one of these expensive devices somewhat unpractical and more suited for individual player development.

The ESA Precision Wall is another toy that only costs a pretty penny. Liverpool and other English Premier League teams own it because the company behind it, ESA, is UK-based. It provides an innovative range of equipment designed to improve football performance. These include smart goals, circuit panels, and ball-control pits. Their Precision Wall features revolutionary technology that facilitates the creation of unique exercises that test shooting accuracy. ESA products have gotten endorsed by five-time Ballon d’Or winner Cristiano Ronaldo.

Older hardcore footie fans likely know that FIFA and UEFA have been experimenting with goal-line technology since the early-2000s, testing it at the youth level. However, adding chips in balls and sensors on the goalposts proved ineffective, as this system could not 100% accurately determine if a ball had passed the goal line entirely. According to former FIFA president Sepp Blatter, the chip-sensor combo was only 95% effective, which FIFA deemed unsatisfactory. The objective of GLT, or goal-line technology, is not to have the final say in a situation where there are doubts if a ball has passed the line or not, but to help referee’s in the decision-making process.

In 2012, after years of research, the International Football Association board finally ruled to approve the use of such digital assistance, amending the codified rules of association football. Unfortunately, due to its multiple-camera setup that focuses on each goal from an elevated position, and the expenses incurred by this, only a few major European Leagues use this system. Hawk-Eye is such a popular computer vision system that tracks ball trajectory and shows a profile of its statistically most-likely path, called a Shot Spot. Sony owns the Hawk-Eye system, which got developed in the UK by Paul Hawkins. It initially got implemented in cricket back in 2001. Yet, over the years, its claim to fame has been its association with tennis. Football-wise, it made its debut in the 2013-2014 season in the English Premiership. From 2015, it has also gotten used in the Bundesliga.

Video Assistance Referee is a referee consulting system that became official in 2018 and has been the cause of much controversy. It entails the on-pitch referee consulting with a team in the operation room regarding debatable decisions. The latter tracks all game activity, evaluating it using four reviewable categories. They use advanced software and footage from multiple cameras to make accurate choices. The VAR project originally got conceived in the early-2010s by the Royal Netherlands Football Association, who tested it in the 2012-2013 season of the country’s top football league – the Eredivisie.

Undoubtedly, success in sports is primarily due to natural talent. However, identifying issues during development is vital in ironing out kinks, optimizing preparation, and ensuring the best possible performance.

Playermaker is currently the top wearable football tracker on the market. It is a rubber band that slips on a shoe and tracks possession, ball touches and releases, kick velocity, distance ran, and more. It measures all this data throughout one football session and compiles average performance stats that users can share with others.

EPL clubs, Fulham FC, is a fan of Playermaker’s technology utilizing it in its youth categories. Currently, over half of MLS clubs do the same. Playermaker’s UNO app targets amateur players and provide an almost identical service as their premium one. It costs around $250 for individuals and supplies fifteen unique performance indicators. The company is working with more than one hundred clubs in the US and over fifty Division one colleges.

However, Playermaker is not the only player in this sphere, pun intended. Xampion offers similar tracking technology with many of the same performance metrics. It communicates this information via Bluetooth to the Xampion App. The built-in batteries of the Xampion sensors can last up to twenty hours, and the minimum training session required for data accumulation is fifteen minutes. 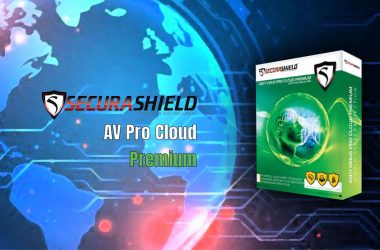 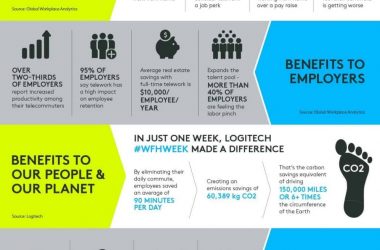 Logitech International, A Swiss provider of Personal computers and Mobile peripherals, is celebrating its second annual “Work From… 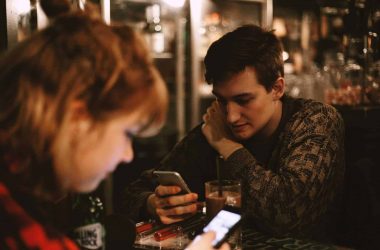