It’s been almost 2 years since the COVID-19 pandemic took a toll on our mental & physical health. We weren’t used to it and had been stuck to online meet-ups for a while. We even wrote a piece on love in the time of Corona to help Gen-Z & Millennials, and if you missed it, you should read it.  So, maybe because we’re so into online chatting, we tend to lose interest in talking to people over the phone or on video calls. We do agree that there’s an uptick in the number of calls we receive daily. It could be a call from work or a long-distance friend, but we’re so exhausted from it.

Not many are socially competent and we wish we were. In addition to that, the pandemic affected our social life, and we can’t argue about it. Now, talking with people has become tough, especially if you have to meet them first! There’s plenty of potential for awkward situations, and if something goes wrong, you might have to wait a good long while before the next chance for socialization.

We’re so used to these online dating apps and get into a trance that we will find a match, talk, and get into a relationship, but it’s not as easy as it seems. Not getting matches isn’t the worst thing that could happen to you; it’s the ghosting that’s going to hurt you the most. There isn’t a proven strategy to win here, but the only thing that matters is how you talk. People tend to act/converse differently over the chat than on video calls and on a phone call. There may be ways how you can meet people without using online dating apps, but again, it all comes down to your social skills.

So, what should you do? Random video chatting –  there are tons of apps like Omegle, Camsurf, ClubHouse, Kik, and more that let you talk & meet random people on the internet. You have to work on a different dynamic entirely, but it’s time that you begin talking to people.

Between features that act as safety nets, and thousands of chat partners to choose from, you could find yourself considerably more chilled-out while random video chatting.

With a more relaxing environment in which to hone your social skills, you might even end up with more confidence for your in-person conversations as well. Even if you don’t necessarily need that to happen as a result of video chatting, it’s still a great way to make some friends in your free time.

Remember the feeling of test-day nerves? It’s possible to get that same feeling (to some degree) every time you talk to someone you aren’t familiar with. Why? Because we often approach interactions the same way we do tests: they’re something we have to get right or face the consequences. Maybe you’re nervous about making some gaffe and getting snickered at. Perhaps you could be the subject of gossip if you don’t succeed at forming a connection with someone you just met. Whatever the case, there could be way too much stress involved in a supposedly “normal” conversation.

Not with random video chats. Your chat partners don’t expect you to act a certain way, and – even better – you can ditch any chat you want if you think it’s going south. And if you’re chatting anonymously, which is typical on a chat site, you’ll disappear from your chat partner’s life the second you exit the chat. Leave one chat, start another from scratch, rinse and repeat. It’s both simple and foolproof, and it relieves a lot of the pressure you might feel to get everything right the first time.

Are you the type of person who constantly censors themselves, so their dirty jokes won’t offend that one person in the room who might object? Maybe you’ve always secretly thought that Kanye West is over-hyped, but you don’t dare bring it up in front of anyone you know.

Whatever the situation is, most people have some part of themselves that rarely sees the light of day. But what if you went on a random chat site? You could still run into people who disagreed with you, or even judged you, but what are they going to do about it once you leave the chat? Nothing – once you’re gone, that’s it. You both find new chat partners and start new conversations.

With this kind of flexibility, it’s no surprise that some people take advantage of it. Not always in a productive way, but you can’t have everything. What you can have, though, is the chance to express yourself as openly and bluntly as you want. This could mean bringing up sensitive subjects, while also meeting your chat partners halfway; it could also mean saying whatever you feel like and letting your partners react however they react.

You can find your groove on a video chat site – and nobody can stop you!

There are fewer rules.

It happens to the best of us: we show up to some social event and realize that we know exactly zero of the inside jokes, obscure movie references, and unspoken rules. It’s a terrible feeling to be mingling with a ton of people and realize that you’re the odd one out, but you’ll never feel that way while random video chatting. Everyone’s a stranger on a video chat site, and aside from the terms of service, nobody can tell you what the rules are.

Even so, it doesn’t hurt to be friendly; going the extra mile for the right chat partner could result in your next online friendship. Consider introducing yourself at the beginning of the chats, and ask your chat partner if they have anything on their mind instead of launching into something you already thought up. It might not mean much, but it does show that you’re ready to make friends and that you’re looking out for more than just yourself.

Getting a conversation started is easy.

Have you ever tried to talk with someone who just isn’t having it? It’s like trying to walk uphill on an icy road while barefoot – it just won’t happen no matter how hard you try. Futile attempts at conversation might be the best you can hope for if your options are limited, but on a video chat site, you can always find someone willing to talk with you. This might not be the case for every chat partner the algorithm pairs you with, but it’s just a matter of time (and maybe a little patience) before you find the right person.

There’s always someone new to meet.

One of the many limitations of sticking with just real-world interactions is that you only have a certain number of people to interact with. Whether you’re constricted by time, distance, or you just live in a small town, meeting loads of people regularly takes a lot of work.

Then you have video chat sites, most of which have thousands of people online for you to meet. No matter how much time you spend random chatting, you’ll always have a new chat partner ready to go at the click of a button.

Random video chatting may not be one of your strengths – but eventually, it could be! Even if you just wanted to use up some free time, you could end up boosting your social confidence as well. 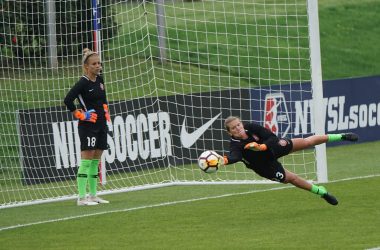 Traveling with different technological gadgets keeps you connected with the world. It has also made traveling much more… 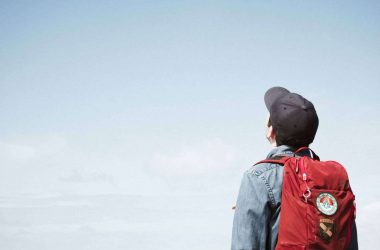 Planning a trip was a lot like playing Dungeons & Dragons. At least, that’s how it seemed to…