Ad Blocking: A brief history through Android and Time

Ad-Blockers will not be new to you in case you’ve been using the internet for quite a-while. While advertising in itself isn’t bad, it sure has changed though, over the years, and the issues users face, have been brought to limelight for quite a-while now. With focus moving from televisions to screens, someone had a brilliant idea – Targeted Advertising. For those of you this sounds new, it basically is like stalking you, getting to know you, and trying to sell stuff to you (like door-to-door salesmen). This is considered an intrusion of privacy; and for those of you who consider this to not be; please say which part of “Lemme go through your mails to decide what you’re interested in” sounds privacy-friendly to you?

Ads have taken their fair share of screen-space on desktop, and while the real-estate (screen-size) on devices started out low, it turned out to be costly. Smartphones and other internet-devices were target of advertisers, to try get us to buy their products, be it anything. Even though the real-estate prices have gone down (bigger screens); Advertising hasn’t changed. While the normal day-to-day browsing experience has its fair-share of ads, mobile apps brought forward a solution. Thus began the slow intrusion of advertisements into apps. Even further worsening the situation was Google themselves creating a platform around this, AdMob (rather like: Mob the users with Ads).

At this point, I’d say: I have no problem with ads. Absolutely none whatever. If they do not choose to target their advertising towards me and if they choose not to be intrusive. Its that simple, really.

Given the two points above; choosing not to be targeted for ads is questionable. Though Google allows you to opt out of their ‘interest’-based advertising (targeted advertising just seemed a bit straight-forward or bland to them, I guess), you don’t really have an idea of what’s going on behind the screens.

Coming to the latter, about ads being non-intrusive isn’t an option that you have these days. Depending upon the whims of the person owning the website/app, you are either faced with a couple of well-placed, non-obtrusive ads, or this:

While both can’t be termed non-obtrusive, FileHippo’s page is at least ‘decipherable’ and one can easily figure out ‘one’ download button as opposed to four-five different download buttons.

Herein lies the problem. This is why many people choose to use ad-blockers. They pave the way for non-obtrusive web browsing.

The same CNET page, a year later, with AdBlock

Coming to Android, web-browsing can be a harrowing experience, with advertisements popping up all over the place. 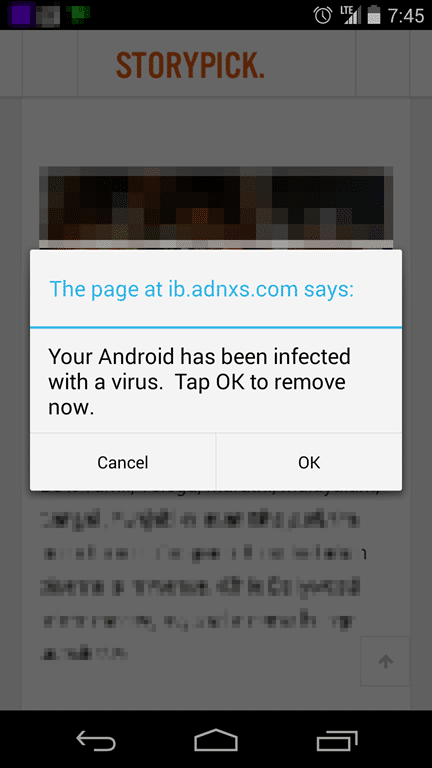 Your games aren’t spared too! 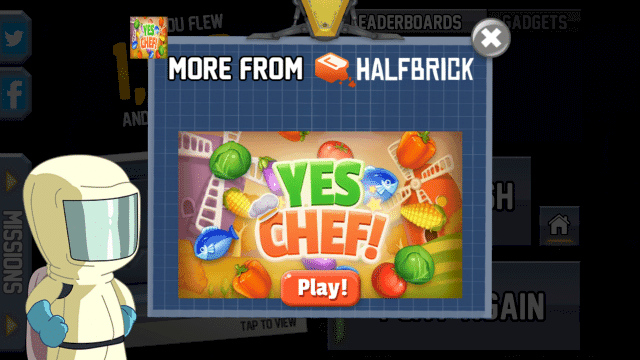 Jetpack Joyride to a cooking game? At least that doesn’t seem targeted. Or maybe it is? 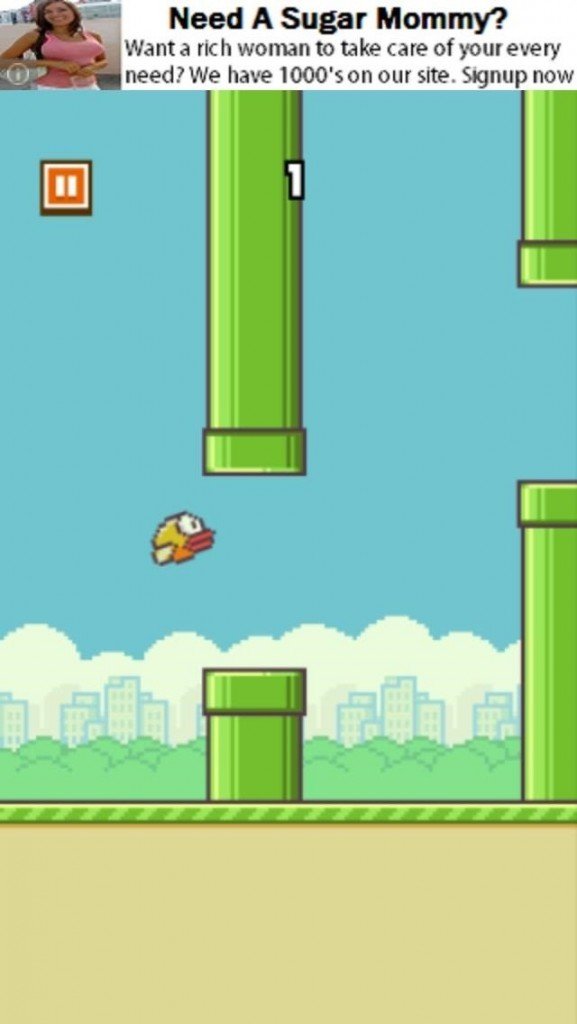 How’d you expect me to explain a ‘sugar mommy’ to my 5-year old nephew? Heck, even I don’t know.

This is exactly why ad-blockers are preferred by many. Now, since Android has always been about apps (mostly), a solution should not just include the browser, but the entire operating system as a whole. So, what are the options?

1. AdAway (ROOT)
Rooting your device comes with many many perks. Blocking ads, is just another. AdAway, available on F-Droid does what it says: Gets rids of ads, for good. It does this by modifying a system file, /etc/hosts/  by which all the ad-servers are blocked on your device. 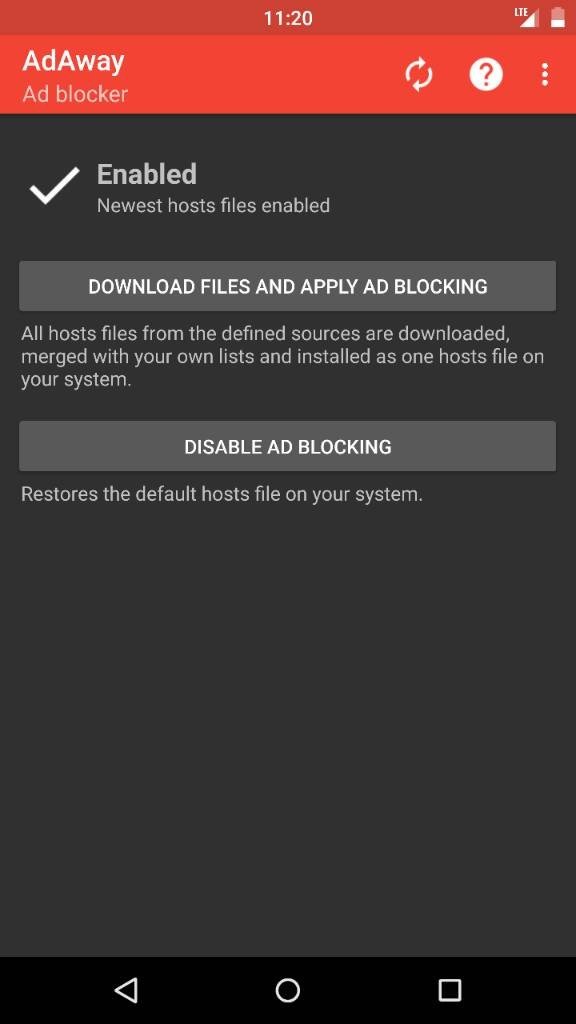 Note: The 3.x Adaway builds only support 4.1 (JellyBean) or greater android versions. If you have an older version please use the 2.9.2 version.

Haven’t rooted your device (yet)? No issues. With Android, there’s always a way. AdBlock Plus, on their quest to liberate their users from ads, have provided a simple solution for non-rooted users. What you need to do: is download AdBlock Plus, and follow the instructions, simple as that!
The instructions?
1. Install AdBlock and enable it
2. Connect to the internet using the proxy localhost:2020
You also have an amazing detailed guide here by the folks at Adblock Plus themselves. 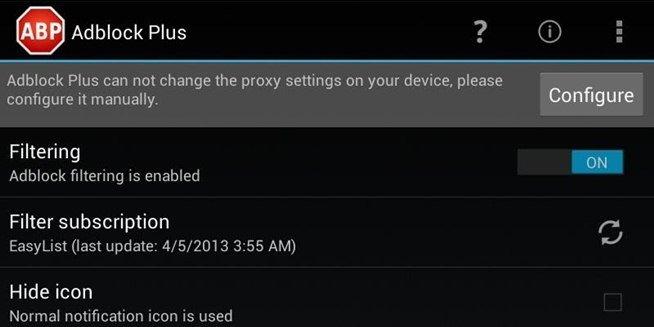 Note: You are likely to see a few Google Ads even though you set up everything correctly. This is part of Adblock’s “acceptable-ads” program. Supposedly, Google and other big companies pay AdBlockPlus to white-list their ads as non-obtrusive, but you can walk out by un checking the “Allow acceptable Ads” option.

Though this isn’t as effective as the above two options which disable ads system-wide, it at-least provides a quality, non-obtrusive web-browsing experience by blocking ads.
Since Chrome doesn’t support extensions as of yet, it isn’t an option here. Firefox, on the other hand, has partial support for extensions, and thus you can have AdBlock Plus up and running with Firefox for Android in no time at all.

4. Airplane Mode (Apps only)
This is a quick-fix for temporarily disabling ads on all your apps. Turning on the “Airplane Mode” in your device disables ads within applications, so that you can safely give your device to your 5-year old nephew without worrying about answering questions later.

Bringing to a close this article, I’d point out that not all adware is malware. It is thanks to advertising revenue that we have a lot of free apps today. Backflip Studios earn around $100k through Advertising revenue (around half their revenue, the other half coming from in-app purchases), thanks to which they are able to provide us with great games like Paper Toss; while also being non-obtrusive around placing advertisements in the game. Advertising is the main source of income of some developers; and are thus one way of providing all features; the other being: Making the app severely dis-functional, and asking the users to pay for (previously included) ‘extra’ features. Being an FOSS developer, pouring effort and time for the benefit of others is an option, as long as you have other sources of income that help you pay bills.

So, till the dawn of non-obtrusive advertising.