You must have met someone till now, in this era of cell phones and smartphones, and what not? So many wireless bands, too many communication options, and all fitted on the phone, but I bet you have met someone who would say that using too much cell phone may lead to cancer, but what exactly is the logic behind this? Another thing, if you live in India, you must have seen that on every radio tower has a warning sign with the text written ‘Non-Ionising Radiation.’ Well, I could never understand that logic behind putting that sign, but okay, so today we will talk a bit in detail about cell phone radiation and see if it’s just a myth or, in reality, using cell phones can lead to cancer?

First, let’s talk about what kind of radiation can give you cancer. Radiation can be of two types, in this context- Ionising and Non-ionising. Ionizing radiations are dangerous for sure, which can damage your DNA, but you shouldn’t be around one since you don’t face a nuclear disaster every other day at work; neither you get into those huge X-Ray machines every day for fun. That’s what is more dangerous, but instead, you are with your cell phone which doesn’t possess such threats as the cell phone radiation is non-ionizing and well, that fact people say that you shouldn’t let any carrier set up a radio tower near your house is utter bullshit, and there is a reason.

Once you live in an area where there is a radio tower within a radius of about even 2 kilometers, you are under excellent coverage, and distance has nothing to do with this case. However, distance and obstacles have a significant effect on signal quality. It varies across different radio bands, and with the introduction of 4G LTE, carriers are facing similar challenges every other day to ensure the best quality of service. But be sure that you’re not escaping the radiation unless you’re not in some remote area or don’t use a cell phone.

Regarding this matter of debate on the cell phone radiation, the American Cancer Society says, “Cell phones work by sending signals to (and receiving them from) nearby cell towers (base stations) using RF waves. It is a form of electromagnetic energy that falls between FM radio waves and microwaves. Like FM radio waves, microwaves, visible light, and heat, RF waves are a form of non-ionizing radiation. They don’t have enough energy to cause cancer by directly damaging the DNA inside cells. RF waves are different from stronger (ionizing) types of radiation such as x-rays, gamma rays, and ultraviolet (UV) light, which can break the chemical bonds in DNA.”

Now, this explanation is wholly based on what we know till now about Ionising and Non-ionising radiations, and this is true. As mentioned earlier, the RF energy is what we need to worry about, and the amount of RF energy that gets transmitted from cell phone to user is known as Specific Absorption Rate (SAR). This SAR value is to be mentioned on every packaging of every single handset, and it is also mandatory for the manufacturer to disclose the same to FCC or in India, the Government keeps an eye on it. Well, the value is not constant and may vary depending upon the usage type, and sometimes the amount of RF energy emitted may be higher than what is and mentioned by the manufacturer.

Is there any practical evidence that proves cell phone radiation causes cancer?

The answer is affirmative and also unfavorable. Most of the studies and experiments were done in the lab have supported the idea that RF waves do not damage the DNA. But, some scientists have reported that the RF waves from cell phones produce effects in human cells that might help tumors grow. But at the same time, when the test was conducted on mice exposing them to radiation, no such evidence was found.

The US National Toxicology Program (NTP) performed a few tests to find out the answer. They exposed large groups of lab rats and mice to RF energy over their entire bodies for about 9 hours a day, starting before birth and continuing for up to 2 years. However, they got some evidence, but as it seems, the male rats were affected a little exposing them to risks of a tumor, but there was no increased risk among female rats. So, there are some chances that RF radiation can affect health.

Recently, another study found out that when people had a mobile cell phone held up to their ear for 50 minutes, brain tissues on that same side of the head used more glucose than the other side of the brain. However, it didn’t indicate any unusual effects or hazardous effects.

Any practical test on humans ever got conducted?

Not a test, but a kind of survey helped scientists analyze the effect, but it doesn’t point in any direction at all. Most of the patients with brain tumors were found to be regular cell phone users but didn’t use the phone for more amount of time than those who aren’t affected. Most of the studies show that brain tumors don’t appear on the side of the head where people used to place the phone near to it, but maybe on the other side as well. But some studies published by the same research group in Sweden have reported an increased risk of tumors on the side of the head where the cell phone was held, particularly with ten or more years of use.

So, should we believe it or call it a myth? Well, even Scientists have mixed opinions on this, and it’s pretty hard to conclude as there’s no substantial evidence proving cell phone radiation causes cancer or the opposite.

Well, it’s still a puzzle for us, but here’s what we can say – ‘Prevention is better than cure.’ So, if you’re the kind of person who believes that cell phone radiation causes cancer, then here’re the steps you can take to avoid the radiation [ideal cases]

If you’re the other kind of person who doesn’t believe cell phone radiation causes cancer, then here’s what you can do –

No matter how many times OEMs or government institutions conduct seminars explaining this, people will still believe what they want to! So, no matter what we do, we can’t change the fact unless we have tangible proof. Until then, let’s call it a myth! But we can say one thing, the more you get addicted to something, the sooner you’ll lose your life. So, be cautious in how you use the technology. 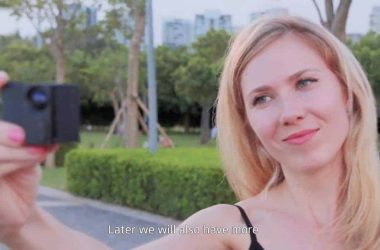 You’d Have Never Seen an Action Camera With These Features! 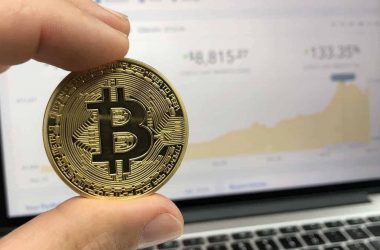 Should You Invest in Bitcoin In 2018? Well, We Have an Answer for You!!