Facebook is now just like a whistle blower on the internet with lots of surprises and new strategies, and Mark Zuckerberg surely wants to rule the web smashing Google. We have already got some little hints about this for a few months, after some acquisitions, new plans and strategies.

Last week, Facebook unveiled their simple payment solution which will be available in the US within a few months and people will be able to send or receive money among their friends. Basically, Facebook is looking for a chance to be an all-in-one platform for everything. And now, it seems Facebook is into the world politics and peacemaking with their new page, Facebook Peace. Well, this is a good move by Mr. Zuckerberg if he really wants to brings peace to the world, but I found the stats on the page quite surprising and literally, it blew my mind. This is not because the page is cool or have been designed beautifully, not the page has much information about peace or anything like that, not anything related to UN, Gates Foundation or contains some great quotes from Nelson Mandela, this is because of the very limited statistics, limited, but mind blowing and also, I feel a little unsafe on Facebook after I saw that, because this is too good to be true. 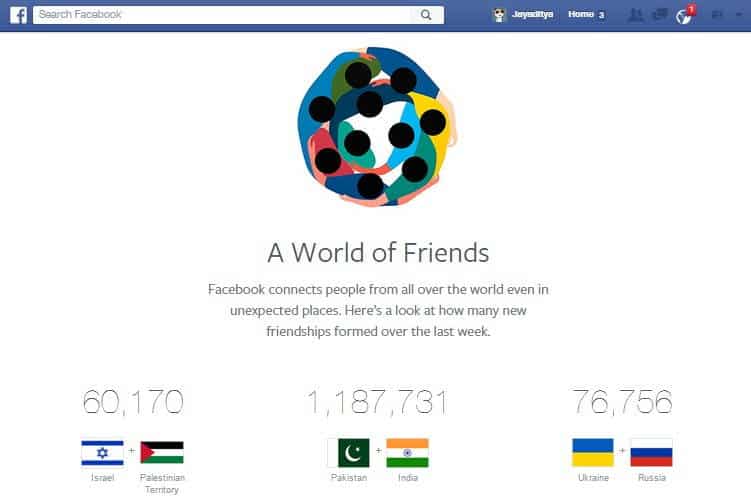 The shocking thing about the stats posted on the page is that, we can see that most rivals nations are having the people who are getting friends with each other. And trust me, if you are an American or Chinese, you are surely gonna flip out of your chair right now after you read the stats. So, according to Facebook, is the last week 60,170 people from Palestinian Territory and Israel became friends, the number is 76,756 for people from Ukraine and Russia who became friends, and the highest number of bondings was found between India and Pakistan, rivals from the same undivided nation- the number is 1,187,731 which is massive and though I am no one to speak about the authenticity of the data, but I think you will find it too good to be true. Everybody knows that these countries are rivals to one another and basically, among them India and Pakistan are not that much developed nation that people will have a very wide and open mindset, then how it became possible?

So, this is a kind of 50/50 chance of fake vs. real accounts, may be, but this data will help a lot of people to be aware of the fact that this world is developing fast and people now want their jobs to be done or just wants to be in peace, forgetting bitter past and wars. This is not just about rivalry, politics or any other thing- the fact is that we need a clear data. So, what do you think about this move from Facebook? Will it help, or will these stats make people afraid of the identity theft or cyber crimes? We are free to accept opinions about this sensitive and controversial matter, let us know in the comments section below. And, I thanks to Abijith for pinging me up about this sensitive, yet interesting piece of news. 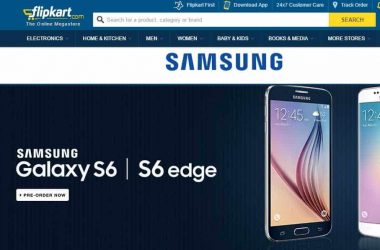 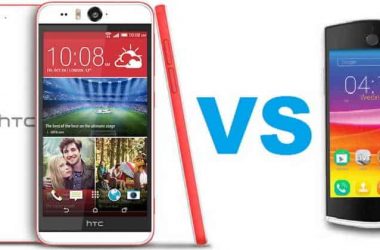