Now after a decade of being the largest video sharing site on the planet, YouTube may soon face a tough competition from the social networking giant Facebook. Till now, YouTube has worked great for individuals as well as organizations to showcase their talent and work. For common people, YouTube has also helped in making money from their YouTube channel. But, we have got some news, which indicated that facebook may soon start paying for videos. 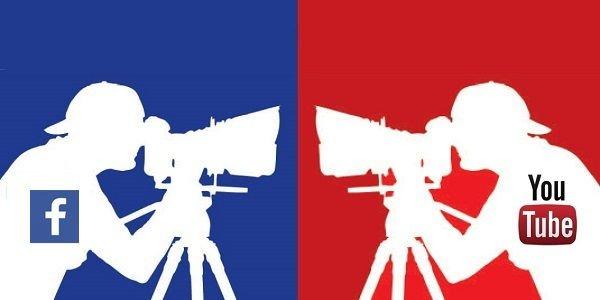 Facebook is now trying to attract media giants like NBA, Fox Sports and others, and offering a revenue split from the total share of the profit that Facebook earns from their videos. This step is not out of some kind of generosity or willing to help the brands, as Facebook has a viewership of about 4 billion videos daily. And Facebook has now only one aim in this context, just get more and more brands come and upload their videos on facebook and making more revenue out of it. Which will ultimately, may be throw YouTube out of the market. In the past one or two years, Facebook videos have grown in numbers very rapidly and Facebook is now trying to work as both a social network and a video sharing site, along with IM services which includes Messenger and a dedicated platform under them for video and photo  sharing, that is Instagram.

What kind of revenue split up Facebook is going to offer?

Facebook has decided stick to some kind of similar revenue sharing mechanism just like YouTube. Facebook will split the revenue 45-55, where the social media giant gets 45% and the rest goes to the video creators. So the revenue splitting is same as YouTube, but facebook can help in getting massive reach for a video, which is not so possible on YouTube as Google+ is a flop, practically. Also, Facebook will suggest videos to people depending upon interests so that people don’t need to search for it. Moreover, the algorithm that Facebook has decided to use would be targeting the users as per their interests while showing more videos in the Suggested Videos Feed, much like the News Feed.

Facebook has been offering videos for a long time now, but using the pre-roll ads now would be where it is going to earn a lot more. The social network has had many changes to its business model in the past couple of years to top the social network list and is still rising. by the way, don’t get excited if you are a video maker or YouTuber, like current ad algorithm, Facebook is more likely to provide massive reach to large companies rather than your small business, so I guess it is better to stick to YouTube if you really want freedom and of course, you can boost your video reach via sharing options on YouTube, like Google+, Facebook, Twitter and much more. So, why waste your time on starting everything from groud up? Well, if you have already grown big on Facebook, it is definitely gonna help you, or else, I don’t see much hope for small business or individual video makers

We don’t know yet, when Facebook will be implementing this, until then YouTube surely stays at the top of the searches when it comes to digital videos. And even after facebook’s new step, we guess it will take some time to top the digital media market.