This is just a random small tutorial for social networking freaks, as some people asked this question how to post to all networks at once, we came up with something easy enough. 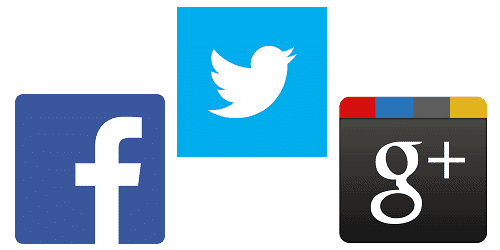 “People wanna go on the internet to check out their friends’ so when I build a website that offer that friend’s pictures, profiles and talking about taking the entire social experience of college and putting it online.”

Most people are familiar with the lines written above. Yes, these are some of the thoughts of Mark Zucherberg that were reflected in the movie The Social Network and it shows why we need a social network. Taking the entire social experience of college, it mentions, but actually it revolutionized the way we thought about social networks. It’s 27th September, 2014 and right after three days, we will say goodbye to the oldest social network and probably one of the most popular social network that we used to use in our early teenage, well, Orkut is shutting down permanently on 30th Sep, 2014. Orkut will be a past, but now new players are there to rule the world and speaking about social networks, Facebook, which started from a dorm room in Harvard University seems to dominate the entire world of social networks and the top 3 players in the list are Facebook, Twitter and Google+. Google+ could not have been here if Facebook was not invented, actually the relationship between Facebook and Google is simple as math, they just don’t like each other. And now, most people are very concerned abut sharing whatever they do, wherever they go and everything else on the social networks and I have many friends, among which actually some needs to be active on all the networks for professional purpose and to reach out to more people. And some are there, who are always online, talking to one another on social networks, tweeting and updating everything they like, who wanna get connected on all three of them. So, I came up with this thought of making it simpler and easier, where you don’t need any app or any special tool to post to all social networks at the same time. This is a step by step guide, follow it carefully or else you may mess up everything. 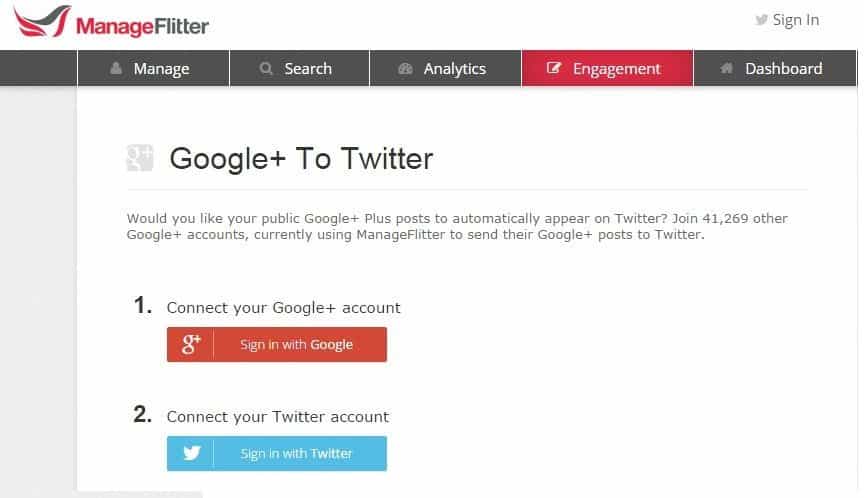 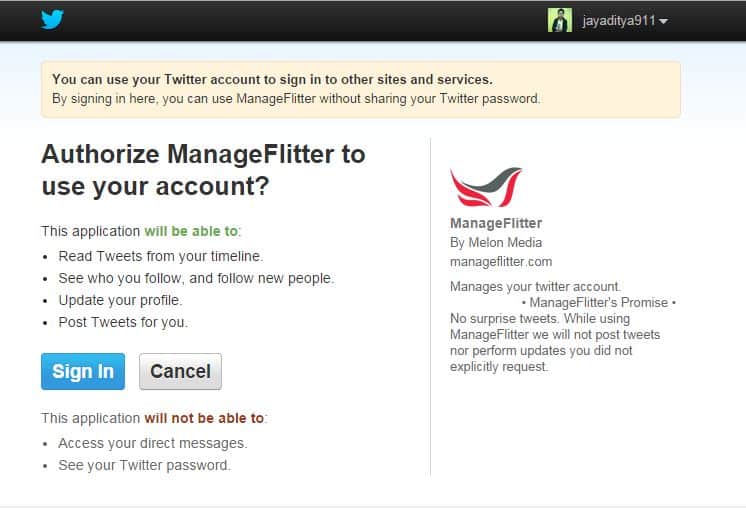 Now select ‘Sign in with Google’, you will be redirected to Google+ authorization page if you’re already logged in, otherwise log in and hit the ‘Accept’ button.

When you accept, you will be redirected and it will show that you have connected your Google+ profile to Twitter. Now, whatever you post on Google+ will be automatically posted to Twitter also. Below that there is an ‘Advanced options’ area where you can customize a few things. 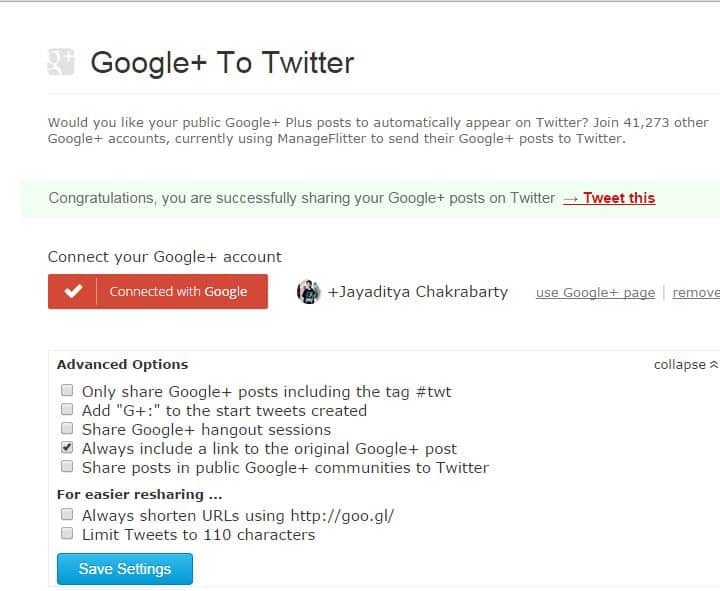 For now, you will be able to post to Twitter whenever yo post to Google+, but what about Facebook? We need to connect all three social networks, but there are no options here, so we will just make a chain. Go to https://twitter.com/settings/profile and at the bottom of the page you will find a section ‘Facebook’. 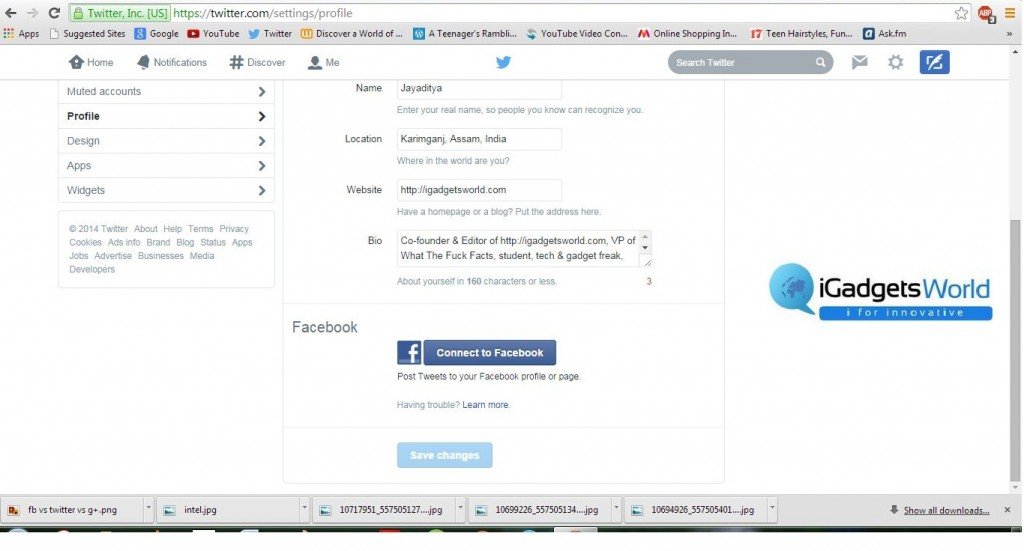 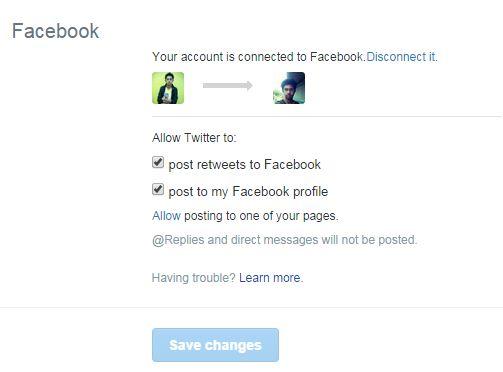 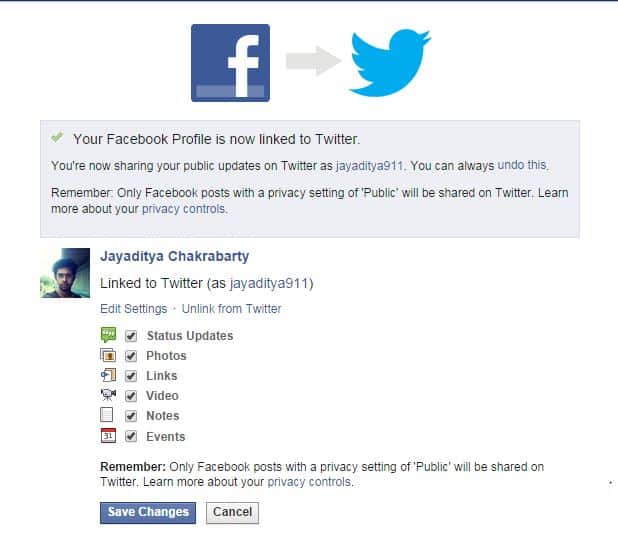 That’s a very short and easy method for posting to multiple social networks, if you still have any doubts, you can contact us below in the comments section below. Otherwise, you can also directly message us to our official Facebook page or tweet to us at @iGadgets_world on Twitter. We will try to get in touch with you as soon as possible.