After the  HTC recent release of its flagship smartphones: One M9, One M9+, and the new J Butterfly, we are going to see another high-end HTC variant with metal design releasing very shortly. The upcoming version of HTC is named so far as the One ME9, which despite how odd it sounds might end up being the official moniker for the device.

Today a new purported leaked render claims to show us the One ME9’s metal frame in all its glory. 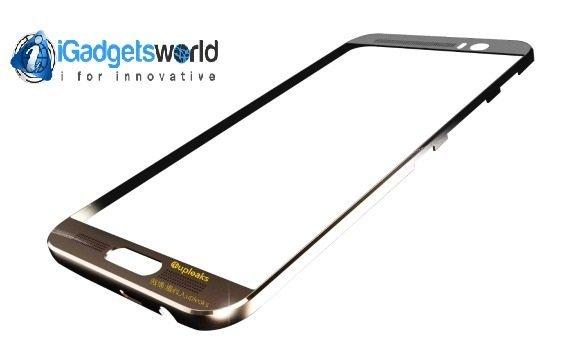 Despite using this casing, the phone’s back cover will be made from polycarbonate, so this will not be another metal unibody construction.

Specifications of HTC One ME9:

MediaTek’s MT6795 SoC will be doing all the hard work, and it sports a 2.2 GHz octa-core CPU. BoomSound stereo speakers will be in, as well as a fingerprint scanner embedded in the Home button.

The One ME9 will run Android 5.0 Lollipop with Sense 7 on top. It should be offered in “Classic Rose Gold”, “Gold Sepia”, and “Meteor Gray” when it finally launches in July. The smartphone is apparently not going to be offered in the US and European markets, instead only getting a release in parts of Asia. The price is said to be around $563 or €506.

Let’s await for the final official release of HTC ME9 and hope this high end smartphone will play its magnificent role in the mobile markets.