Just yesterday afternoon, I received an email from Jio that they have crossed even Facebook, WhatsApp, and Skype in terms of growth after the initial launch. Since September 2016, after the official public launch, Jio has gained over 16 million subscribers. Mr. Mukesh D. Ambani, Chairman, Reliance Industries Limited, said, “We are delighted and humbled by the overwhelming response across India to the Jio Welcome Offer. Jio is built to empower every Indian with the power of data. We are delighted that people have recognized this and are utilizing our services to the fullest. We are customer-obsessed and committed to improving every day to exceed expectations of our customers.

Okay, I understood everything. But let’s get back to the basics. Coverage across the nation? Yes, they have. Easy sign up process as they claim? Definitely NO. The quality of service? The carrier doesn’t know what it is. No,w some people will rant here (including their employees) saying that they are providing the fastest mobile internet and has the best coverage. I’m sorry, but I strongly disagree. Why? Let me explain.

I have been a Vodafone user for the past couple of years and I never found any reasons why I should switch to some other carrier. Reliance is a piece of shit (RCom), Airtel is over expensive and they have no idea about transparency, Idea doesn’t work well everywhere and the cheap ones- Tata Docomo and Uninor doesn’t work everywhere. I tried the Jio Wi-Fi for the fist time this year in January and it was mind blowing. Then Jio rolled out the Preview Offer for specific handsets and the list kept growing.

My first visit to the store was more than horrible because the employees themselves are not aware of the latest updates and announcements. okay, fine- I somehow got a SIM card without standing in a queue or waiting for a few days, but right after that when the list got expanded people had to wait for hours to get a SIM card or even a few days and for activation of the SIM Jio took around a week at least as many of my friends have faced the same. I’m also astounded by the way an engineer at Jio explained VoLTE to a customer- “Bas HD call quality milega aap ko VoLTE pe” which means “Just you will get HD call quality on VoLTE”. I was like ‘Hey, this guy is asking you what is VoLTE, not what he will get if his phone has VoLTE.’ Okay, that’s crap.

Let’s move to the next example. Me and my friend, who was eager to get the JiFi stepped into the store and asked them about it, and most of you won’t believe what was the answer- “Nahi bhai, we don’t know about it.” Is this the way you operate across the nation? Is it the way your employees are trained not to update themselves about the latest products?

Next problem I faced was regarding connectivity. Jio has undoubtedly the best coverage across the country, but Jio disappears as soon as I get back home. Now, I’m not a VVIP or anything that I will use a jammer. And if there is no service in some particular area, why the hell does your employees tell us things like ‘We are having some technical problems and it will be fixed soon.’ What’s the definition of the word ‘soon’? I have been waiting for two months, but still no sign of improvement.

No way they are even close to 4G speed. Mr. Ambani had claimed it earlier that Jio’s network will be future-proof. But, right after a month of commercial launch looks like they are having a lot of trouble in case of speeds. As more and more subscribers are joining Jio, the speed is getting worse. Now I’m getting better speeds on Vodafone 3G than I get on Jio. Many subscribers are complaining about it and if you don’t believe, take a look at my status about that 16 million subscribers milestone.

In the comments, most of the people talked about low speed and activation issues. Right now, everyone is willing to broad the Jio bandwagon just for the sake of free SIM card and free services up to December 31st, 2016 [Plans and pricing]. But, what will happen after that? Will everyone use Jio? Will anyone port his existing phone number to Jio? Will Jio provide better speeds as many customers leave because they will have to pay? These are the big questions right now. Even if Jio now offers me another five yeas of free service, I would not prefer switching to it with my primary phone number. The reasons are mentioned above and for me, the primary reason would be the ultra slow speeds and poor coverage in some areas.

If anyone of you reading this have been using Jio, share your experience below in the comments section. Also, if you’re getting great connectivity and speed, will you consider porting your existing phone number to Jio? Let us know in the form of comments. 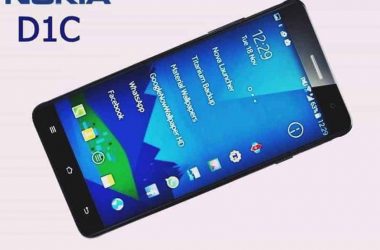 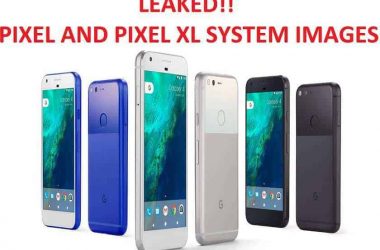