List of smartphones that will receive the Android 6.0 Marshmallow update

Right after Google unveiled the new Nexus 5X and the Nexus 6P with Android 6.0 Marshmallow out of the box, we could clearly sense that now the major flagships including previous Nexus editions will be getting the Android 6.0 Marshmallow update very soon. Along with them, other manufacturers are also working on rolling out the update to their devices. However, the marshmallow update will start rolling out to Nexus, Android One and Motorola before any other devices as we have been looking at this trend from the last year. Just day before yesterday, I just learned that Android One devices have started getting the Android 6.0 Marshmallow OTA update and I spotted Karbonn Sparkle V getting the OTA update, though pretty compact in size. 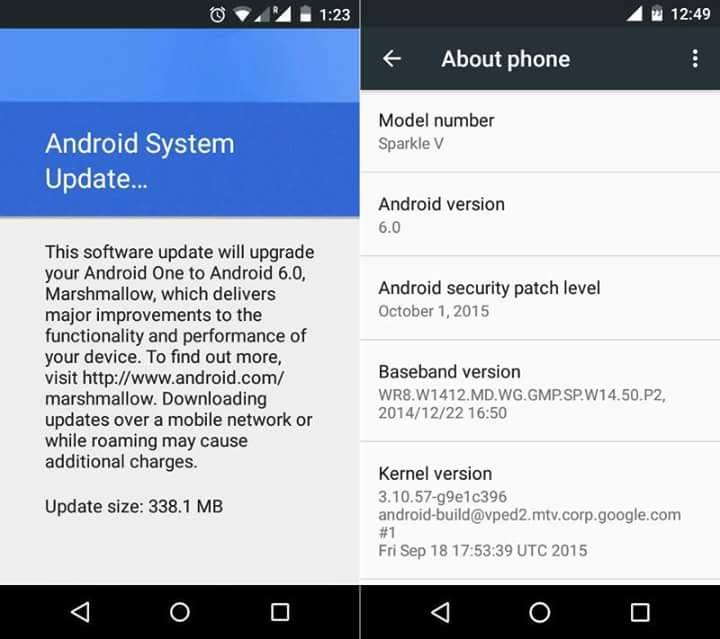 HTC stated that their devices will get Android Marshmallow by the end of this year.

The list if not that small. In fact, I think for the first time Lg has been really quick in delivering the update and it’s good to see that Samsung is also working to provide update to their mid range A-Series smartphones. However, in budget handsets we see just two manufacturers delivering the update- Xiaomi and Asus. Starting from very basic phones to flagships they will be providing the update, quite good to see that. However, I expect that more and more phones will get getting the update soon and I wil try to update the list in regu;ar basis so that it helps our readers to find out whether they will get the update or not. Also, do join us on Facebook for all updates on the go, you can like the page here.