Mynt Smart Tracker & Key Finder Review – You’ll Only Need This One Tiny Gadget To Track All your Belongings! 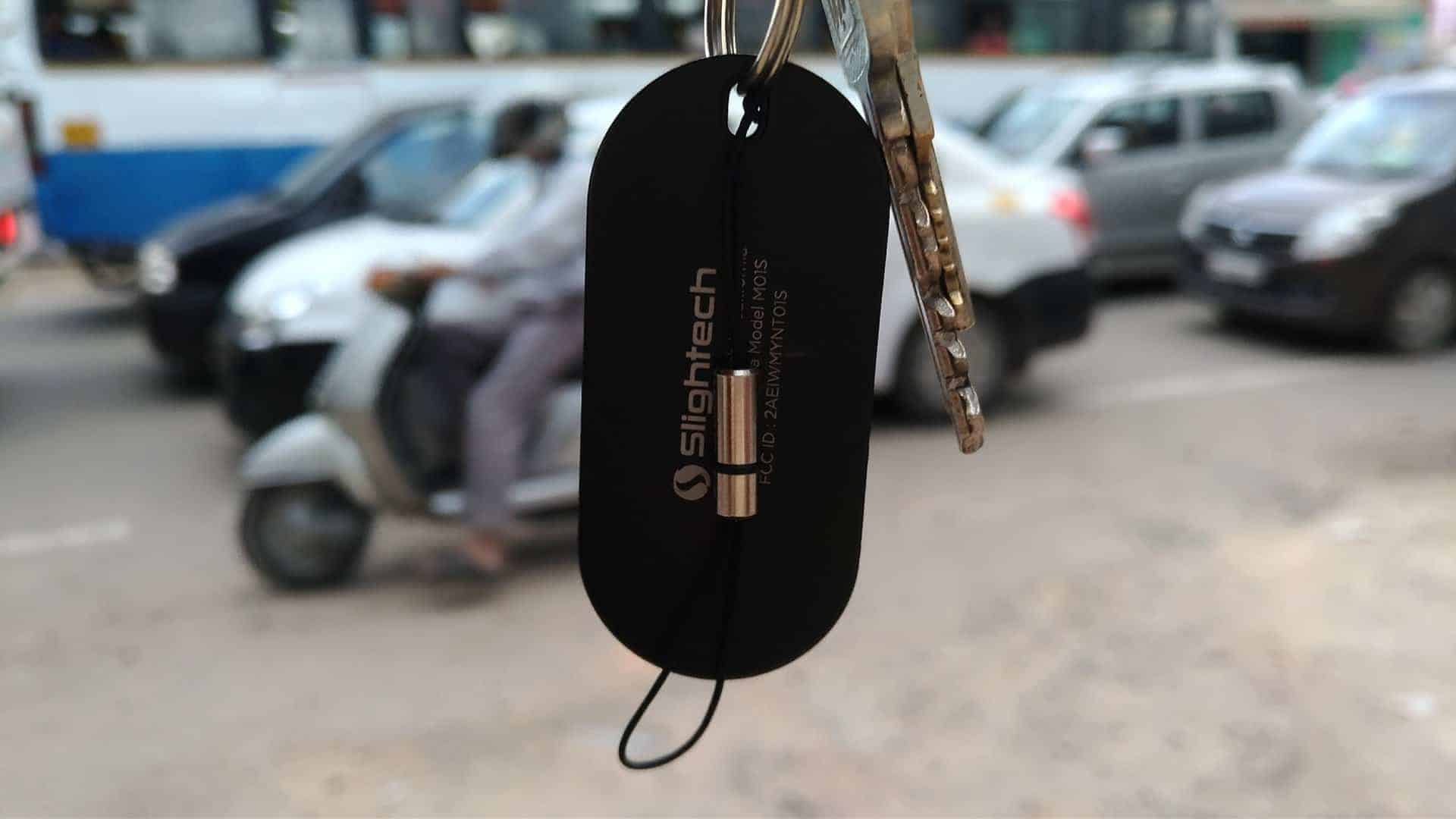 Have you heard of this quote, ‘Forgetfulness is a sign of intelligence?’ Well, it may or may not be true, but I was stupid enough to forget my bike keys to the motorcycle itself. I know right! Sounds silly, but isn’t that we all do? Sometimes we are so late for the meetings, we forget the keys and run. Well, whatever be the reason, we have to face the consequences of forgetfulness. What if I tell you, there’s a tiny gadget helps us to overcome all these problems? Yes, a Bluetooth tracker, and not just yet another key finder. It’s more than that! Introducing Mynt Smart Tracker from Slightech which was successfully crowdfunded on IndieGoGo in 2015.

Wow, isn’t that sounds pretty old? Nope, it’s not! The features of this gadget are way ahead of its time. Let me put that in my short review. Before we go ahead, let’s check out the specifications of this tiny little gadget.

Isn’t that the specifications simple? The device looks even simpler, and it was one of the winners in Reddot design awards [2016]. 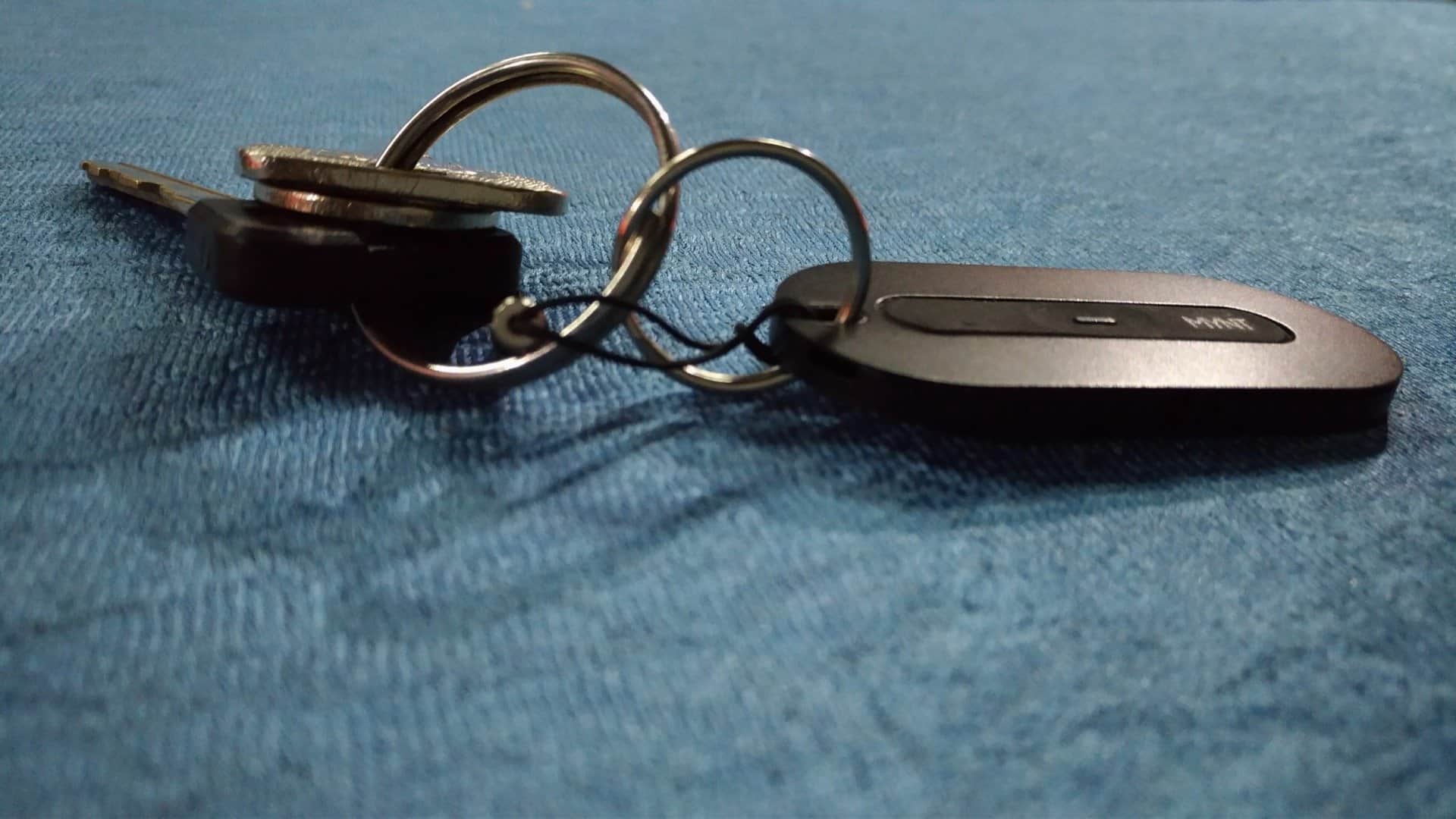 Mynt smart tracker is undoubtedly the thinnest remote tracker ever designed, and it is made of stainless steel. It’s as thin as a bubble gum and doesn’t weigh more than a 5Rs coin. It does resemble the military tag chain design, which makes it even cooler. You can fit it perfectly in your wallet, or use it as a key chain, or even tag it to your kid’s bag. None of these doesn’t make it look weird, and in fact, it elevates the style quotient.

On the front side, you’ll only have a single button which has a red LED inside it. This one button has many functions and acts as per your application. I’ll explain more functions in the features & daily use applications. There’s a ‘Mynt’ lettering inscribed just next to the button. On the rear side, you’ll see the manufacturer’s details, and nothing much. On the top side, there’s a keyhole, for the key ring, and the tag. On the left side to the Mynt tracker, you can see a little open which let you open the battery tray.

Once you open up the package, the Mynt smart tracker won’t be active, and there won’t be an ON-OFF button to turn OFF/ON. So, the only way to activate the tracker is to remove the plastic cover [insulator] that resides above the battery. Once you remove it, the device will start working, as there isn’t any insulation that’s blocking the current to pass. 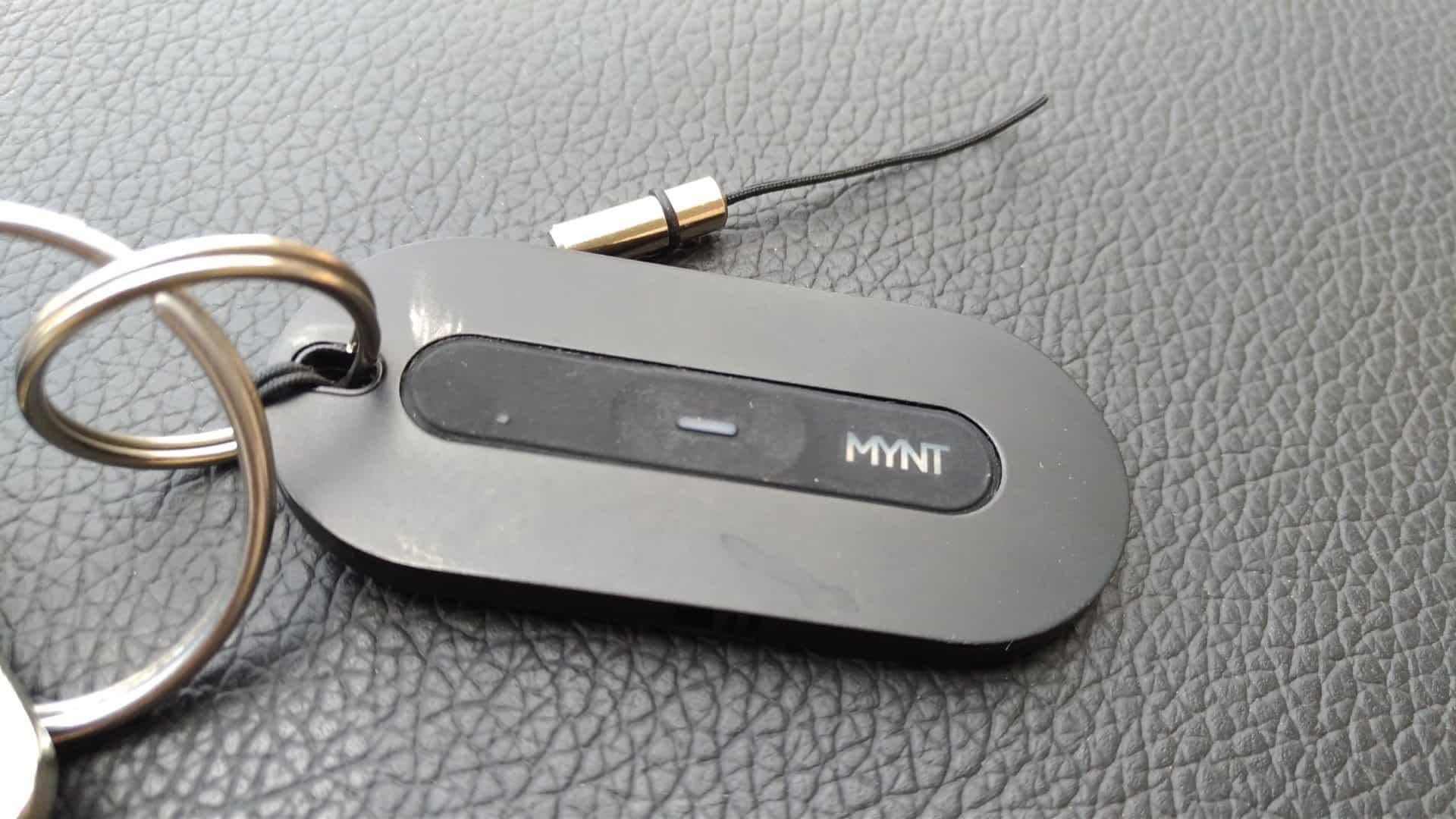 Before you do all this, make sure you install the official app respective to the device OSs you own. 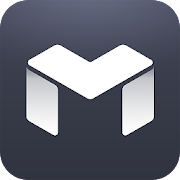 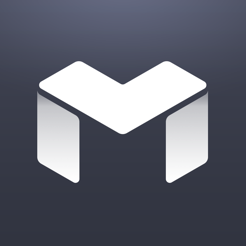 To make things easy, let me give the connecting procedure in steps wise. I own an Android device so that the screenshots might look different to the iOS App. But the process for connecting, and customizing the button functions are same.

That’s it. I feel this is yet another simplest explanation available on the internet on how you can connect Mynt Smart tracker to your phone. Now it’s time to explore the features.

The features of Mynt are mostly similar to a smartwatch/ fitness band. But it’s just that it won’t have any display. Below are some of the main features which are the USP for this tracker.

So many promising features which you usually expect in a smartwatch, but would all these work with just one button. No doubt that most of them work, but there’s a catch in it. To find out, let’s explore the daily use applications of this smart tracker.

Controlling music, attending calls and snoozing alarms will work. Finding keys and your phone will also work, but the catch is their application. There are some conditions that are mandatory for the key finder to work –

I consider this as a major flaw, as for Android users we have several rules to disconnect network and close the applications when the screen is idle/ turn-off for more than 5 minutes. Though it is meant for saving battery, if you want the Mynt to work, you should whitelist the application or turn off this setting.

When you connect the Mynt to your phone for the first time, it’ll prompt you to update the firmware. Once it get’s updated, it will drain almost 90% of the battery. This means, the tracker won’t function after a week or more, and you’ve to replace it with another battery.

I liked the feature – ‘Find my phone’ which rings your phone even if it’s in silent mode. Then there’s the main USP – Key finder. It does find your keys, but the volume of the tracker is pretty low. If your keys are under a pillow or may be inside a bag, you can’t figure out where the sound is coming from. I would say, the musical birthday candles make more sound than this.

So, to be honest, you really can’t rely entirely on this if you want to keep on tracking your kid’s movements, finding your stolen wallet or a laptop, etc. As said, there’re applications which make the Mynt tracker unique, but these flaws are a big setback.

As already explained in the limitations, the device has many flaws –

One doesn’t make a simple gadget with unlimited applications without some flaws. There are many major setbacks in Mynt, but for iOS users, this could be a perfect companion to track all your belongings. So, go ahead, and purchase one for yourself on Amazon now.

One doesn't make a simple gadget with unlimited applications without some flaws. There are many major setbacks in Mynt, but for iOS users, this could be a perfect companion to track all your belongings.

Brave Explorers – An Augmented Reality Game Where You Create Your Own Gaming Levels! 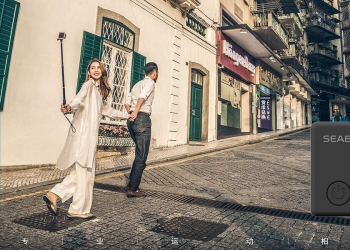 At one point in time, we all wanted to buy the GoPro Action camera when it was announced but changed... 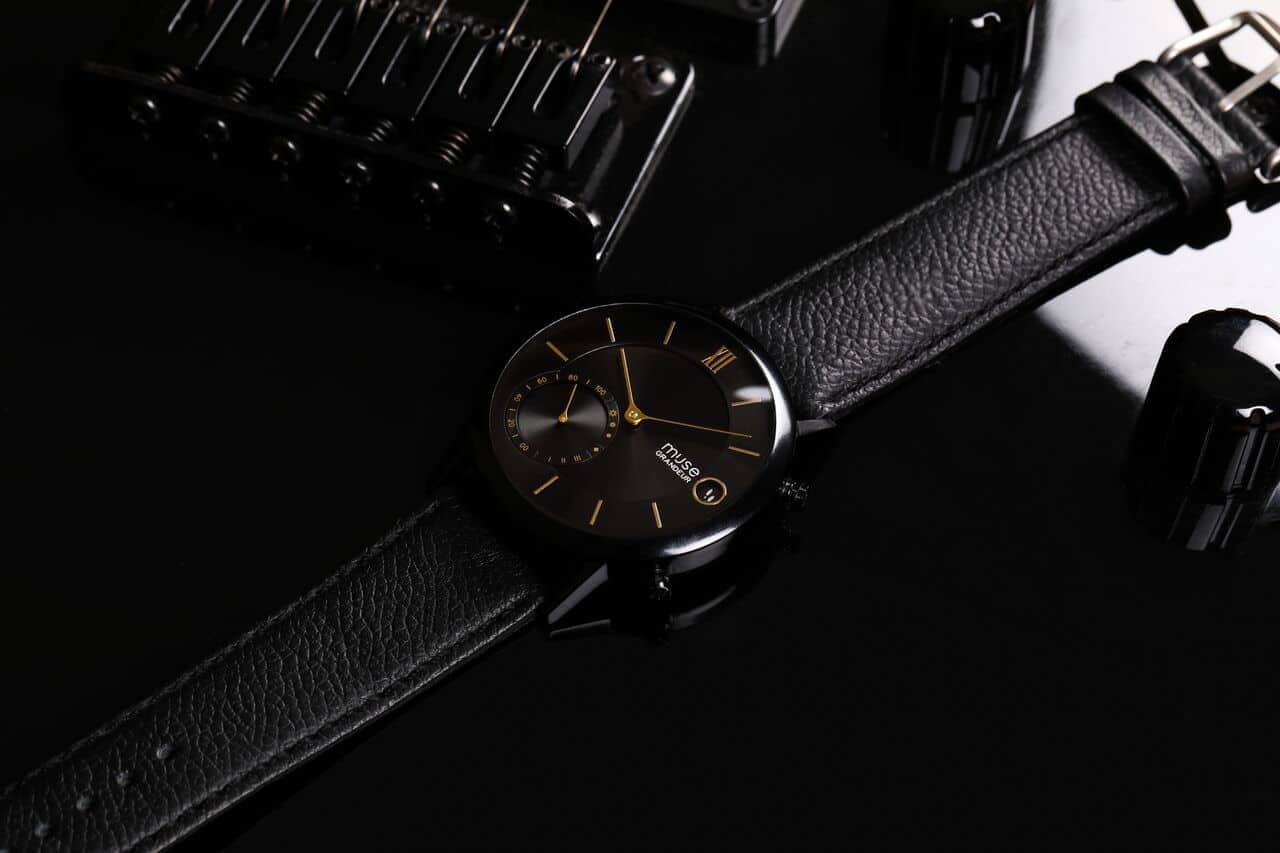 Muse Hybrid Smartwatch – The Best Of Both Worlds?

Many of us use a smartwatch, but well they all kinda have a similar look and there seems to be... 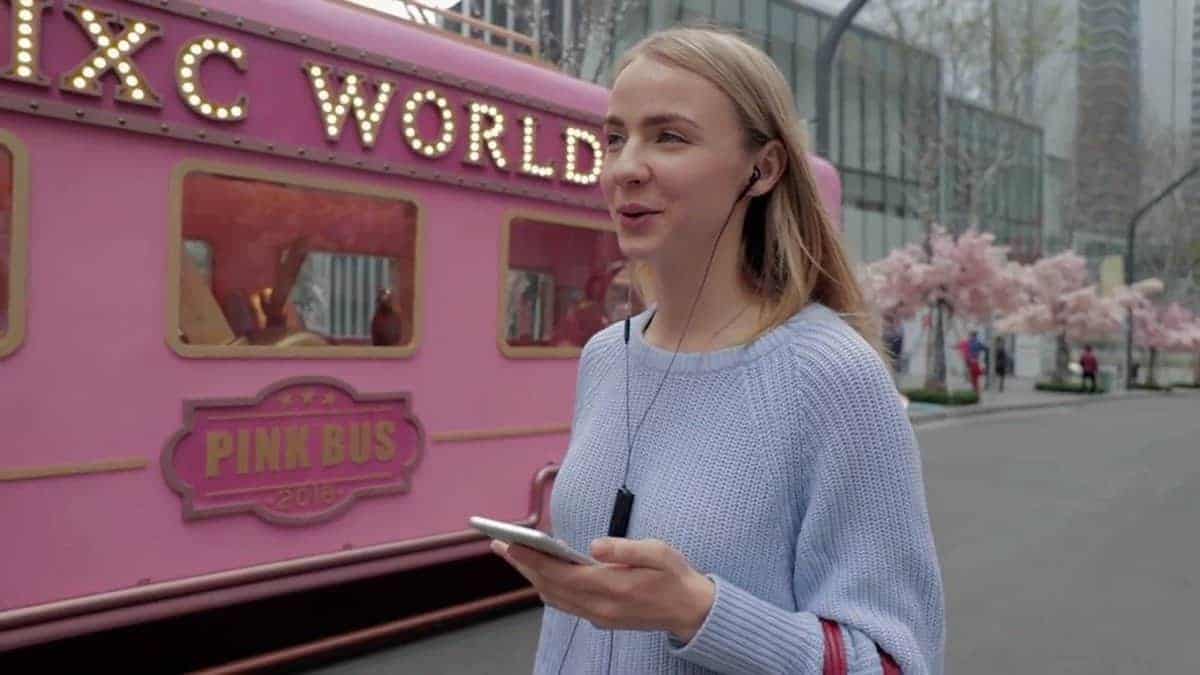 It was 2013 when Edward Snowden, former CIA employee dumped tons of classified files exposing NSA and other agencies constantly... 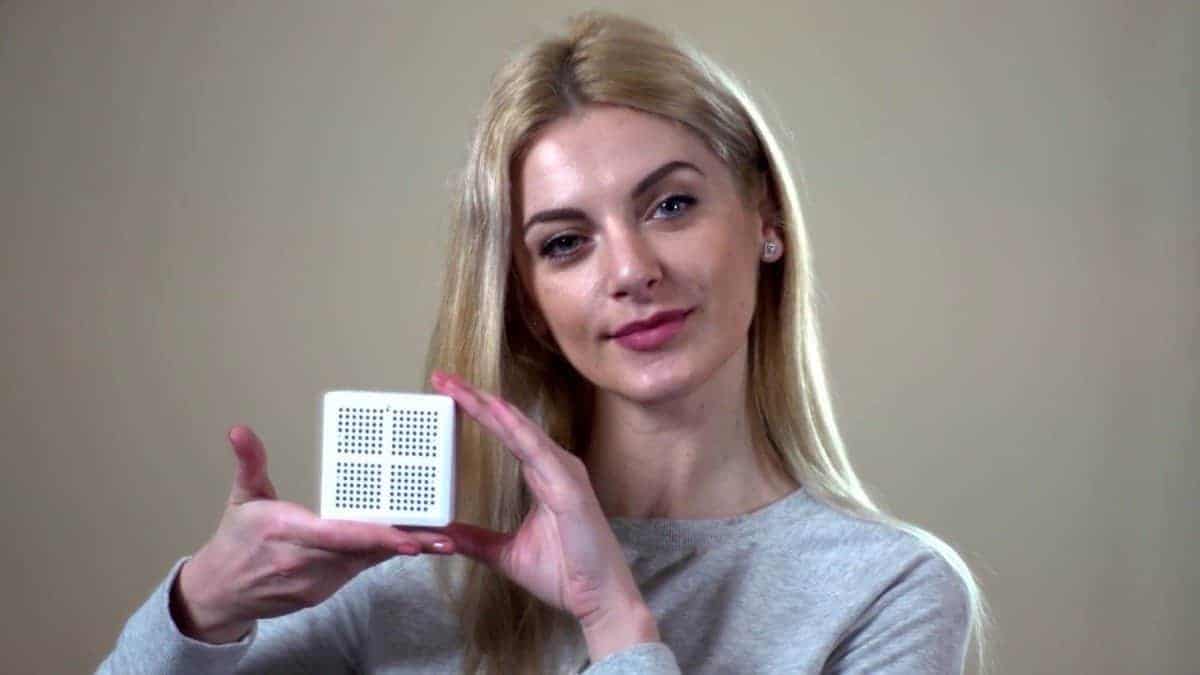 Ever wondered if you could wash clothes without detergents? Or you find...