Root user? You will face difficulties for to get root access on Marshmallow

Everyone seems to be excited about Android Marshmallow as it has got significant changes in terms of some features that have been added to it, but the look is the same and very similar to Android 5.0 or 5.1 Lollipop. We have already got the list of some of the very early devices that will get the Android 6.0 Marshmallow update along with Nexus and Android One devices. But, if you are a hardcore Android fan, always use a rooted device or a custom ROM fan, you must read about some things that could happen when you upgrade to Android Marshmallow and root your phone.

Now, what does this word mean? Old terms, but was kept aside for over a year by Google and now it’s back in Android Marshmallow. Verity is a security feature which was first introduced in Chrome OS to ensure the security so that malicious software and apps can not modify the device. Google announced Verity with Android 4.4, but was silent for so long. And now, it’s back with Android Marshmallow and Google has also updated the support page for this purpose. This will let the users know when their device is being accessed by apps which have been granted root permission. So, any changes made to the system partition will be notified to the user when the phone boots up. That process is also divided into three levels. Now, let’s see how these actually work. 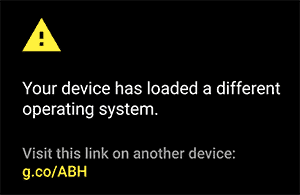 It may be shown when Verity is off and while you try to install a new ROM. Actually, when you install a custom ROM it loads its own Kernel into the phone and then, when your phone boots up it will show that you have installed a different OS. 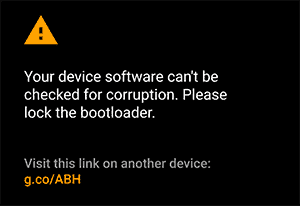 It will be shown when you have unlocked the bootloader, which may put your phone into risk and will ask you to re-lock to bootloader and proceed. 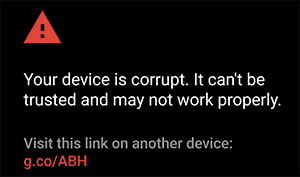 This is the final warning. It means that the image you are using contains Verity, but due to modification in the system partition the verification failed. It may also happen when the stock ROM contains Verity and it was loaded with malicious software.

So, on Android Marshmallow it is required to make changes to the Kernel and also the file system in order to bypass and gain root access, and for that a new Kernel image is required. just like carriers enjoy locking down the devices they sell to prevent users from installing custom ROM or firmware, looks like Google is also taking it to a new level with Verity. However, it’s not impossible to bypass it, though you will need to have a modified boot image to get root access. As modifying the boot image requires an unlocked bootloader you can be pretty sure that it will be quite difficult to get root access to the devices which have locked bootloader. So, what’s your view on Verity? let us know in the comments section below and thanks to XDA Developers for bringing this matter into the attention of a hardcore Android fanboy!!