We know Twitter has made a lot of things that were eventually accepted by other platforms like facebook and hashtag was a kind of thing that facebook literally copied from Twitter, though the hashtag thing doesn’t work very well like it does on Twitter as people often misuse them for no reason and eventually they fail to convey their message. today, Twitter has killed its own trademark feature: Favorite option which was a way to express that a particular user appreciates and loves a tweet, no matter whether it’s about some real time event or a cute cat GIF. 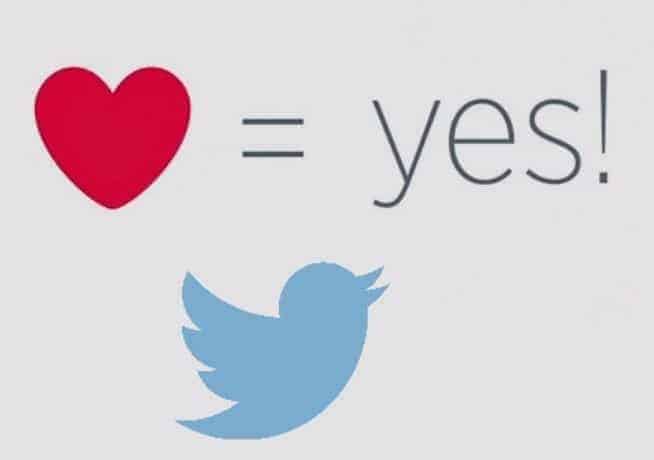 Twitter has officially dumped the Favorite option and now, it will be called as Like, yes just like Facebook it will be called just like. Along with this, the icon is now also changed to a heart instead of a star that used to be on Twitter for a long time.

You can say a lot with a heart. Introducing a new way to show how you feel on Twitter: https://t.co/WKBEmORXNW pic.twitter.com/G4ZGe0rDTP

“We want to make Twitter easier and more rewarding to use, and we know that at times the star could be confusing, especially to newcomers,” Twitter said this posted to their Web site. “You might like a lot of things, but not everything can be your favorite. The heart, in contrast, is a universal symbol that resonates across languages, cultures, and time zones. The heart is more expressive, enabling you to convey a range of emotions and easily connect with people. And in our tests, we found that people loved it.”

But i think some people are not very comfortable with this new way to showing how much they love someone’s tweet. Some people are even running polls to find out whether its a good idea or a bad move.

@twitter The opposite is true: I'm comfortable giving anyone a Gold Star for any kind of good tweeting, but "heart"-ing and "like"-ing? No.

Well, actually the main mechanism is same but it matters a lot, as it is kind of facebook like if we just speak casually. And yes, I must provide an opinion and I can’t forget about that. I completely disagree with that.