Maintaining an upward growth all along Q1 and Q2 of 2015, the wearables market Share is expected to grow, thanks to a lot of new vendors entering the market; a new forecast from the International Data Corporation (IDC) Worldwide Quarterly Wearable Device Tracker estimates a total of 72.1 million devices will be shipped in 2015, compared to the 26.4 million devices shipped in 2014, an astounding growth rate of 173.3%.

Shipment volumes are expected to experience a compound annual growth rate (CAGR) of 42.6% over the five-year forecast period, reaching 155.7 million units shipped in 2019.

“The demand for basic wearables, those that do not run third party apps, has been absolutely astounding”

Said Jitesh Ubrani, senior research analyst, Worldwide Mobile Device Trackers; who also said that “Vendors like Fitbit and Xiaomi have helped propel the market with their sub-$100 bands, and IDC expects this momentum will continue throughout 2015.”
Worldwide Wearable Device Shipments, Year-Over-Year Growth and CAGR by Product Category, 2014, 2015, and 2019 (Units in Millions)

[quote_right]”We expect smart wearables, those capable of running third party apps, to take the lead in 2016,” [/quote_right] Added Ubrani. “Smart wearables like the Apple Watch and Micosoft’s Hololens are indicative of an upcoming change in computing, and the transition from basic to smart wearables opens up a slew of opportunities for vendors, app developers, and accessory makers.” 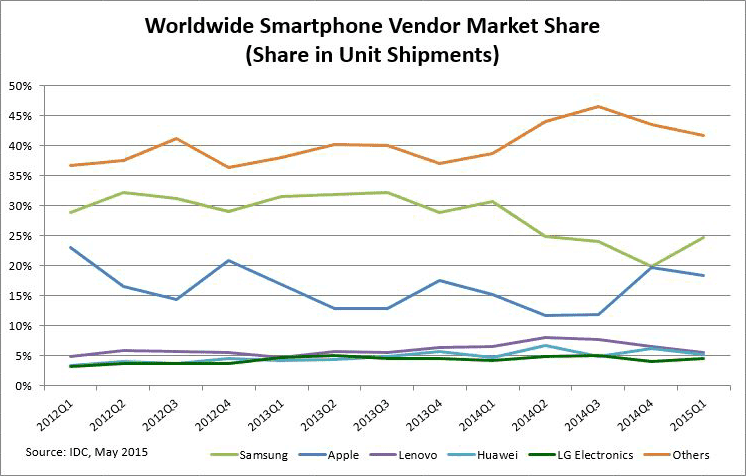 As we can see, Samsung and Apple are the forerunners of the World Smartphone market; and they’re expected to be the prime spear-headers for the Wearables market along with the “Others” which include vendors aforementioned like Xiaomi and Fitbit.

Read more: Why you need a smartwatch ?

“Android Wear, Tizen, and WatchOS are moving ahead with improved user interfaces, user experiences, and applications.”

He also said that “These will raise the expectations of what a smart wearable can do, and each platform is vying for best-in-class status. We’re not there yet, but we’re seeing the building blocks of what is to come.” 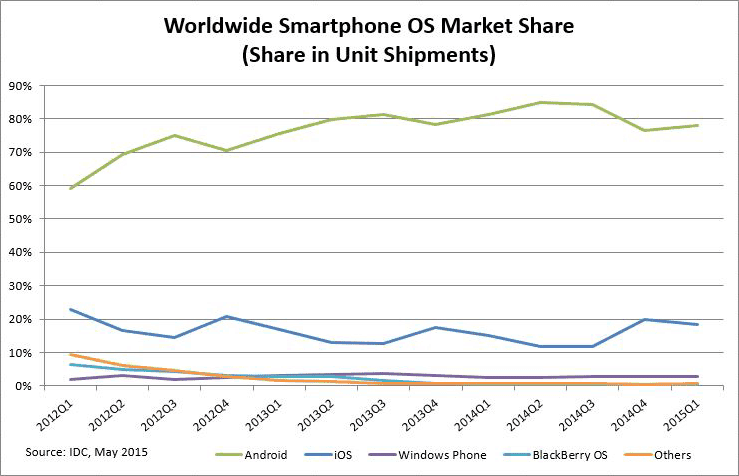 According to the “WorldWide Smartphone OS Market Share“, Android and iOS have a clear lead over other contenders; and thus it wouldn’t be surprising to have them spearhead the expansion of the wearables market with their own Android Wear, and WatchOS operating systems respectively.

So, do you think the wearables market is going to see an explosion? Let us know in the comments below.