I got my hands-on Coolpad Cool 5 a few weeks back, and after using it for a while, here I’m with its review. But hey, before I head over, why don’t I take you through the specifications first?

Well, by the specifications it’s very clear that Coolpad Cool 5 has got everything in the sub-8K price segment, but how well does it perform is what matters! To check that out, let’s head down to my review. 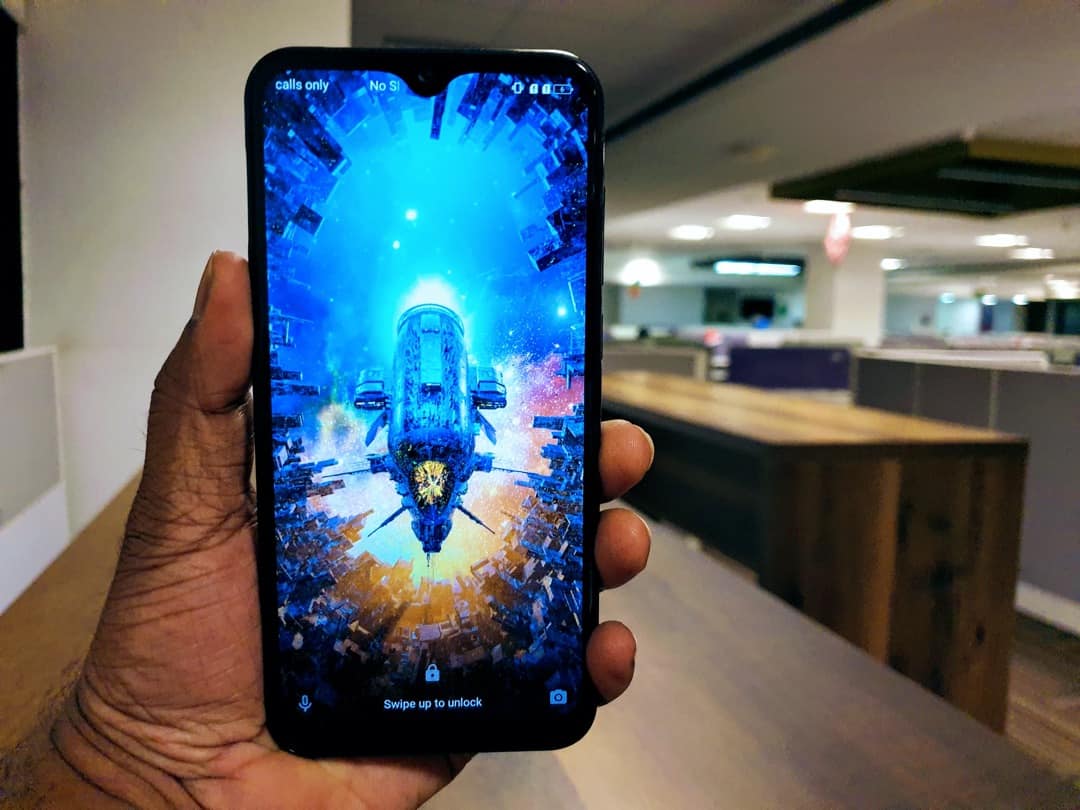 The design of Coolpad Cool 5 has a striking resemblance to every other phone in the 8K price range segment. Compared to the previous phone Coolpad Cool 3 Plus which was launched in September 2019, the only difference is the way the notch appears at the front. This could be one of the phones that can be surely called the waterdrop notch phones. 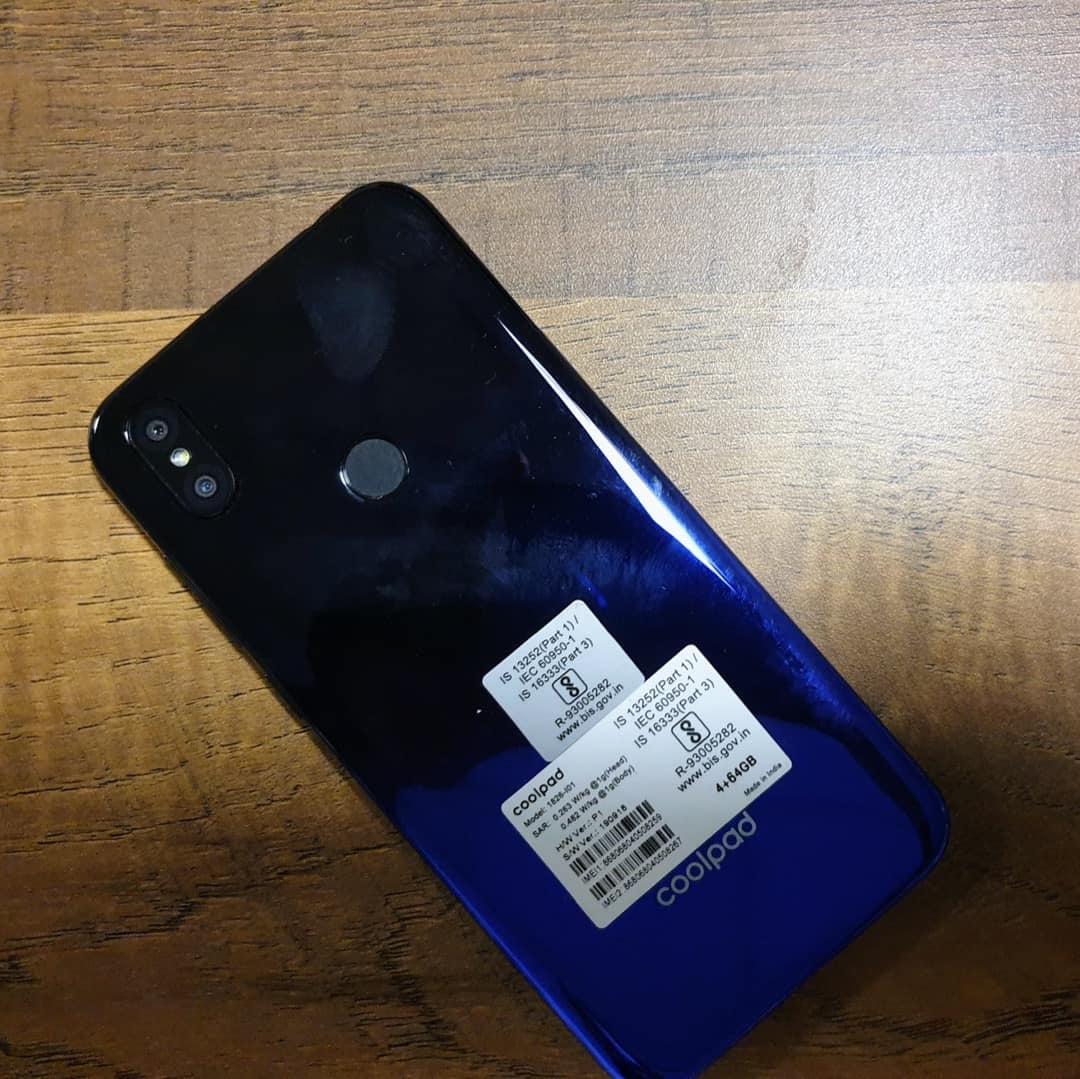 On the rear side, the gradient color gives a premium feel. There’s a dual-camera setup vertically aligned on to the left. There’s also a fingerprint scanner resides in the optimal position where the index finger can easily reach. Maybe, this is the first Coolpad phone that I used has a USB Type-C port. I can also say that it’s the only phone I could find under 8,000 INR which has a Type-C port. What does this mean? Fast charging & data transfer capabilities. Yay!!!

Moving further, there’s a headphone jack at the top, a mono speaker at the bottom, and there’s another speaker grill which is given just for the design.

Speaking of build quality, as already established the Coolpad Cool 5 is an entry-level phone, I hadn’t had many expectations. The phone is a plastic build [poly carbonate] and the rear is prone to dust. I can say it’s a fingerprint magnet. There’s no Gorilla Glass protection to the display, so I don’t think it can survive after a couple of drops. Luckily, the phone comes with a really good transparent case that got really good edges. I just put it on as soon as I unboxed. 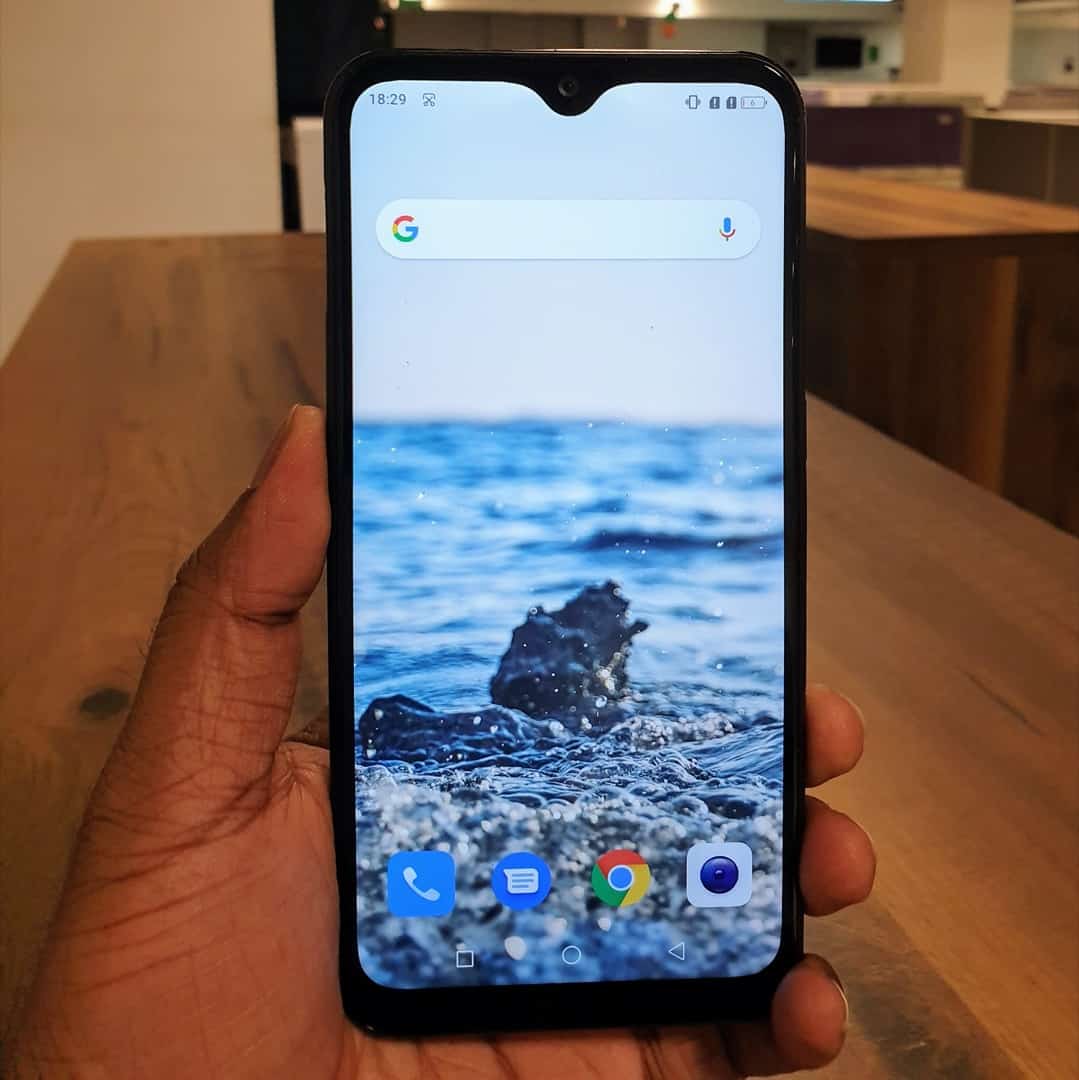 I was amazed to see that Coolpad did one right thing on the phone. It’s by giving a bigger display. Even though it has less pixel density, watching a 720p video on a 6.2-inch screen is quite good. I liked watching videos on and on and also playing games in it. The only concern I have about the display is the sharpness and color contrasts. I know I can’t expect that it on an entry-level phone. Nevertheless, for the price the Coolpad Cool 5 is available, it’s offering a good quality display. 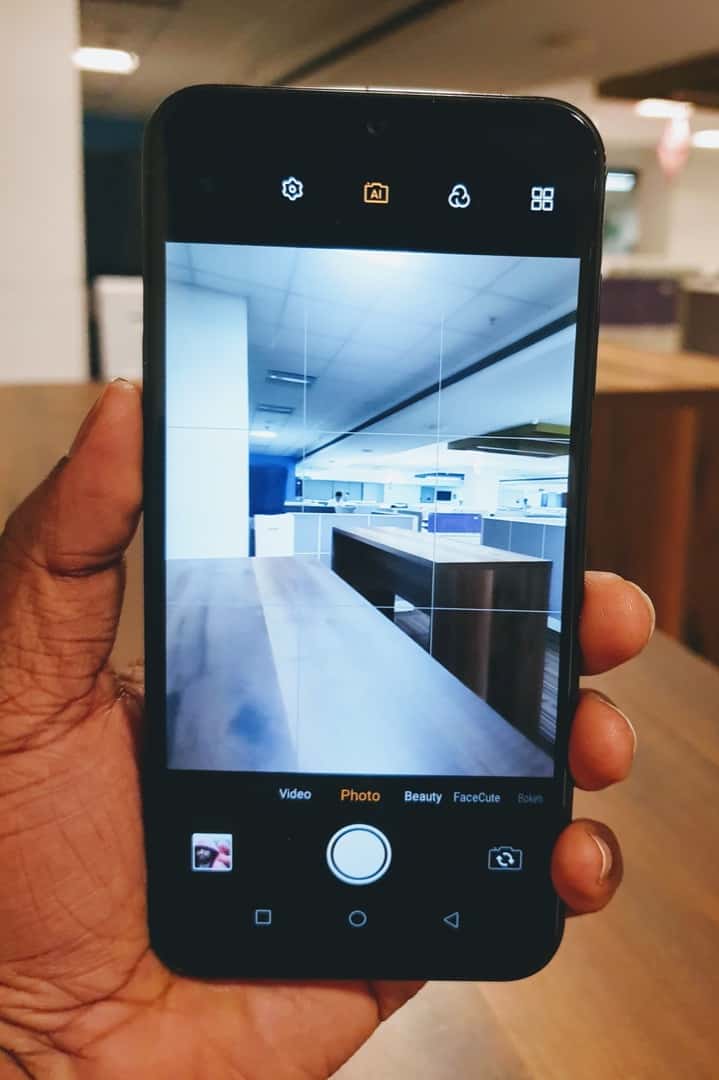 Could it be any more disappointing? The camera is the biggest setback on the phone. Coolpad Cool 5 comes equipped with a dual shooter on the rear and a whopping 16MP camera on the front. Doesn’t this make it a really good camera set up? indeed, it is. But hey, it’s not the case in Coolpad Cool 5. The main reason is the aperture on the rear side which is f/2.8. You know what that means right? There won’t be enough light hitting the sensor which makes it capture incorrectly colored pics.

The depth sensor has got nothing to do with the bokéh effect. I tried closing it with my finger and captured pictures, and the results are still the same. The depths are really bad. The camera isn’t really detecting the focussed object edges and applies the effect oddly. Speaking of autofocus, it’s quite slow.

The other thing I need to talk about is the unusual light exposure on the photos. Even though I focus it properly, the images taken after always have a heavy exposure.

The front-facing camera which dubbed as an AI selfie camera is as disappointing as the rear one. At least this one has f/2.0 aperture which allows abundant light compared to the rear camera[s]. I tried all the modes to understand what difference do they make, and to my surprise, there’s nothing much. I did observe a little exposure in the beauty mode. The bokéh mode through front-cam produces the same quality photos as in the rear.

When it comes to video recording, the camera doesn’t fully utilize the 8MP & 16MP. The videos shot on Coolpad Cool 5 is of 2.1MP with 1080p resolution. All I can say is the cameras are not up to the mark. Anyhow, you can check the complete camera samples and benchmarks here.

Coolpad Cool 5 has 4GB RAM, a 2GHz processor that makes it perform really well. Umm… Let me break it down for you. When compared to Helio A22 chipset, Helio P22 is indeed superior. But I somehow don’t feel any difference. There aren’t many improvements in the UI end. Coolpad doesn’t allow to change the launcher, and you are stuck with the default one, and it’s as slow as snail. The app drawer loads the apps after like 1 second, and so is launching the apps.

I had to disable a lot of apps that came pre-loaded, and of course, also had to disable to personalized ad recommendations. Scrolling through the apps has a similar fuzzy feel as launching the app drawer, so I just stuck to watching the videos in it.

Looking at the buggy UI, I refrained from playing games, but for the review, I played Asphalt 9 and PUBG Mobile Lite. The gameplay wasn’t smooth in Asphalt 9, but on the PUBG Mobile Lite, I was easily able to score ‘Winner Winner, Chicken Dinner’.

One other good thing besides the display is the battery life of Coolpad Cool 5. Even with buggy UI, the phone manages to stay longer than I expected. I was getting a 5-6 hours SOT, and the phone was able to survive more than a day. As mentioned already, it has a USB port-C, but out of the box, it comes with a 10W charger. I tried using an 18W charger, and able to juice up the phone in less than 2 hours. I’d say, it’s quite a decent duration for powering up. 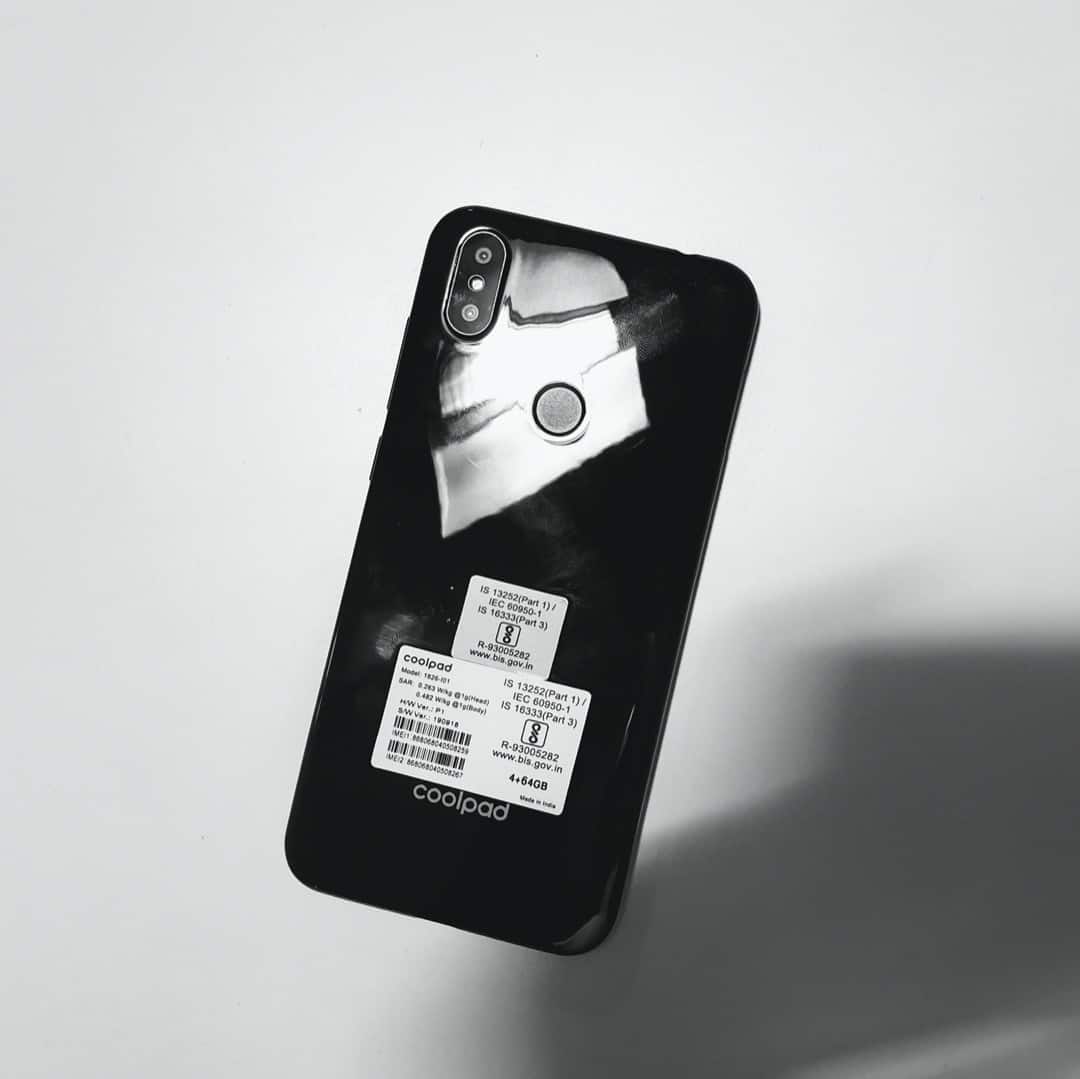 When I got the phone, I didn’t have huge expectations, and I’m glad Coolpad Cool 5 lived up [pun intended]. Even though the camera is bad which I guess could be managed by using a G-Cam mod, the performance part is what I’m very concerned about. Until and unless the Coolpad does something on their UI, there isn’t much we can do on the phone. Nonetheless, if you’d like to purchase the phone, it’s available on Amazon India for Rs. 7,999.