While iPhone fans are waiting for iPhone 6 and 6 Plus, may be people who just wanna give iPhone a try can get iPhone 5S at the lowest price ever. 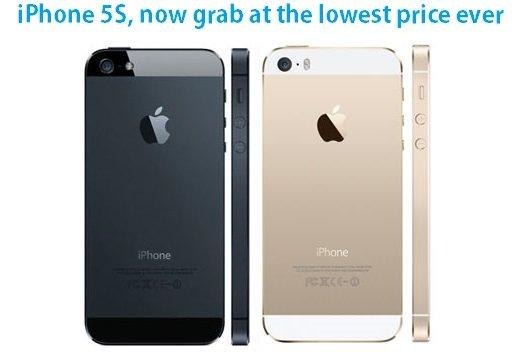 So this is what Mahesh Telecom posted. However you can purchase the base variant of iPhone 5S online for much less. Online retailer Amazon.in is selling iPhone 5S 16GB for Rs 34,999, while the same model costs Rs 36,000. The iPhone 5S Gold 16 GB variant is now available for just 36K INR on Flipkart, while the while the Space Gray and Silver 16 GB variants now cost around 42K INR. You can also check out the iPhone 5C price cut information and price details in our previous post.