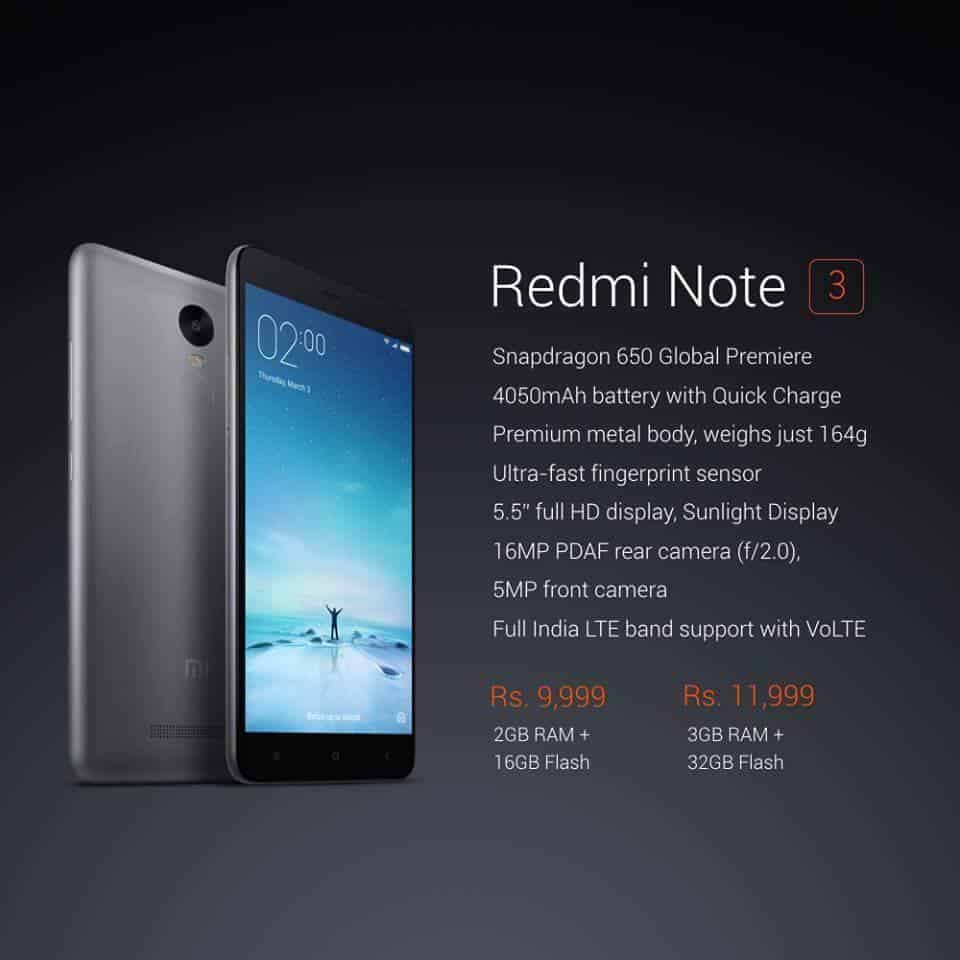 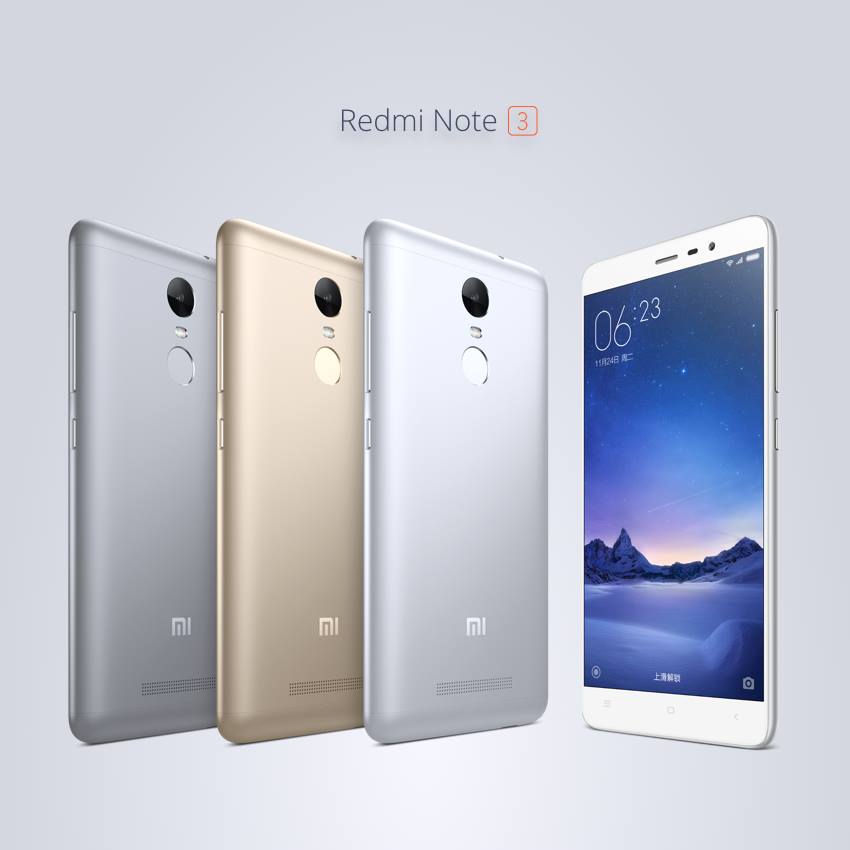 The Redmi Note 3 sports a 16MP rear camera with f/2.0 aperture and Phase Detection Auto Focus that can focus in just 0.1 seconds. There is also a 5MP front camera with the same f/2.0 aperture, seems to be good for selfies in low light condition. The device is juiced by a 4,050mAh battery with Quick Charge 2.0 support that charges the phone upto 50% in just one hour . It offers 4G LTE with VoLTE and other connectivity options include Wi-Fi, Bluetooth 4.0, GPS/GLONASS, MicroUSB 2.0. It also features IR blaster for controlling home appliances like TV, AC, and other just like a remote controller.The device measures 8.65 mm thickness and weighs around 164 grams in weight. It runs on the latest Android 5.1 Lollipop based MIUI 7. The fingerprint sensor is placed on the rear of the device can unlock the device in just 0.3 seconds. It also comes in dark grey, silver and gold color options. Apart from this, we also expect to hear announcements regarding the recently announced. It runs the latest Android 5.1 Lollipop out of the box with MIUI 7 on top of it. There is a fingerprint sensor on the rear of the device, which can unlock the phone within just 0.3 seconds. Redmi Note 3 will come in three color options- dark grey, silver and gold color options.

Redmi Note 3 seems to be a great phone by looking at the overall specs and everything it offers. The sale will start on 9th March, 2PM.