The Galaxy Note 5 (SM-N9200) is the latest successor to Samsung’s note Series and it will feature a 5.7-inch display with a resolution of 2560 x 1440 pixels and a pixel density of 515 ppi. The Galaxy Note 5 will be powered by an Exynos 7420 SoC, the same SoC which is used in the Galaxy S6 and S6 Edge. There will be 4GB of fast LPDDR4 RAM, a Mali-T760 GPU for gaming and 32GB of internal storage. However, other storage options also may be available. The Note 5 will sport a 16MP main shooter and a 5MP front camera. But, there is no mention about Optical Image Stabilization. The device will run the latest Android 5.1.1 Lollipop out of the box. Here’s the specs sheet leaked for Galaxy Note 5 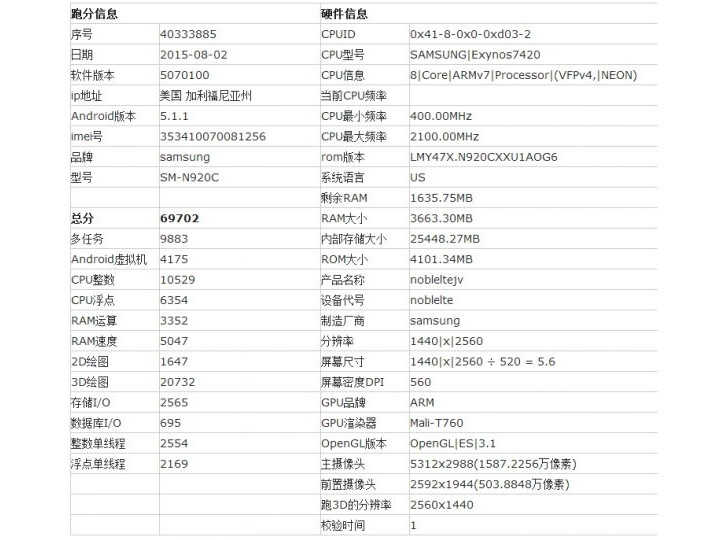 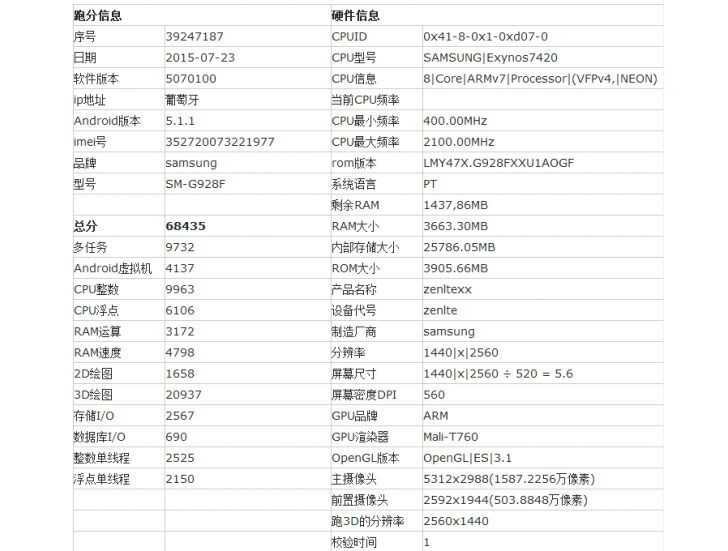 The Galaxy Note 5 has a top score of 69,702 and the S6 Edge Plus could score 68,345, whereas the S6 and S6 Edge have 67,520 and 63,910, respectively. There is no certainity that these specs will be exactly the same when these devices are shipped. However, we can now expect better and faster Note 5 and Galaxy S6 Edge Plus. 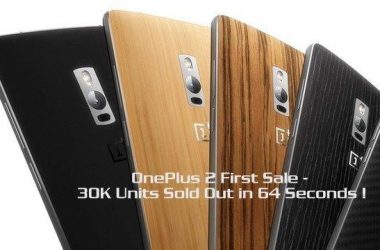 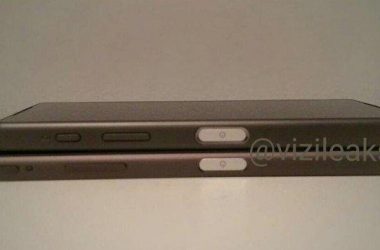