Smartphone concept by using light as transfer of information-LiFi technology

Many new smartphone  concepts are releasing everyday, and basically for transferring information, smartphones generally uses GPRS, Bluetooth, NFC, IR etc, but in this smartphone concept, the transfer of information is through Light, that is LiFi technology.

Oledtsomm, a company known for it’s specialisation in Light, but LiFi technology is apt, to say about that company. In short, LiFi is a information transfer technology which uses visible light for high-speed data transfer between two or more gadgets. Oledtsomm company developers demonstrated the working and operation of this concept, they used a smartphone and a tablet which runs of Android Os with little changes in the Os, and in the place of front camera in both gadgets, light sensors (made by Oledtsomm) are installed which acted as signal receivers and the data is revived to them from external radiators.

The developers clearly explained how this Oledtsomm technology helps in smartphone applications for the transfer and receiving of information through visible light, and rather than using WiFi in offices we can use LiFi to show the advertisements in large hoardings, and the company said that, they are sure that some electronic manufacturers will adopt this technology in this year and smartphones start communicating with their technology rather than old technology of transferring information like Bluetooth. 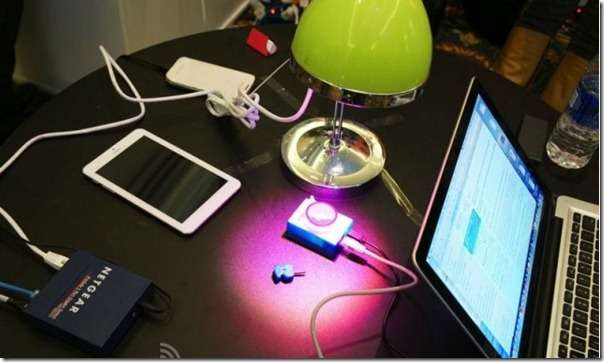