Well, this year there were many innovative design changes in smartphones & laptops from the major brands like LG, Lenovo, Microsoft, Xiaomi & our favorite brand Apple :p To make this easy, I have listed down the top 5 with innovative design changes irrespective of their specifications and price. Also, the list is more of released gadgets than that are exist in the concept or as a prototype. So, I’m not going to talk about the upcoming technological changes like the onscreen fingerprint scanner smartphone from LG & Samsung, the fully bezel-less smartphone from Lenovo etc. as these are still under development and are yet to be released in the market. So, let’s get started with the list of top 5 innovative design changes in all gadgets released in 2016. 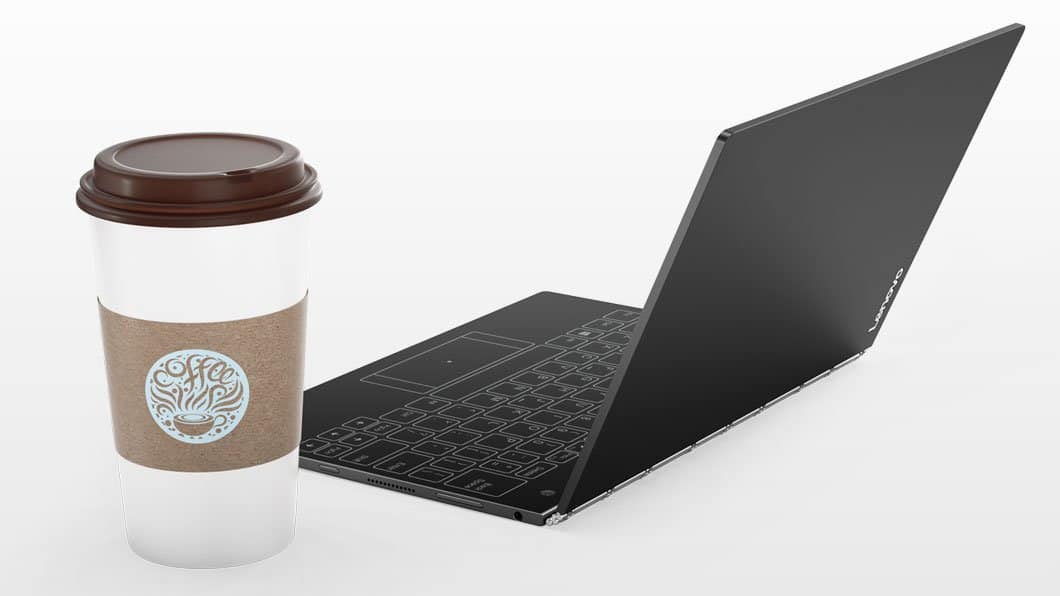 There were times we thought the tablets are officially dead as their sales coming down day-by-day. Many major brands have already stopped making tablets and were pouring more concentration on smartphones, laptops & convertibles. But, the Chinese brand Lenovo came up with an interesting concept that changed the way we use the tablets. The company launched a convertible Yoga Book that works in 4 different modes – Create mode, type mode, watch & browse mode as its hinges can be operated in 360°.

But, what’s so special about the tablet/ convertible/ hybrid laptop is the touch keyboard. For more than a year, the company has been working on many prototypes to optimize the keyboard, and now they are successful and launched an innovative touch keyboard called Halo keyboard with the Yoga Book. I consider this as an innovative design change in tablets, as no other tablet now supports an optimized touch keyboard like the Halo keyboard. Let me explain the features, so you will also agree with me –

What else you need in a keyboard? Isn’t the Yoga Book innovative?

The next innovative design change in the gadgets can be seen on Xiaomi’s latest concept smartphone – Mi Mix which is a near bezel-less smartphone. There were many other concept smartphones like the one from Sharp but they are left as concepts, but the Xiaomi actually launched the smartphone and it is on sale in China.

So, what’s so special about this bezel-less smartphone? Most of the smartphones we see follow a similar form factor and have a max of 75% screen to body ratio, but the one you are seeing above actually has a 91.3 % screen-to-body ratio. Isn’t it amazing? No one had ever thought Xiaomi will come with such a new concept in smartphones as the brand is known for mimicking the design of major brands like Apple & Samsung.

On Mi Mix, the innovative design change is not just the full-screen display, it’s more than that! In general, every smartphone user would have known that the top bezel [near] of every smartphone have the proximity sensor, speaker etc. But, on Xiaomi Mix they are actually invisible, so how did they make it work?

This is possible by the new technology called the ‘Inner beauty’ developed by Elliptical labs. Here, they replaced the proximity sensor with the ultrasound software. This design also helped to make the device speaker go completely invisible so, how these things work?

The actual use of any proximity sensor is to turn off the screen during calls or when not in use, and on Xiaomi Mix this is possible based on algorithms which detect when the phone’s near to your ear etc. So, the proximity sensor-free actually enables the phone work even on bad weather conditions too. 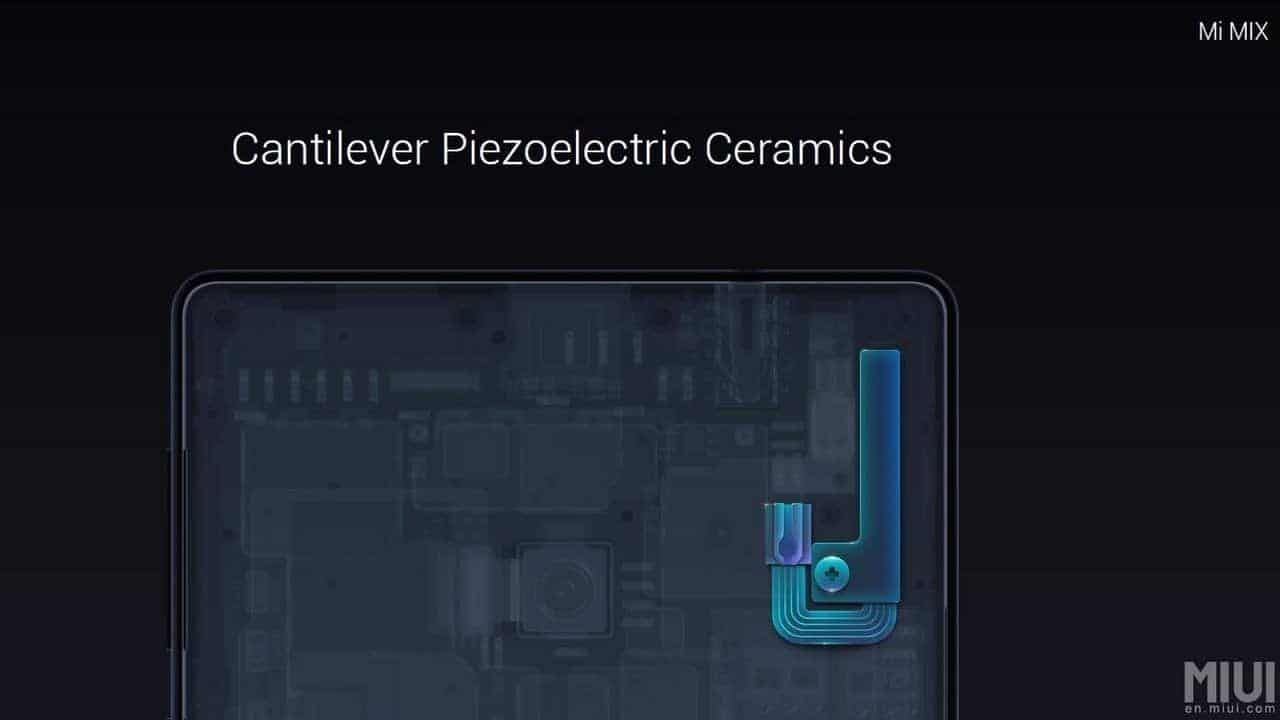 Just like the ultrasonic proximity, for the speakers a piezoelectric ceramic is used which vibrate based on the received analog signal [converted from digital] which in turn vibrates the metal frame, thus making a user hear the voice clearly.

Though Microsoft failed in making brilliant windows phones, but never failed in the convertibles. The new design of surface studio blew people’s mind. If you still think Apple is the only brand that shows innovation & precision in their products, then you should change your thinking. Microsoft’s Surface Studio & the Surface dialer are one of a kind and this made Microsoft enter the PC segment giving a stiff competition to iMac. Now, let’s check out the features of Surface Studio & dialer. 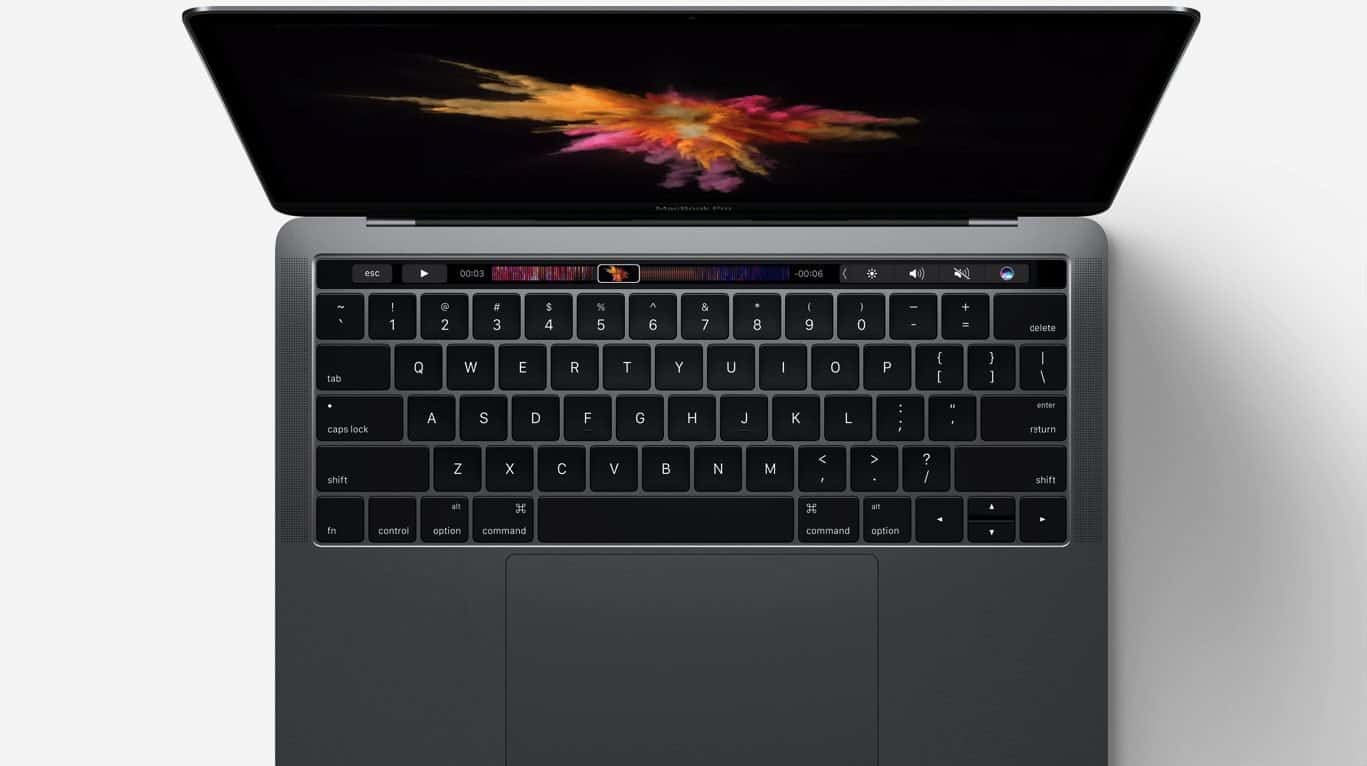 This article would be incomplete if I don’t talk about the new Apple MacBook Pro. Leaving the critics aside, as I am talking about the innovative design changes, so I would be talking more about the changes & the technology behind it, than the pricing. The new MacBook Pro was unveiled recently and the leaks are completely true as the new MacBook Pro doesn’t have any function keys and it is replaced completely with a Touch Bar. Along with Touch Bar, this is the first MacBook to incorporate the Touch ID. So, let’s take a look at the features – 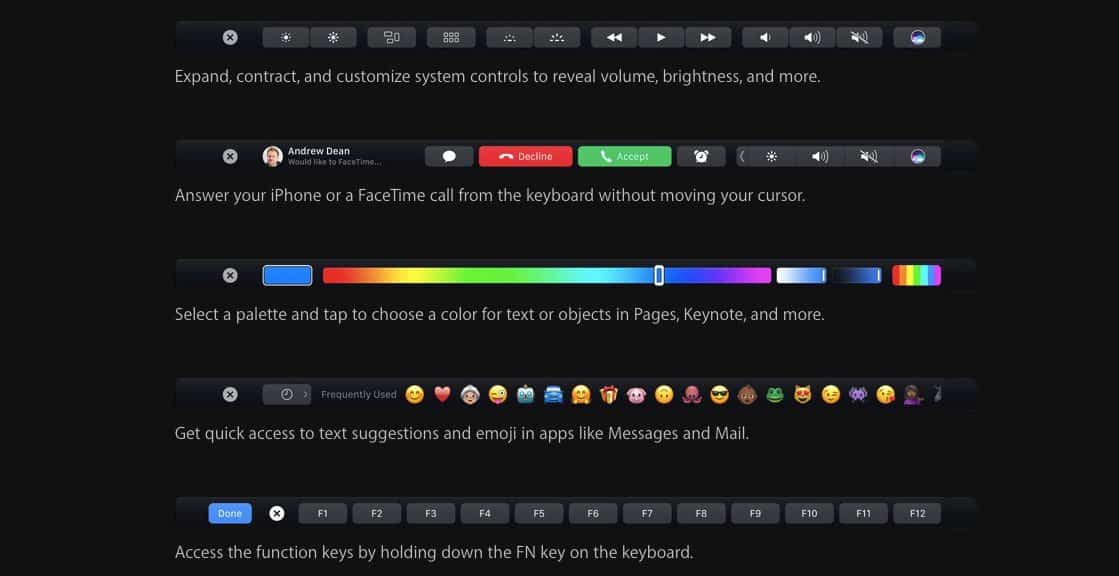 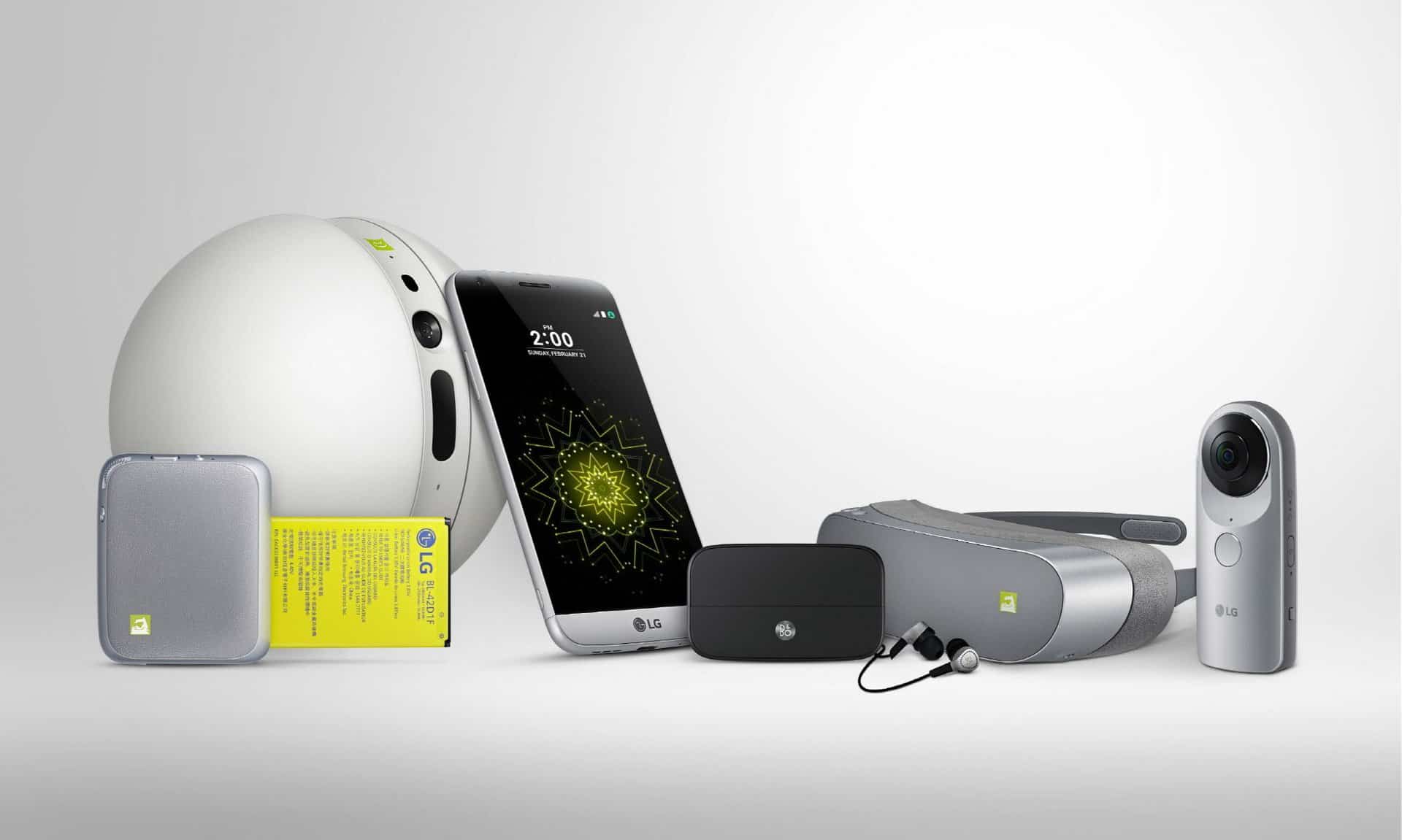 The modular concept is unique and it is not like conventional smartphones with fixed specifications. With this concept, you can attach or detach phone’s main accessories like the camera, battery, speakers etc. Based on the modular concept, Lenovo-owned Motorola launched Moto Z – it’s very first fully functional modular smartphone. 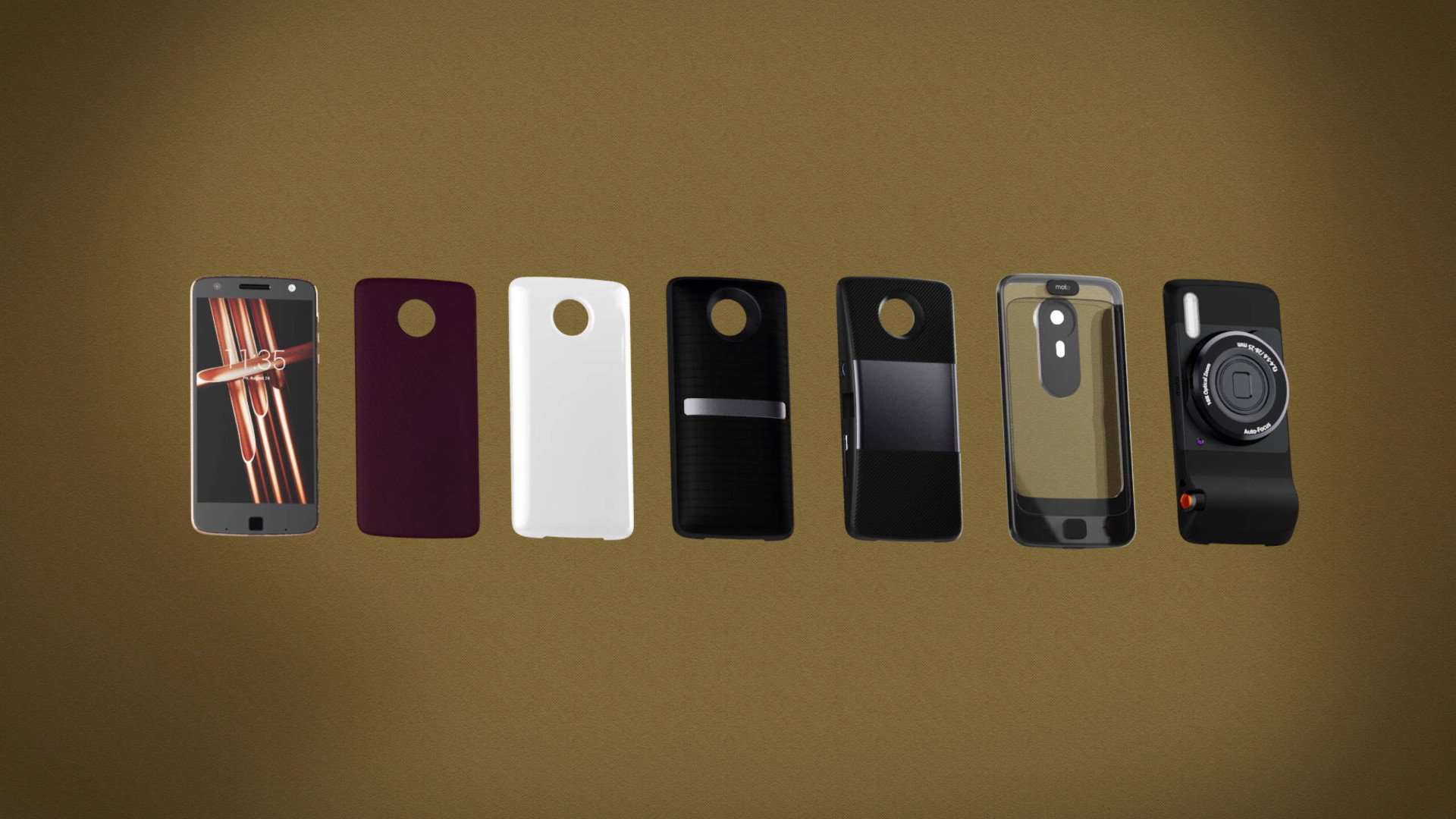 What’s so special about Moto Z comparing to LG G5 is you can add everything on the rear side of the phone, just like you add the back cover. It’s just like swiping the back cover whenever you need it. But on G5, you need to change the bottom side of the phone every time when you add the extra accessory. So comparing to G5, the magnetic dock system on the rear side of Moto Z has extra benefits, and is reliable.

Leaving the comparison apart, these two modular smartphones showed the innovative design changes in the smartphone segment and proved that innovation is not dead and in the coming days you will see more smartphones with the same modular concept.

These are the innovative design changes in gadgets I saw in 2016, let me know if you find any other design change that is not covered in the list so I can just add it up here. :)