Mobiistar, a Vietnamese brand has recently entered the Indian market with its Selfie-smartphone Mobiistar XQ Dual. The brand is well known for the budget-end smartphones that made it become the top smartphone vendor in Vietnam. Now, the brand wants to expand its wings by entering the most competitive market – India. Launching a selfie smartphone in India is quite a feat as the market is heavily dominated by Chinese brands like Oppo and Vivo. But looking from an average Indian consumer, if the phone meets their requirement, then there’s nothing can stop it to become the best selling phone.

Here comes the question – Does Mobiistar XQ Dual got the nerve in it? Well, let’s find out in my review. Before we move, let’s take a look at the specifications first.

Uhmm… The specifications of Mobiistar XQ Dual selfie phone doesn’t meet any of the 2018-ish smartphone specs, right? But isn’t that every brand starts with somewhere, and with something? So, let’s not think anything, and get straight to the review. 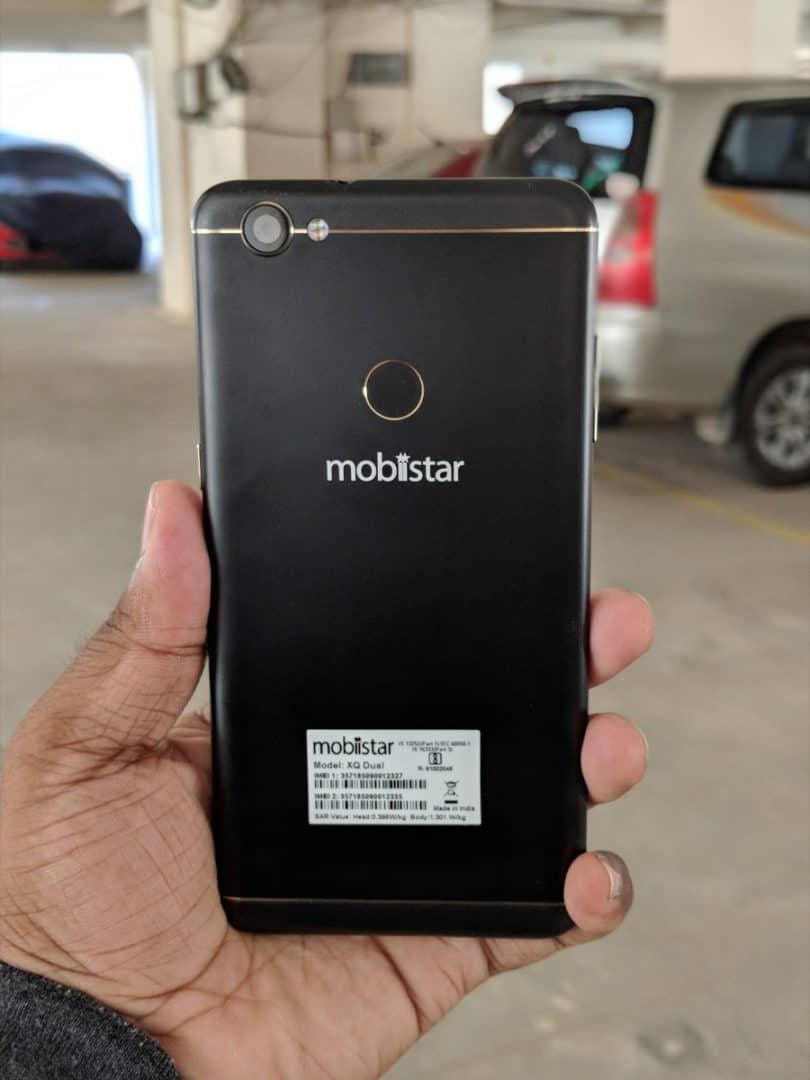 The fingerprint sensor is placed in the right position, where our index finger can easily reach out. There’s no dual camera on the rear side, and the primary camera sensor is of 13MP with f/2.0 aperture. On the front-side, there’s a dual selfie camera with a flash which the brand says the USP.

The top and bottom bezels are very thick, and there’re capacitive buttons at the bottom chin which are not backlit. The sequence of the buttons cannot be changed as they’re physical. So, if you’re used to having the back button on the left, then you need to get accustomed to using on the right. 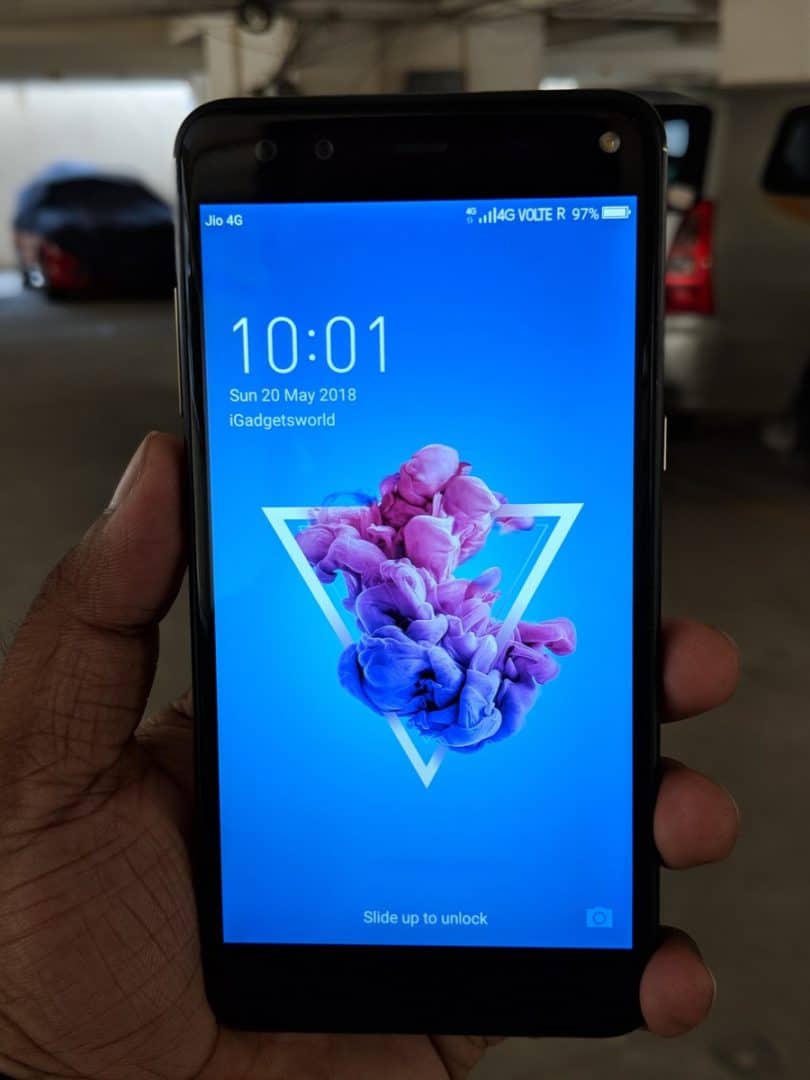 There isn’t anything on the phone that I can highlight, but I should talk about the display and the build quality. The phone chassis is made of metal and not plastic, and it’s very rigid in hands. I really liked the Matte finish on the rear, but one thing that’s bothering me is it’s a fingerprint magnet. Coming to the display, the phone does have a brilliant display. I never expected such vivid colors in a budget-end phone. There’s no glareness or tinted colors. Watching videos gives you the best experience, but the bezels at the top and bottom kill it. In 2018, we’re so used to 18:9 aspect ratio, so watching the videos on 16:9 throws you a couple of years back. So, yet again, if you’re planning to buy it, you need to get used to it.

Let’s get to the main part of Performance…

Mobiistar is branding the XQ Dual with a tagline #EnjoyMore!, meaning it has a good SoC, long life battery, and a brilliant display which lets you enjoy using it. But here’s the fact – It’s not as smooth as it’s branded.

In my initial tests, I faced a lot of discomforts using it. Continuous usage of the phone does heat up [>45 degrees Celsius], and make you not use the phone for a while. The SoC 430 is more than 3 years old, and have I forgot to tell you that Mobiistar XQ Dual still runs on Android v7.1? There are no comments made by the team on when they’re planned to upgrade it to Oreo, but again, it’s far better than some Samsung phones.

The phone’s UI is not that quite user-friendly, and so the launcher. Since my first day using the phone, I installed Nova launcher and I’m pretty satisfied with it. Though the phone comes with Adreno 505 GPU, it doesn’t live up to the mark in any of the benchmark tests. Not just in the Mobiistar XQ Dual, there’re critical reviews on this SoC+GPU combo. I do not understand why the brand took this combo?

I’d say, it’s enough for a 5.5′ Full HD display. Wasn’t it the same in 2016? Let’s take the example of Zenfone 3 which also has 3000mAh battery, and it runs a whole day with regular usage. In my tests, I experienced the same results. But prolonged usage like watching the videos on streaming websites does heat up the phone which in turn has a bad impact on the battery life. 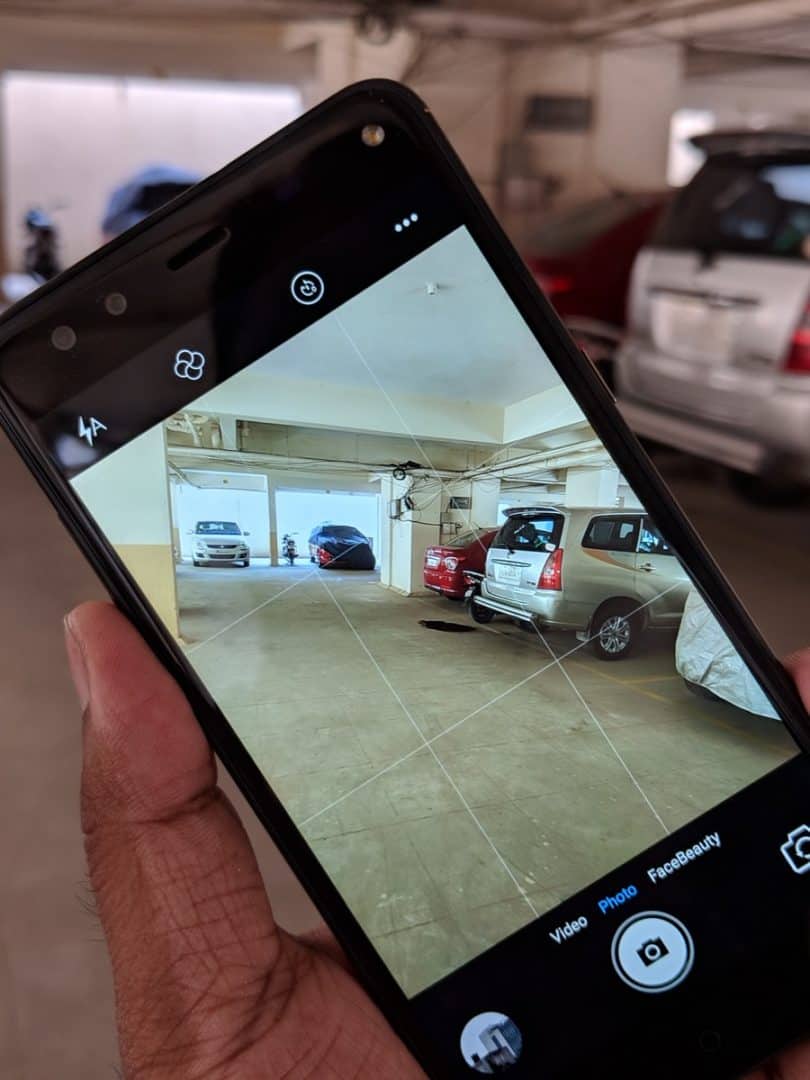 The brand dubbed the XQ Dual as a selfie smartphone, but it couldn’t live up to the mark. The shots taken by the rear camera are pretty decent. The macro shots are disappointing, as there’s no color balance. The reds, yellows, and Greens are over saturated. The HDR mode is good, but again, there’s a problem with the sharpness and detail in the images.

The front dual selfie camera along with the flash is actually not the USP on the phone. The selfies taken with the XQ Dual are not up to the mark. Most of them have a color imbalance. Either you’ve to edit in some photo editors’, or get into someplace where there’s a good source of light.

I liked the wide-angle shots from the front-cam and they’re pretty decent. It covers the whole area and gives you more viewability.

Low light shots are also pretty decent, but the night mode has noise and are over saturated. Overall, I can’t say that the phone’s USP is its camera. Instead, the phone’s display can be the USP.

You can find the more camera samples here.

What didn’t I liked?

XQ Dual marks the first selfie smartphone launched by the Vietnamese brand Mobiistar. It might not impress you with its specifications or the design, but the pricing part is pretty sweet. This could be your smartphone if you don’t care about the bezels or the dual rear cameras that produce the bokèh effect. This could be a daily driver for your parents, and I’d recommend gifting it. 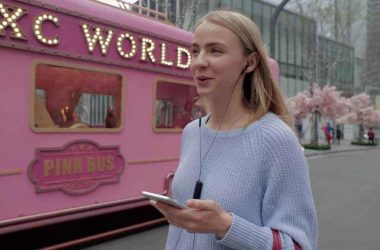 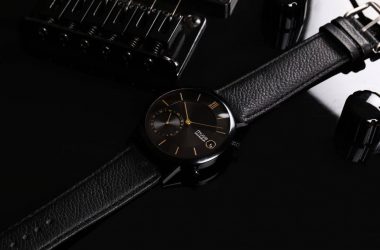 Muse Hybrid Smartwatch – The Best Of Both Worlds?