To all the worldwide Asus fans! The new ZenFone Max is the phone you are all waiting for! Well, you will soon know why I said it! Besides the high battery, the new Zenfone Max with some upgrades has all the major specifications you missed in the old ZenFone Max. In short, let me tell you the whole story in unboxing & first impressions on the phone! (Grab your popcorn, this is going to be exciting :p)

Though the new ZenFone Max is launched today, many of the tech bloggers have already got the device 1 week prior to the launch & we are one of them (Thanks to the Asus PR executives). The phone was kept in a special box that has a lock code which in this case is 235. I unlocked the special box & took the phone out! Well, it seems to be the old ZenFone Max for me but who knows what’s under the hood. 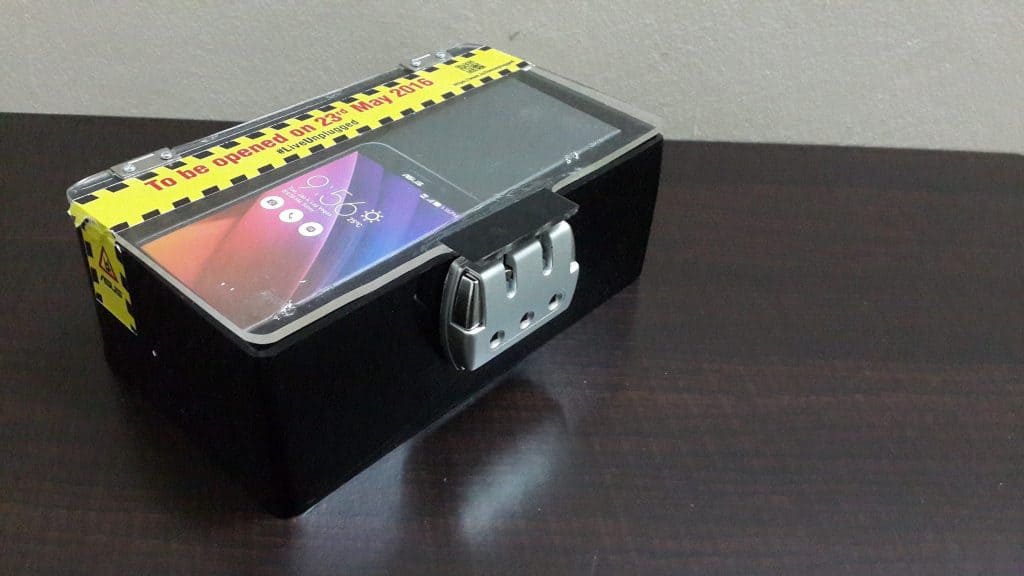 On the backside of the box, the phone’s major specifications are mentioned & are as follows.

Besides, it is mentioned the operating system is Android, but the version is not specified. Well, we know the answer don’t we? Now, let me talk about my first impression on this deluxe edition of ZenFone Max.

To be honest, I felt there aren’t any changes in the device as it was very similar to the old one. Well, from the design view, the phone is same like that of the old ZenFone Max but the difference I find is in the specifications & so the pricing. The below are the actual specifications of the new ZenFone Max.

Now, you know why I said it is going to be the phone you are all waiting for! Well, what else you need in a phone? A high capacity battery running on latest Android (kinda latest). So, the main difference I see from the new ZenFone Max to the old one is the internal storage, Operating System, GPU & the RAM. Here I’ve not mentioned the GPU as I would be talking about it in the benchmarking.

Well, the above mentioned are the key specifications & just by seeing them I found that Asus made a right move in increasing the specifications a little to give a tough competition to other mobile phones like LeEco Le 1s, Lenovo K4 Note, Redmi Note 3 etc.

The old ZenFone Max is basically meant for a big battery & everyone treated it as a device that can be used instead of a power bank. I feel, with the new ZenFone Max, users will definitely change their mind as the phone’s performance is also improved a lot. How am I saying this? Well, I did the benchmarking test using the AnTuTu Benchmark v6 & GeekBench 3.0 Application. Below you can find the test results of ZenFone Max.

The scores are actually not bad comparing to the competitors. At this moment, all I did is the benchmarking & will soon come with an in detail review explaining the device’s performance. For now, the changes I see in the phone is it is running on Android v 6.0.1. So, whenever I tried to access an application for the first time, I found a popup notification prompting to grant permission to access the media & contacts. This can be considered as a new security patch for the applications. Well, there’s no change in the ZenUI & is same as like the other Asus Phones.

Still, there’s no backlit for the keys, but the response rate is very fast. During the benchmarking testing, I haven’t found any heating issue which is quite impressive, but I can only confirm whether the device has any heating problem only in my full review as these are just my early impressions. As far as I tested, the device’s battery life is also quite impressive.

Soon, I will come with my full review on Asus ZenFone Max, but as for the first impressions, I feel this phone is definitely an all-rounder. A high-capacity battery, A 720P HD display, A massive storage & a perfect price tag. This is what we have been waiting from the Asus.

So, these are my first impressions but not the final impressions on the Asus ZenFone Max! Let me know if you any queries on the phone & will clear that in my upcoming review.