press render of Samsung Galaxy F (S5 prime) picture  is  just now leaked by evleaks and it’s of a perfect golden metal back on the rear side,  just before the previous day, we posted the Samsung galaxy s5 mini leak and now it’s Galaxy F aka galaxy S5 prime, and the picture leaked by evleaks is visually stunning, it has a golden metallic finish on the backside (as per the leaked image by evleaks) and still we are hoping more specs of galaxy F aka S5 prime  will be leaked soon, and the visual display is also good ! well we see iPhone 5S in a golden metallic back, now it’s Samsung’s time to copy the Apple’s, as per leak it’s perfect example that Samsung is going in the same way as the Apple do!

There are still many rumors flooding the internet, and we will post them asap, and as far as we know galaxy note 4 is going to launch in September 2014, but we still don’t have any information or any kind of leak when will this Samsung galaxy F is going to launch by Samsung

As per the rumors, the  specs of the Samsung galaxy F are like this,  it is provided with a Snapdragon 805 for international users, and a Samsung Exynos SoC with LTE Cat 6 connectivity in selective regions, 3 GB RAM and a QHD( Quadra HD) AMOLED display, but we are not sure these are the official leaked information, until then have a look at the leaked picture of Samsung Galaxy F 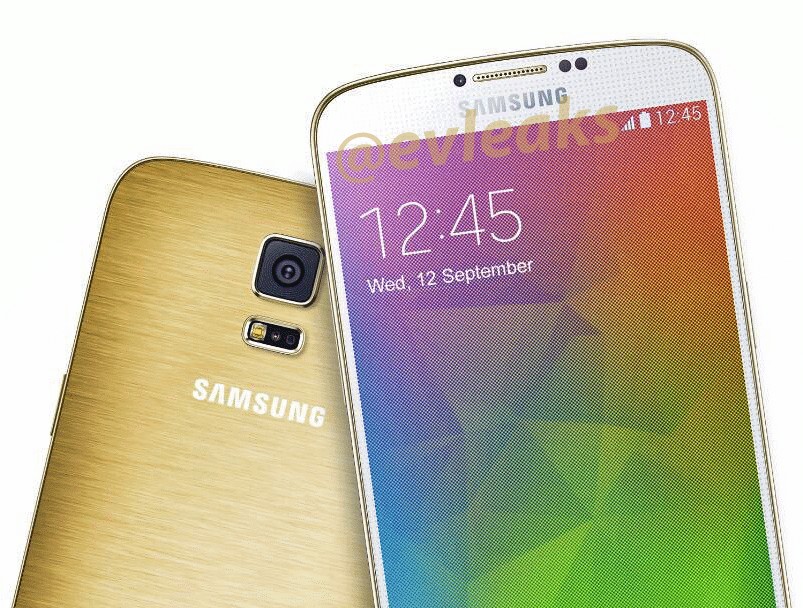