we can see that these images are very similar to that of Galaxy Alpha as of it’s metal frame and Galaxy Alpha is not yet announced by Samsung, but if we see from the front side these new images suggesting that Note 4 is looking very similar to its predecessor Note 3, but from the sides and back, it’s seems to be new design

Let’s get more in depth into the leaked images, Note 4 obviously looks like Galaxy Note 3 from the front side, there is a front cam, sensor etc, and what’s more interesting is at the back side and sides, as i said it’s of new design, 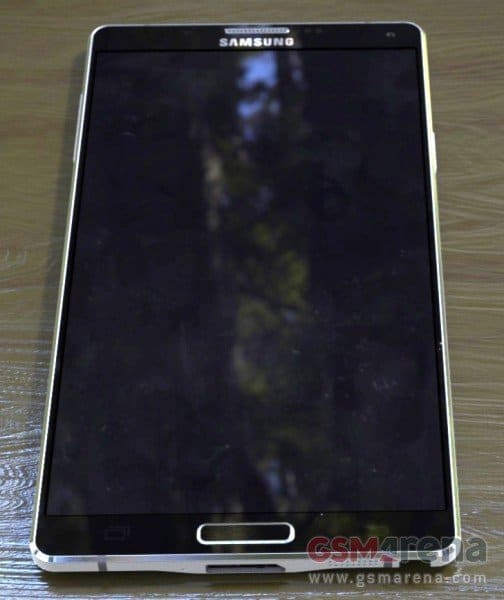 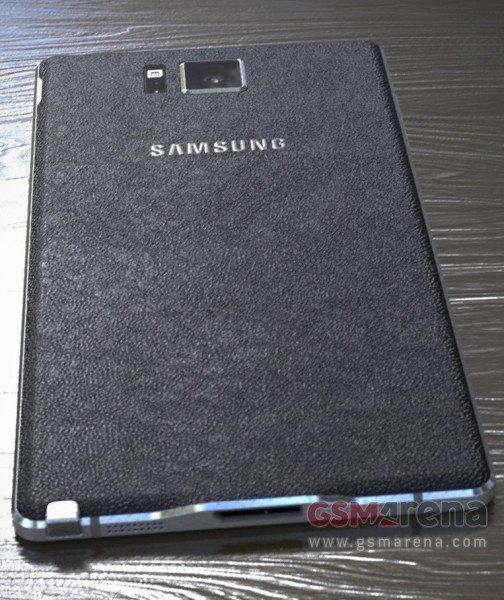 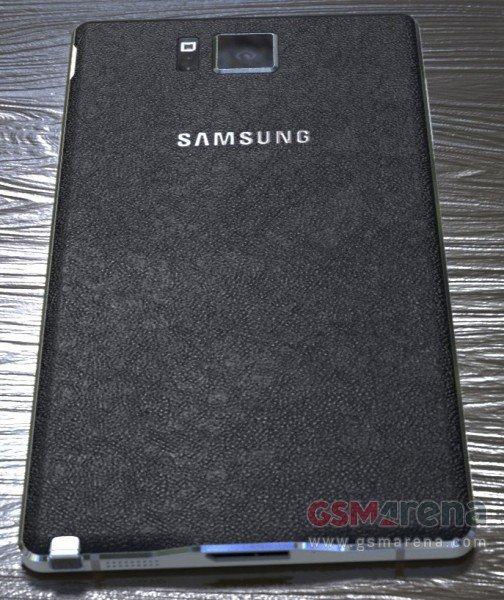 The outer frame is metallic, which covers the entire sides, (as seen in Galaxy alpha) and it ends on the edges, but at this it appears to be plastic, may be for the antenna reception, as metal doesn’t allow! the entire back view of Note 4 is covered with leather-texture (usually new smartphones from Samsung are coming in this way), On the back side we can see the Camera, LED, Heart sensor (like the previous galaxy series smartphones and the Galaxy Alpha)

We have seen an article in PhoneArena suggesting the alleged Note 4 retail box, and you can see the leaked retail box here !!