A Texas teenager Ariel Tollfree was sleeping in her bed as usual placing her Samsung Galaxy S4 in the bed and was in deep sleep, but she woke up when she smelled something burning, but she got surprised to see her Galaxy S4 smartphone caught fire and is begins to melt down. 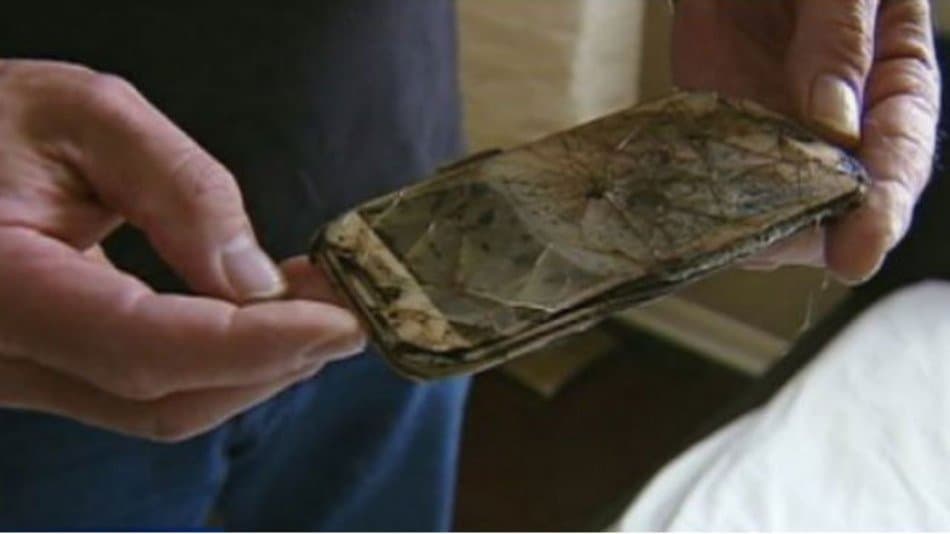 She explained, ” phone got cracked and begins to melt down, it eventually made a hole through the pillow”, “I didn’t think much of it, so I went back to sleep, and then I woke up again and it was more prominent, but the phone slipped under my pillow when i slept”

Ariel’s dad, Thomas explained,” ”The whole phone melted, “The plastic, the glass. You can’t even really tell that it was a phone.” and the possible reason might be phone’s battery heated up and so it swelled!

like this Samsung Galaxy S4 battery issues, had happened through out the world, and there were many reporting regarding like these issues, at the starting of this year 2014,  the Daily Mail reported that a British woman left her Samsung Galaxy S4 to charge all the night besides her, and the result, phone got cracked as same like in the case of Ariel,

Earlier in this month, in HongKong reported that his Galaxy S4 exploded and it made the whole house to burn down including his Mercedes Benz (as per CNET report) and in 2013, December samsung tried to cover up this with a video as a customer complained that his Galaxy S4 caught on fire

so, in the case of Ariel’s Galaxy S4 issue, ” she  used a replacement battery rather than original Samsung’s, but the product is safe, ” said by Samsung’s spokesperson to FOX, he also added that, ” in the Galaxy S4 user manual, it is clearly mentioned that, when the smartphone is covered up in such a way it get restricted by air flow, it will eventually cause a fire or even a explosion, and this warning has been highlighted, but customers are completely unaware of this issue, so in the case of Ariel, she placed her smartphone, below her bed, and the possible reason may be the air flow restriction, so it might happened.

But a good news is that, Samsung gave a promise to Texas teenager that she will get a replacement of galaxy s4 and compensation for her ruined bed, and the melted Galaxy S4 will be taken for furthur investigation.

so, guys we request everyone to please read the user manual of any smartphone you buy, and follow the instructions given in the manual, by the way are you a Samsung Galaxy S4 user ??

Reportedly there are some more issues in Samsung smartphones, here are some melted pictures of galaxy note 2 burned down while charging 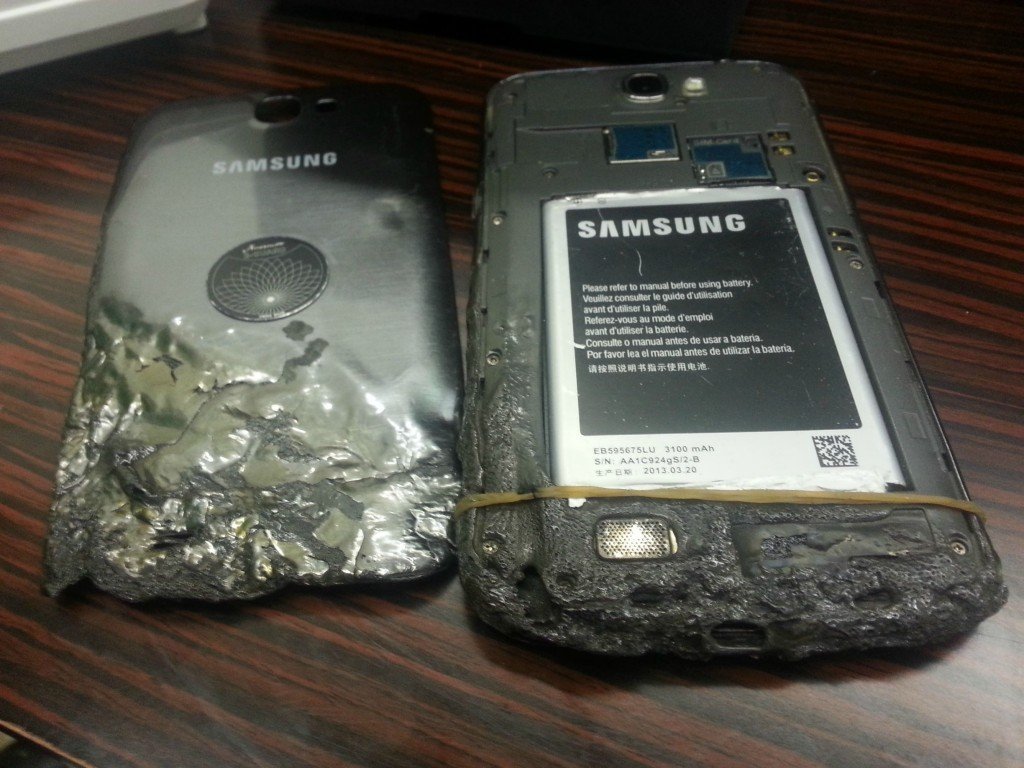 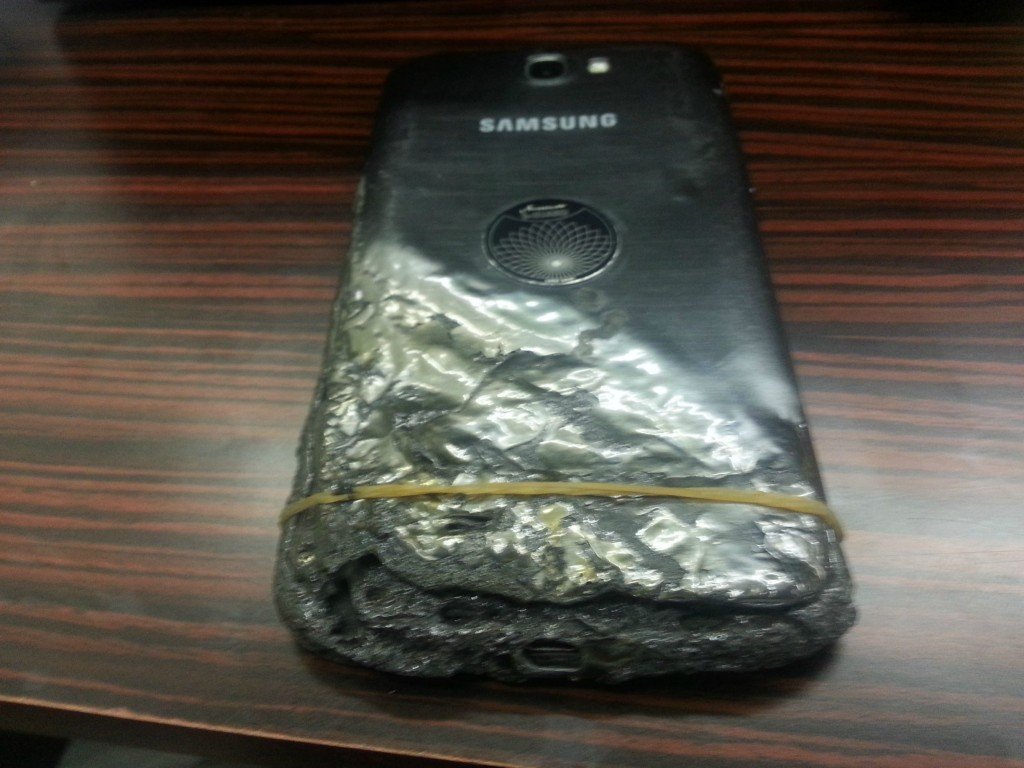 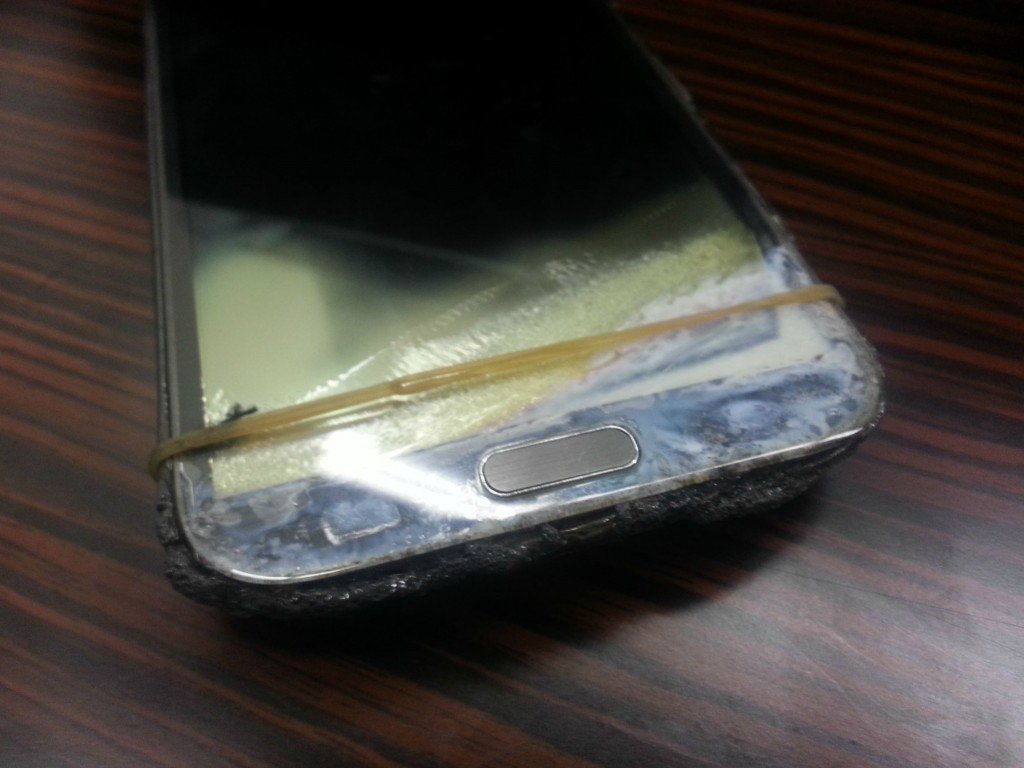