Valentine’s Day is Here – Check out our Best Gift Idea!

Valentine’s day is here! The day that was invented by greeting card companies to increase the sales (a quote from the movie “Eternal Sunshine of the Spotless Mind“).

Well, this is what we believe at iGadgetsworld too. So, instead of writing the gadget gift ideas for Valentine’s day, we came up with yet another interesting idea for today. 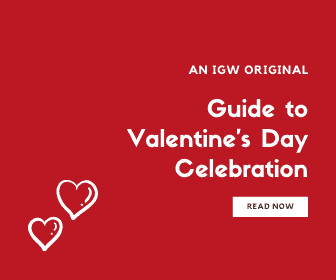 Remember the Fight Club movie? It wasn’t received well during the initial release, but later on, the movie got a cult following. You can call the film a psycho-thriller, action-thriller or any other, but I saw the movie as a love story!

Before getting into the explanation, watch the video first!

The entire movie plot revolves around three significant characters, 1 – The Narrator, 2 – Marla Singer & 3 – Tyler Durden. As it was a 1999 release, I guess most of us have already watched it twice or more, so I will get to the main point.

There were many scenes where ‘The Narrator’ tries to express his love but fails every time due to his alter-ego: Tyler Durden. Marla – the girl loves his alter-ego, but it was ‘The Narrator’ who become ‘Tyler Durden to win Marla’s heart. Though the story is complicated & hard to explain, from love-point, it is what we thought.

But, as the Narrator already found there’s no Tyler Durden, he takes advantage of the explosion & proposes to Marla differently.

You met me at a very strange time in my life

It is the best one-liner in proposing a girl & thus, the story ends in a blast.

The Narrator’s alter-ego is dead, which he developed to make Marla love her, thereby forming up a Fight Club [Project Mayhem] to set up explosions in the entire city. So, only ‘The Narrator’ & the audience know what’s the plot about, & at the end, ‘The Narrator’ turns to be Tyler Durden – End of the story!

Hmm! It seems to be quite complicated. Well, let me give the storyline in a single line.

Narrator creates Fight Club to make Marla love him, proposes her on the eve of an explosion – End of story!

Still, don’t get it? Well, this is just a made-up article to make readers think about what they are doing in their life!  Our suggestion is you don’t have to bring explosions to propose a girl when the time comes; not even Tyler Durden can stop you from getting to your girl. Not just Valentine’s day, every day will turn out to be a special day! Just follow what your heart says!