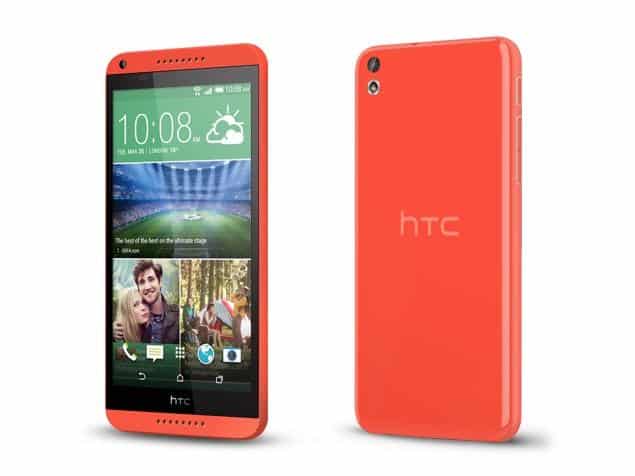 The HTC Desire 816 comes with a 5.5-inch HD (720×1280 pixel) display and is powered by a 1.6GHz quad-core Snapdragon 400 processor, alongside 1.5GB of RAM. It includes 8GB of inbuilt storage with support for microSD cards up to 128GB, that is something pretty unusual. HTC could add some more internal storage instead of expanding the external storage to such an extreme extent. There is no news about the Android version in HTC Desire 816, though HTC did confirm the presence of HTC Sense 5.5 UI on top. It sports a 13-megapixel f/2.2 rear and a 5-megapixel front-facing camera. The smartphone features dual frontal stereo speakers with built-in amplifiers.

Connectivity options on the smartphone include Bluetooth, DLNA, Micro-USB, and Wi-Fi, part from 3G connectivity support. The Desire 816 is backed by a 2600mAh battery, which is rated to deliver up to 21 hours of talk time and up to 614 hours standby time on 3G network. Interestingly, the handset is the first HTC device to incorporate a Nano-SIM instead of a Micro-SIM card.

A recent report claimed that the struggling Taiwanese smartphone maker is expecting to swing to profitability and double its revenues in the three months to June, aided by the good sales of its new flagship, the One (M8) and the new mid-range Desire 816.

Check out the detailed specifications of the smartphone below: 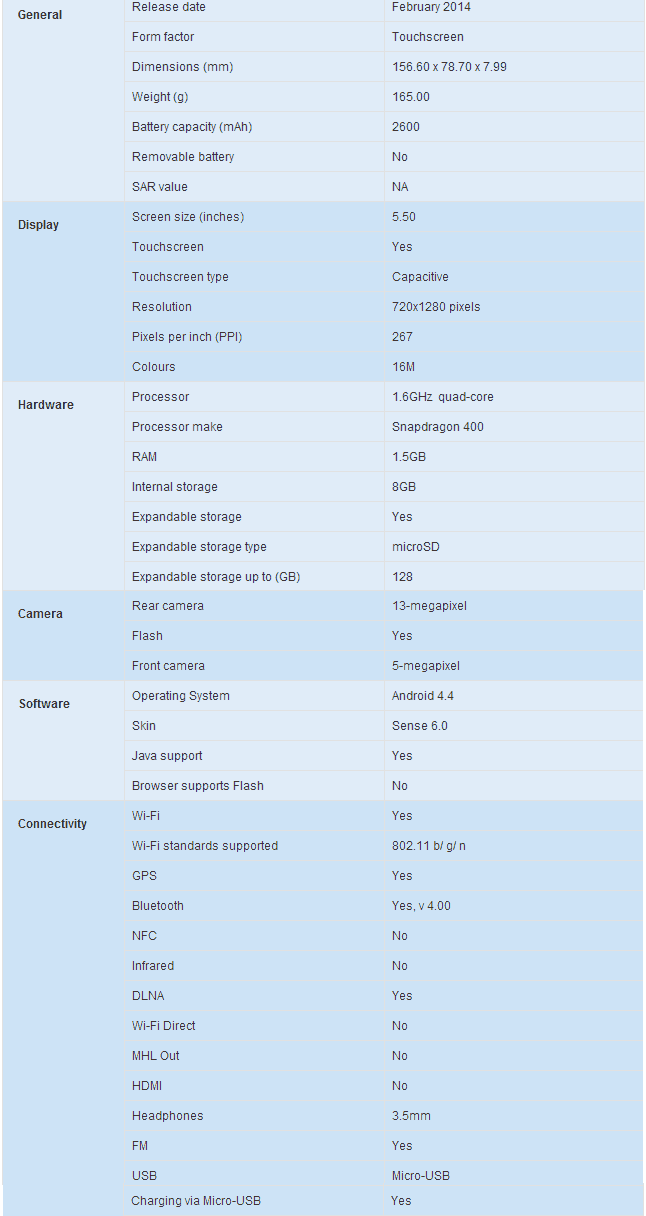