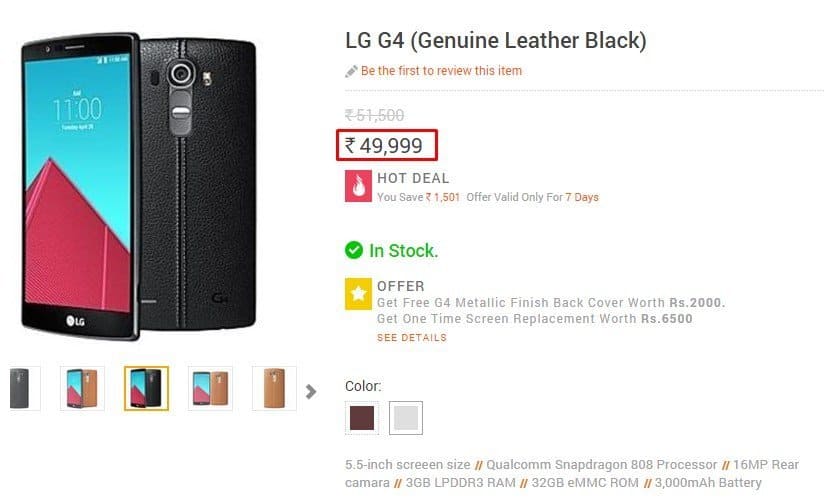 LG G4, the latest flagship from LG Electronics is up for sale in India on Infibeam e-commerce site. LG Electronics India is still planning for the official launch event to release this flagship into the Indian market but for every one’s surprise this mobile goes on sale today in Infibeam. 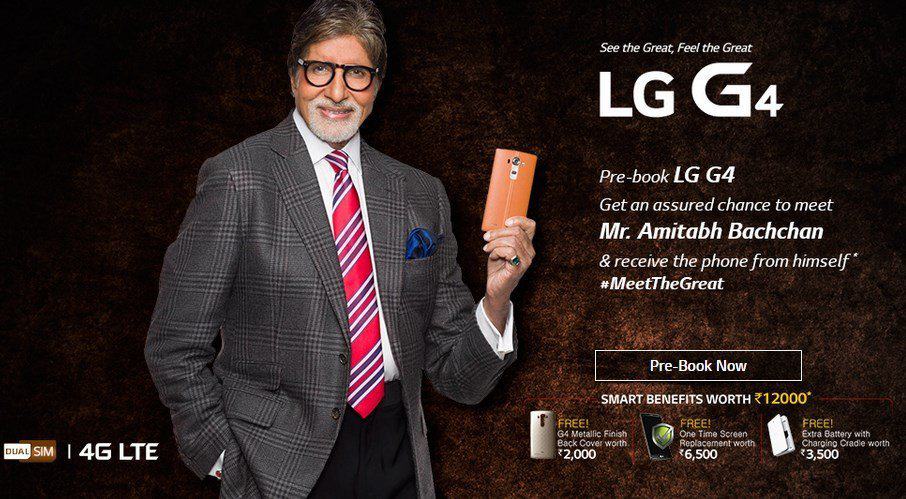 Meanwhile in the official LG Electronics India site, the flagship is up for pre-order. There is a contest running on pre-booking, one winner will be chosen to meet the Bollwood legend- Mr. Amitabh Bachan and receive the LG G4 from his hands. Other smart benefits worth 12,000 rs is also included.

As per the source Infibeam, the leather back cover comes with orange and black by default and here are the key specifications of LG G4.