Micromax will launch Android One smartphone on Sept 8, exclusively on Snapdeal 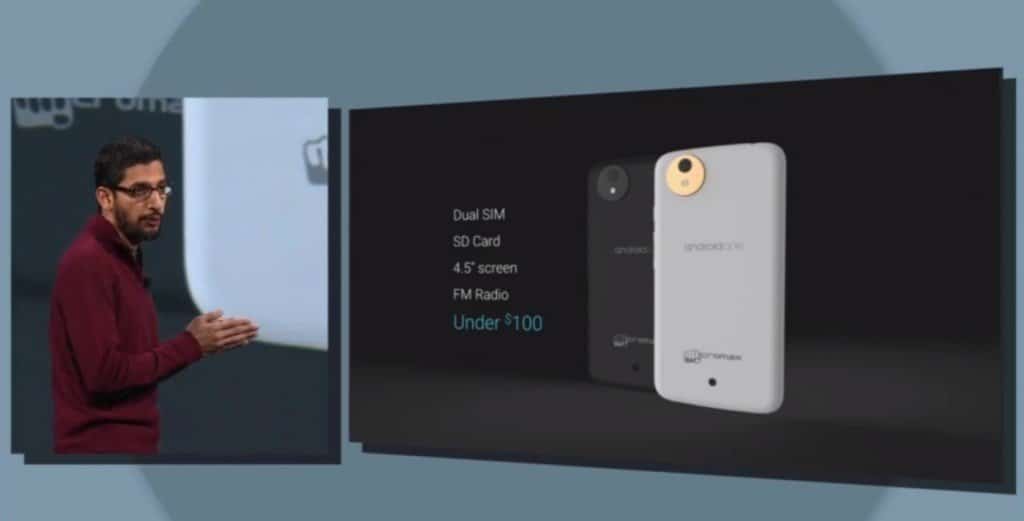 Micromax is all set to launch the first Android One smartphone in the world and it is going to be launched i India on Monday. Here Micromax took a different turn, they are not following Xiaomi or Motorola and instead they partnered with Snapdeal. The phone will be a Snapdeal exclusive and according to the sources, it will be available from Monday.

There is no word about the price, but as the Google Senior VP Sundar Pichai said, it is expected to be priced between 6000-7000 INR. The phone will be featuring removable back, 1750 mAh battery, dual-SIM connectivity, microSD slot, 1GB of RAM, 5MP camera, quad-core processor and 4.3 or 4.5-inch display. The smartphone will be upgradable to the Android L, which is the trump card for Micromax to smash the dominance and popularity that Xiaomi and Motorola got in the recent days.

On the other side, Google will be showcasing Android One smartphones in the Sept 15 event, they have scheduled. Google has tied up with Micromax, Karbonn and Spice to bring Android One. Android One will bring a massive change in the smartphone market in case of customers point of view, along with the power of Android L, it seems quite promising and Micromax will surely won’t let this kind of chance go from their hands.