Mythbuster: Nokia is not the only rock solid handset

Till now you may have seen hundreds of memes about Nokia phones which justify how much hard and tough it is, like this one. 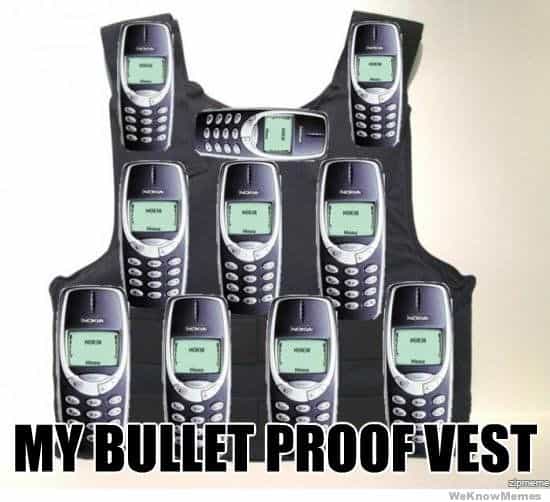 Many people still trust Nokia and put it on their first preference just because it has good battery life, rough and tough and user friendly. And the best part is that, you can throw a pebble in your neighborhood and find a service center very easily. And in India, still many people you will find who takes companies like HTC, Asus and Xiaomi to be Chinese prototypes of smartphones and don’t even care to know about them or research a little before buying a new phone. So, we just did a crazy experiment, not even experiment. It was like an accidental decision. So, the story behind it goes a follow:

Me and my friend Soumyadip aka Sunny were in a restaurant, a pretty cheap and beautiful looking one in the midst of a lot of mango tress and we’re getting hungry. Suddenly, I just got an idea. How will it be to aim at the mangoes with the HTC Desire U and try to get some mangoes? Well, it may sound very funny and weird at the same time. But our order was not ready and we were too hungry. So, I just took out my phone and asked him to aim at the bunch of mangoes hanging there. And he aimed at a few first, took a breath and threw his phone and it’s a hit. Right at the first attempt we got two mangoes and I recorded the whole video, which I’ve added below.

Then we picked up the phone and saw if there was any damage, as we were also a little thoughtful about the consequences as it costs around $250 and he may end up breaking the screen or causing some much sever damage, but there was not even a single scratch. This caused us to be more confident and we tried the same a few more times, and we became successful without a single damage caused to it. All these happened in the first week of may, this year. But still the phone is working fine and there has been no lags, no scratches and no performance drop. Honestly saying, I have also used HTC phones and also my dad uses an HTC, and we pretty often drop them. Screen breakage, any other damage? No way, it runs as smooth as it used to be when we unpacked the phone. Yes, there will be a little drop in performance as we keep installing more and more apps and store a lot of data, but no immediate effect was visible even when we threw the phone to any other guy and he missed the catch. So, if you still belive that nokia is the only rough and tough handset, you’re still a few years behind of other people.