The Japanese tech giant Sony had been revealing a lot of ‘Z’ series smartphones from past few years which became odd fashion from the user perspective. Though there were multiple advancements in both performance & design wise in the past Xperia Z5 & Z3+, there wasn’t enough demand in the market.

As we already said Sony gonna take up things serious after the Z5, the same result can be seen in today’s MWC 2016. The Japanese company showed new gadgets to the world. Today, at the Mobile World Congress 2016 in Barcelona Sony officially unveiled the all-new ‘X’ series smartphones – Xperia X and the bigger version Xperia XA. Along with the new smartphones, Sony also talked about a new range of connected devices which are going to transform the digital world.

Before talking about the connected devices, Let’s start with Xperia X and Xperia XA smartphones first.

According to Sony, the company poured a lot of effort in redesigning this new flagship series and also improved the camera performance. Along with that, the company also immersed its’ efforts in making sure that the flagship devices will have enough battery to run for a max of 2 days.

As already said, the camera performance improved a lot, there is a new feature called ‘spontaneous capture’ which helps to focus things quickly. Another feature is the new hybrid auto-focus which can predict the movement of an object once the focus is on it. This means the picture clarity will be sharp even if the object is in motion.

Both these smartphones will have cool matching style covers just like the old ‘Z’ series smartphone covers. The covers are available in Black, Lime Gold, White, Lime Rose, and Graphite.

Apart from the new X series smartphones, Sony had talked about the new range of connected devices that are planned to be launch in the future.

One of them is being the Xperia Ear which is a lightweight Bluetooth earbud, which has personal assistance functions. Just like the Microsoft Cortana & Apple’s Siri, Xperia Ear can take user voice commands to do things like checking the weather, news, traffic, events, calendar etc.

Along with the Xperia Ear, Sony had also talked about some new Xperia connected devices which are currently in the development stage.

One of them is the Xperia Eye, a wearable 360-degree wide-angle tiny camera that can be used as a daily life device. As per Sony, Xperia Eye will be smart enough to accept voice commands for hands-free operations.

The other connected device is the Xperia Agent, a smart personalized assistant with a built-in camera and projector.  The main idea behind Xperia Agent is home automation & this may be a huge competitor to the Amazon’s Echo.

Besides this, Sony hadn’t talked about the price or release data on the connected devices. Let’s hope they will also get launched by the end of this summer. 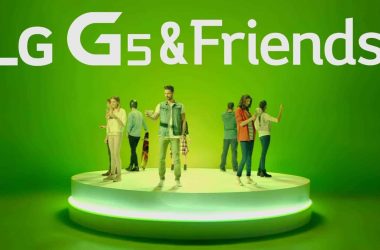 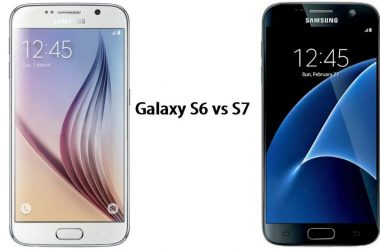 The Samsung Galaxy S6 vs S7, what has changed?