Sony Xperia Z3 benchmark leaked again by benchmarking site GfxBench!, the benchmark of Xperia z3 suggesting that the specs of z3 are very similar to it’s predecessor Xperia Z2,  Our previous leaks on Xperia Z3 also suggested the same thing, that Xperia z3 is same as Xperia z2, but with some quite changes in their specifications

Let’s get into this leak by GfxBench, this smartphone is named as Sony D6603 aka Sony Xperia Z3 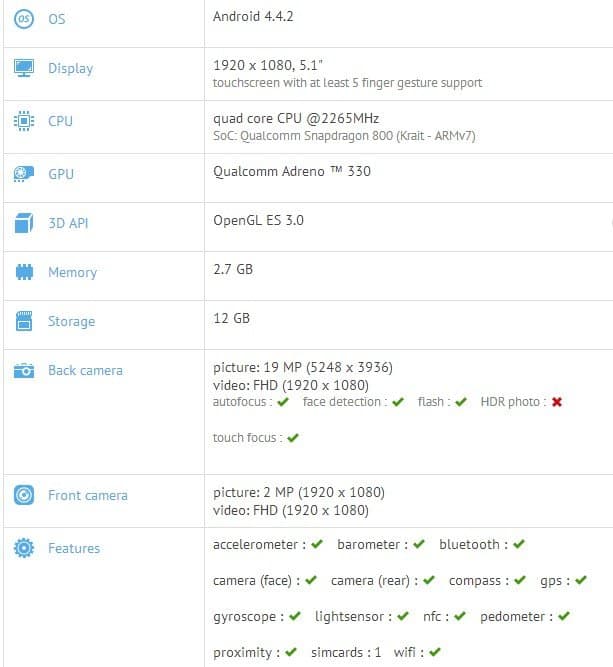 Reports suggesting that Xperia Z3 will go live at IFA Expo event (Berlin) in September, as to give better competition to Samsung and Apple, same in the September month, iPhone 6 is going to launch, and rumor is that Samsung is going to launch it’s Galaxy Note 4 in Md-September

As from GfxBench database, the leaked specs of Xperia z3 are as follows:

and some other features you can see in the above picture taken from GfxBench website, Now let’s see the specs of Xperia Z2, so we can observe the similarity between these two flagship smartphones from Sony

If we observe most of the specifications of Xperia Z3 and Xperia Z2 are same, but leaks from other sources suggesting that the difference in Xperia Z2 and z3 are of it’s compact size, thinner and not as large as it’s predecessor Xperia Z2

we are expecting some more added features to Xperia Z3, so it would be unique than other smartphones like iPhone 6, galaxy note 4 etc, and we are expecting this launch very soon in september at IFA expo, and reports suggesting that Xperia Z3 compact will also be announced with Xperia z3

we will soon some more leaks and information regarding Xperia Z3 and IFA expo event !