Vivo V7+: The smartphone which has nothing except selfies?

Vivo has launched yet another smartphone from the V Series, the Vivo V7+ and it’s just a package which is way overpriced, full of marketing lies, and it will make you cry soon when you finally realize that you have invested your money in nothing! It’s an all-in-one package for those who want to invest in crap and enjoy selfies, that are compressed a lot while uploading on social media, and has a lot of money to buy any kind of things. There are a few reasons, that I could find, along with some shocking revelations by other phone reviewers. Of course, I don’t have a unit with me right now, anyway I will try to find that one stupid friend who buys the phone and will try to find out more.

The first thing that I noticed was the display, which looks quite similar to Samsung’s Infinity Display on the Galaxy S8 and bezels which look thinner even than the ones on the Galaxy S8. This is kinda unbelievable but see for yourself.

This year is dedicated to bezel-less smartphones for sure and, it will continue in future as well. Both of these two images are actually official product banners/images that Vivo and Samsung used to promote their respective phones. But, did Vivo beat Samsung in the game? Well, in terms of the screen to body ratio, Vivo actually did beat Samsung in the game with 84.5% screen to body ratio, whereas Samsung is stuck at 83.5%. But, does that 1% difference make a huge difference?

Probably no, because you won’t get the colors popping out excellently on the Vivo V7+ as compared to the S8 because of the kind of display Vivo has used, a big downgrade as per cost cutting measure. Vivo has used a 720p display, yes you read that right. I have no idea why in the year 2017, someone would actually end up using that kind of display on a phone that is not very affordable and doesn’t provide much value for money. When everyone is almost ready to jump towards 2K display soon at this kind of price segment or at least big and well-reputed brands like Motorola, Xiaomi, and a few others are providing at least 1080p display on their phones in this price segment, it’s just not right. I know well that comparing Vivo V7+ to S8 is kinda foolish, but what about the display resolution? I can easily compare it with many mid rangers which pack 1080p display, seems fair enough?

In terms of processor, Vivo, as usual, is hiding the exact processor built and has just mentioned as ‘Octa Core 64-bit’ on their official website. There is no mention about the clock speed or manufacturer or any name of the processor, but well it packs a Qualcomm Snapdragon 450 inside. Well, the Snapdragon 450 is not a processor that is unfit right now as it’s been announced recently, and with Adreno 506 GPU it is 25% better than Snapdragon 435 in terms of graphics performance, the Snapdragon 450 is the first in the 400-tier to support real-time Bokeh (Live Bokeh) effects.

It is also designed to improve on previous generations by including support for an enhanced dual camera at 13+13MP, or single camera support up to 21MP; hybrid autofocus; and 1080p video capture and playback at up to 60fps, enabling slow motion capture. The Snapdragon 450 also includes support for 1920×1200 full HD displays, as well as the Qualcomm Hexagon DSP, which enables multimedia, camera and sensor processing at greater performance and lower power than the previous generation. All these information are taken from Qualcomm’s Official Press Release regarding the Snapdragon 450.

But…but…what about the Vivo V7+ camera?

No, I just lied. No, I didn’t actually lie, Vivo did? Why? Because the Snapdragon 450 can support either 13MP+13MP dual camera setup or single 21MP camera setup. And this is what I have mentioned earlier as well, so how could Vivo fit a 24MP camera onto the phone which has a chipset that doesn’t support the same? First, Vinay Gowda, who is a hardcore techie and into reviewing phones made this revelation via a blog post and quoted exactly what Qualcomm has mentioned as features of the Snapdragon 450 and in case you’re still doubtful, go check out Qualcomm’s official website.

This story was also noticed and got picked by How’s That Phone and probably a few other blogs. And none of them shoot in the dark, as they tried a bunch of apps to find out what kind of sensor is present on the Vivo V7+ and in almost all the cases, the results showed that the phone has 19.7MP camera, which can be true as the chipset supports one single camera module up to 21MP only, not 24MP.

Some techies also pointed out that the photos can be taken at that resolution and are being upscaled, but then, why this marketing gimmick of ’24MP Clearer Selfie’, when you’re taking a photo at 20MP?

Also, Aditya Nath Jha from Inspire2ZRise.com found out that one app actually showed that the Vivo V7+ has got a 23.8MP selfie camera, but he also said that many other apps showed that it has a 19.7MP camera. This is what he said.

And of course, there are people who can make very very wild guesses, someone made these assumptions.

The first assumption may be quite true as there is some evidence. But the second assumption is just cancerous, as it says that Vivo might have tweaked the Snapdragon 450 that supports up to a 24MP camera. How in this world will Vivo try to make a chipset compatible to forcefully make it support higher end hardware support?

The third assumption is even vaguer. If Qualcomm becomes successful in delivering 24MP support for Snapdragon 450, why wouldn’t they say it? It will be a proud moment for them as well as they achieved a goal of delivering the capabilities of supporting a 24MP camera on a budget chipset and especially when you’re a chipset manufacturer and many brands rely on you, any such company will try to deliver the best capabilities at the best possible price for selling the components to the manufacturers. You don’t have any proofs and yes you shot in the dark. Some people are also saying that Vivo V7+ actually packs a slightly higher end processor, then why there is no mention of anything like Snapdragon 451, 452 or blah blah blah?

UPDATE FROM VIVO AS ON 11/09/2017: “We appreciate your interest in Vivo and our products. Vivo would like to reiterate that the new Vivo V7+ front camera sensor is indeed capable of shooting 24MP photos. The Qualcomm website will be updated shortly to include support of this specification. We always guarantee the authenticity of our information, as well as our dedication to innovation and our consumers.”

Popular Indian tech blog PhoneRadar has received this statement from Vivo India, and more details can be found here.

Now, I have more questions in my mind. Here are some of those-

The phone packs 4GB of RAM, again with the 800MHz speed, still, it’s fine. In terms of build quality there is nothing very exceptional or standing out in the crowd as the main material for the body is plastic, whereas there are phones which pack a higher resolution display, a good dual camera setup, a selfie camera with flash does the job of sharing selfies on Instagram well, and cost much lesser than the Vivo V7+. Well, at under Rs. 20,000 you could easily pick the Moto G5S Plus, Xiaomi’s Android One smartphone the Mi A1, Honor 6X, Nubia M2, etc.

So, I just don’t get the selfie and megapixel game that both Vivo and Oppo are playing since a long time and marketing with just one word- ‘SELFIE’. If people just care about selfies so much, probably they should buy this combo- Jio Phone, a point-and-shoot camera and a phone like Mi A1 or G5S Plus. 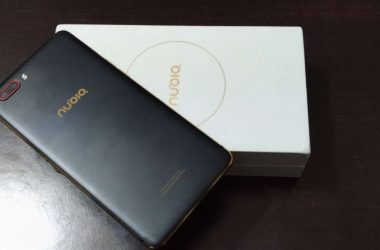 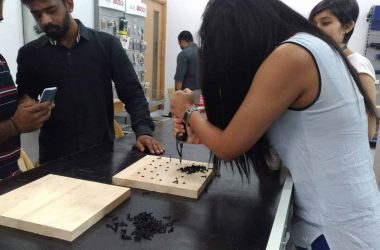 Bosch GO – The Only Smart Screwdriver You Will Ever Need!