Finally, Asus launched the flagship Zenfone 5z today for an aggressive starting price of Rs. 29,999. I was lucky to get my hands-on Zenfone 5z 6GB/64GB variant a week before from now. I had a fun time exploring the AI phone, and the device impressed me a lot. It’s true that there was a great delay in launching this flagship phone, but I’m sure that it’s going to disrupt the flagship market especially give a strong competition to the OnePlus 6. Wondering why I’m very certain about this? Let’s head on to my first impressions of Zenfone 5z to know why. 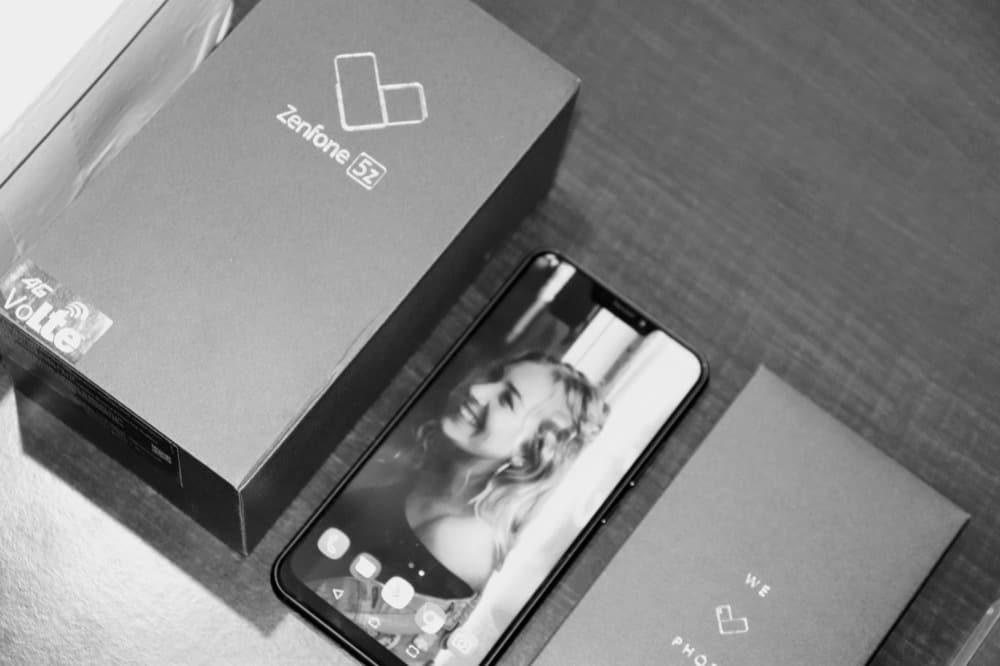 Did you know that Zenfone 5z was the first flagship phone to feature a ‘notch’ which is relatively smaller compared to the iPhone X, but it hadn’t entered any smartphone market which made Vivo V9 get in the top-line. Nonetheless, now that it’s officially arrived in India, I’m hoping consumers will love this notch phone from Asus. Before I move forward, I want to remind you about my hands-on Zenfone 5 which I wrote a couple of months back. There isn’t much difference between both devices except the flagship chipset, but sadly, Asus is not planning to launch the Zenfone 5 as it runs on the same chipset as of Max Pro M1. Well, it’s also obvious that the consumers’ are very much looking forward to Zenfone 5 than 5z, but with the disruptive pricing of 5z, I’m presuming users are not going to be disappointed.

It’s time to head on to the main part of my first impression on the Zenfone 5z.

Design wise, the Zenfone 5z isn’t any different from the rest of smartphones in Zenfone series expect the notch at the top. As mentioned already, the notch on Zenfone 5z is relatively smaller than iPhone X. It does have the main sensor in the notch region but doesn’t have the face mapping, IR, etc. as in iPhone X. However, the phone does offer face recognition which turns out very fast and accurate in my usage. 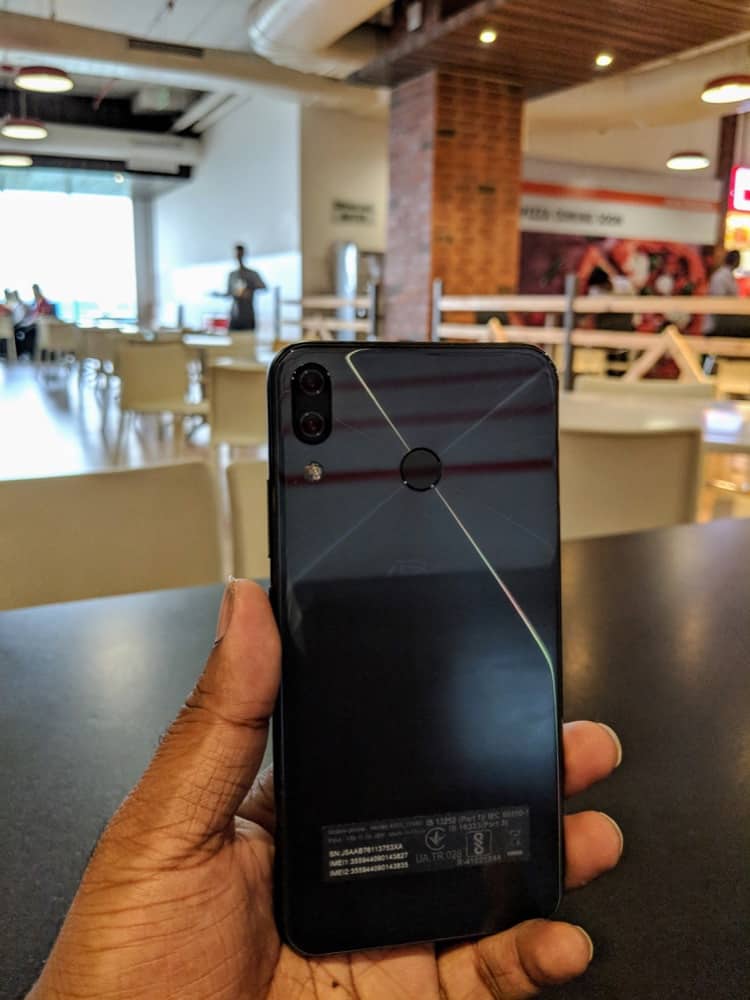 On the rear side, the Zenfone 5z has a metal glass finish and does show the signature mark of Asus, and this reminds me of Zenfone 3. Though it’s glass on the rear side, the phone doesn’t support wireless charging. Well, the wireless charging is not mainstream yet, so there’s no point in saying it as a flaw here. The fingerprint scanner is placed at the right position where the index finger usually reaches. On my exploration, the fingerprint sensor is fast AF. It doesn’t take much time to unlock the device, and I’m very positive that it’s one of the fastest fingerprint recognition in the smartphones I’ve seen till now. 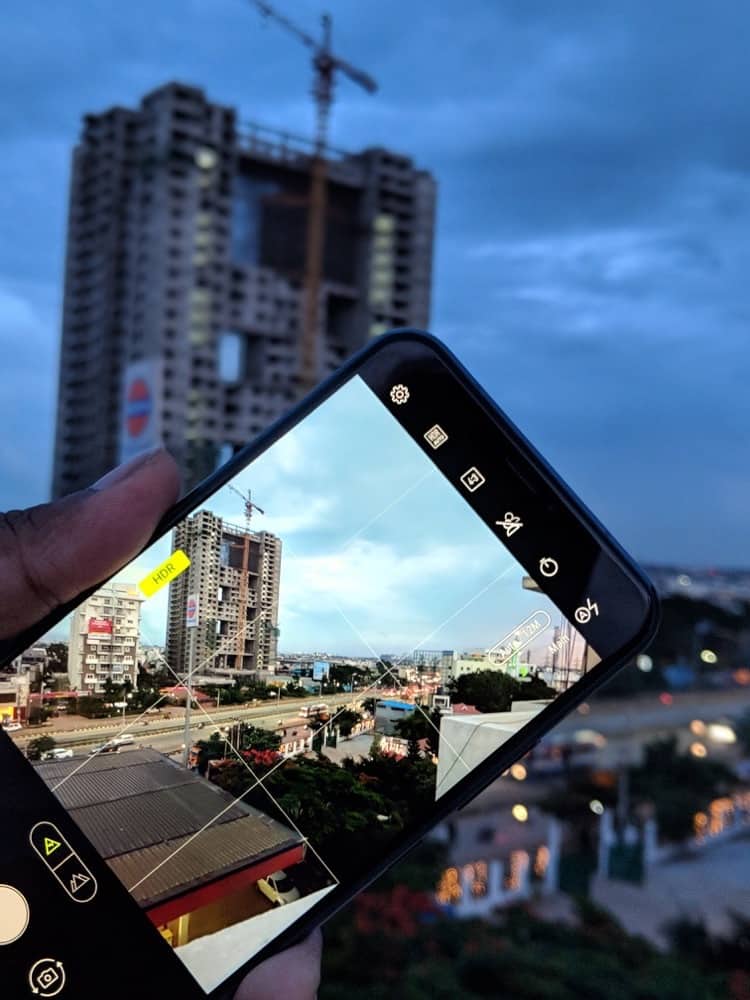 There’s a dual camera setup at the top-left position which is yet another inspiration from iPhone X. But unlike the other dual camera smartphones which use the second camera for the depth-sensing, the Zenfone 5z’s is used to take wide-angle shots. Yes, you heard that right. Just like the flagship phones from LG and HTC, Asus gave the second camera as the wide-angle one with 8MP, f/2.0 aperture. The main sensor is of 12MP, f/1.8 whereas the front-facing camera is of 8MP, f/2.0 aperture. Both these sensors are complimented with an RGB sensor as well as a LED flash.

I did take a few shots from both cameras and here’s a gallery of it.

I still need more time to explore the device, and I’ll provide it in my complete review which I’ll be posting this weekend. As it’s my first impression, I can say that the wide-angle camera on the rear side is an asset. It’s a known fact that the bokéh effect is more of a software processing, so giving a depth-sensing camera on the rear side is basically of no use. The shots did come out pretty great, and the colors are not saturated at all. The fine details even in the super-resolution mode did impress me.

I have to talk a lot about the AI implication in the camera, but I’m keeping it for the full review. In one line, I can say that the AI camera really understands the scenes and optimizes the camera settings wisely. But even then, you’d have the adjust the brightness which I think we’ve to do in every smartphone now.

As already mentioned, this is the first notch phone after iPhone X which touted to revolutionize the Android smartphone market. It’s by far the best adoption of the notch by providing the gestures, which is absent in various other notch phones. It’s true that there are notch-less smartphones now, but they’ve not entered the Indian smartphone market yet. Till then, the flagship market could be dominated by these notch phones. 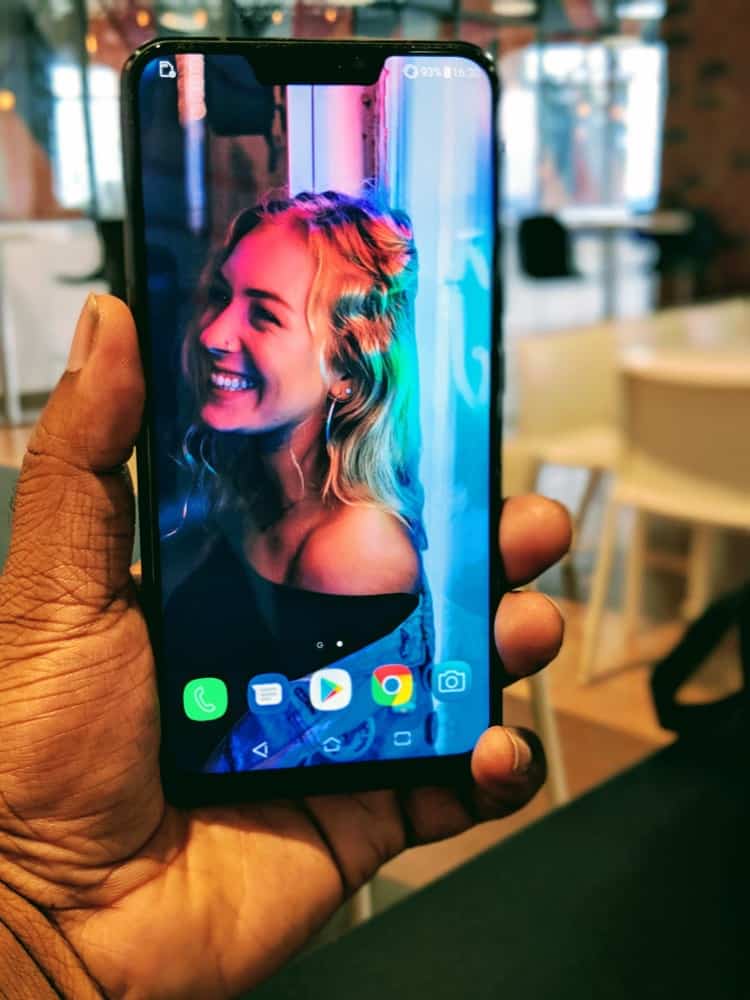 When I got my hands-on Zenfone 5z, the first thing that attracted me is its display. It is of 6.1-inch full HD+ super LCD display and 550nits of brightness. Again, It’s one of the brightest displays I’ve ever seen in a smartphone recently. As usual, there’s adaptive brightness, bluelight filter, etc. to protect your eyes.

One other thing that caught my eye is the shortcut to make the apps compatible with the new aspect ratio. In other phones, we’ve to change for each app in the settings, but in 5z, the shortcut is added to the navigation itself. That comes really handy when opening the applications for the first time.

Zenfone 5z is a flagship device and of course, powered by the latest chipset Snapdragon 845 with Adreno 630 as GPU. It runs on ZenUI 5.0 on top of Android 8.0. The unit I received has 6GB of RAM and 64GB internal storage. There’s a hybrid SIM slot and that makes it possible to expand the memory till 512GB using a micro SD card. The battery range is of 3,300mAh and it’s more of very similar to the current flagships range. Here comes the best part – the AI works concurrently with the ZenUI, and optimizes your phone based on your usage. It learns from your usage behavior, and understands the patterns, suggests you optimizations that can further improve the performance.

There are several changes in the ZenUI 5.0 compared to previous generations. Firstly, there’s bloatware [ a lot of them are quite useful], and almost all of them can be disabled. As usual, the Zen launcher is pretty sleek and does what it’s meant for. I’d say, the ZenUI 5.0 does give an impression of stock UI with extra features.

In my regular usage, I didn’t find any lag or sluggish as it’s a heavy power duty phone. There’s a new feature called AI boost which further boosts the CPU cores and enhances the performance of the device. I used it when gaming, but the perks come with a little extra drain in the battery. Mostly, I stick to normal mode as it’s more than enough to play the high-end games. One major thing I should talk about here is the sound.

Just like the Max Pro M1, the Zenfone 5z also comes with 5-magnet speaker with dual NXP Smart Amp for louder sound. There’s a new Audio wizard comes in the phone which is pretty handy. Also, an outdoor mode is present which enhances the sound 2x more when turned ON.

The phone has a 3.5mm headphone jack, and it comes with a new ZenEar Pro Hi-Res earphones in the box. The sound quality is clear, and there’s no noise in it. Overall, there are 3 mics present on the phone which are for noise reduction when recording the audio/video. I’d say this is yet another asset in this phone.

Since I got my hands-on Zenfone 5z very recently, I can’t judge about it. There are some recommendations the phone prompted many times and indicated battery-draining apps, but it’s more from the ‘Mobile Manager’ application than the AI itself. I’m yet to experience how AI is going to optimize the phone. So, to share my opinion, I’d require yet another week [at least]. What I can say from my regular usage is the phone can withstand for almost a day, and on heavy usage, it could last for 12+ hours. Again, these are arbitrary and might vary in my final review. 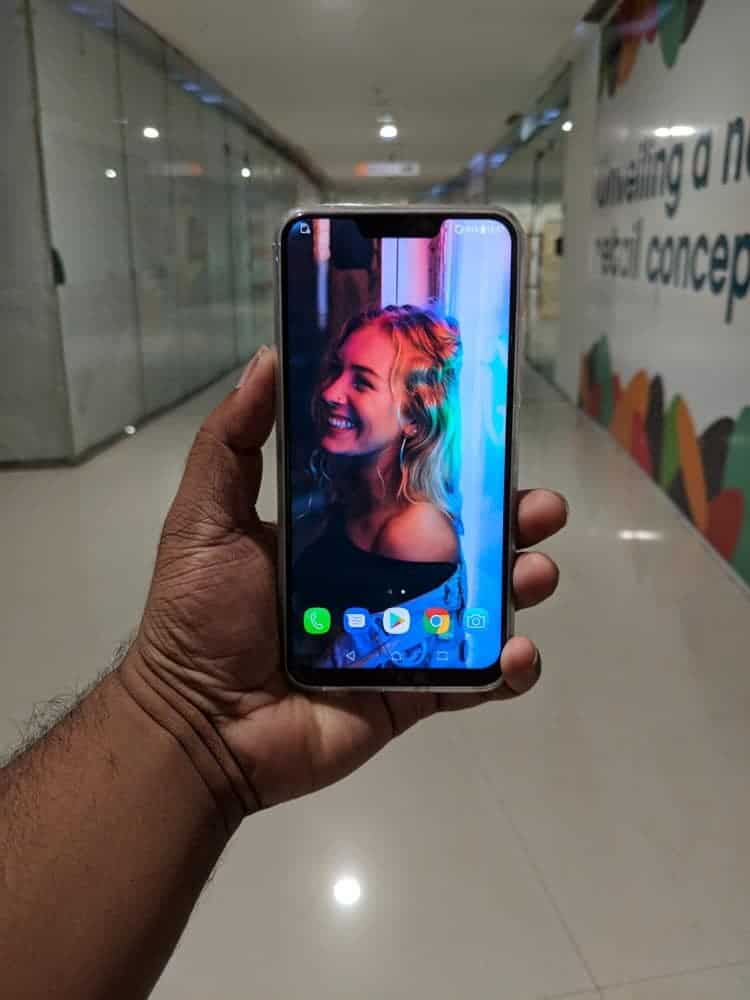 As it’s my first impression on the device, I feel judging the phone is a bad idea. So, I’d like to highlight the main features of the phone, so you’ll get a better understanding of the device. Here you go –

Main Highlights of Zenfone 5z in my Opinion:

Umm, there are a couple more which I’d further add it here when I find out. But for now, that’s my hands-on & first impressions of Zenfone 5z. Feel free to drop your questions, if you’ve any. Also, I’d recommend you to wait for my complete review before you make moves to purchase it.